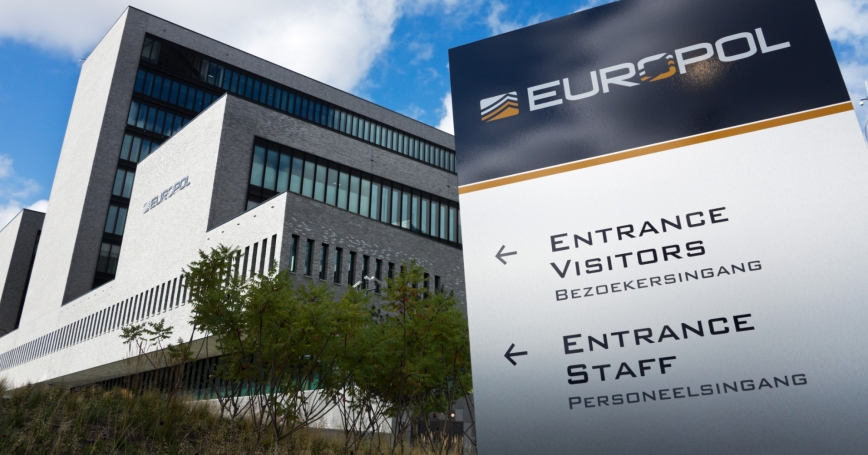 The Europol headquarters in The Hague, Netherlands, September 12, 2013

Brexit has dominated European politics since the announcement of Britain's 2016 referendum to leave the European Union (EU). Security remains a crucial and complex consideration in these discussions. If Britain relinquishes its membership in Europol—the EU's law enforcement agency which handles criminal intelligence—it could lose its ability to use intelligence gleaned from partner member states to thwart terrorism.

Currently, Britain is in the unique and positive position of being able to draw upon two important intelligence alliances, Europol and the “Five Eyes,” comprising information sharing among the UK, US, Canada, Australia, and New Zealand. Still, losing membership in Europol would be a significant blow that Britain could seek to avoid by making continued membership its immediate and key priority during Brexit negotiations.

Europol provides clear and tangible security benefits for member states. It consists of a support center for law enforcement operations, a hub for information on criminal activities, and a center for law enforcement expertise. The agency has a clearly stated goal to “help keep Europe safer,” focusing upon the “biggest threats” of terrorism, international drug trafficking and money laundering, organized fraud, the counterfeiting of euros, and human trafficking. Recently, European states have resorted to coordinating through Europol more often than through simple bilateral agreements, especially given that the most serious crimes the agency is focused on are transnational in nature.

Counterterrorism remains one of the UK and Europe's most pressing concerns. This is unsurprising given the violent attacks by ISIS, al-Qaeda, and other groups that have taken place across Europe in recent years. In 2017, the agency revealed that information sharing on counterterrorism in the EU had reached an “all-time high,” particularly important in the face of 13 successful terrorist attacks in 2016 and 11 in 2017.

The figures speak for themselves in terms of measuring usefulness. After the November 2015 Paris attacks, Europol received 19 terabytes of overall information, 2,500 Secure Information Exchange Network Application message exchanges, 1,247 leads from the Terrorist Finance Tracking Programme, 2,274 other financial messaging leads, and 60 Passenger Name Record requests by early 2017. In 2016, the IRU assessed 1,814 pieces of terrorist propaganda and online content in two days. These examples illustrate a concerted, multinational effort that effectively deals with international security issues, including foreign fighters and online extremist propaganda, among others.

However, the utility of Europol should not be overstated. In the case of the 2017 London Bridge attacks, there was a clear failure in intelligence and information sharing between Italy and the UK. Youssef Zoughba, an Italian-born Moroccan national, had been detained by Italian authorities in Bologna airport in 2016 for attempting to travel to Syria. His passport and phone were impounded, and his details were uploaded on the Schengen Information System II. Despite this, and Italian authorities informing the UK of his activities and movements, he was able to move to East London, illustrating that the UK did not act upon nor make use of the information provided to them by Italy.

In addition to Europol, the UK has strong intelligence links of its own, including with countries of the Commonwealth and the United States in the form of the “Five Eyes” intelligence alliance. Cited benefits of the alliance include the decades of allegiance among the countries since the world wars and a shared common language. The participating nations also share similar security classifications and security standards.

However, the “Five Eyes” has encountered its own issues, particularly information breaches. This was illustrated by the Manchester 2017 bombing, when the UK temporarily suspended intelligence sharing with the United States after the U.S. released death toll numbers and the New York Times published confidential photos of the crime scene. While the pros of the “Five Eyes” clearly outweigh the cons, Europol participation is still probably more important for Britain given that the agency covers a vast array of areas and institutions, including revenue and customs, drug trafficking, crime, and illegal immigration.

In February, UK Prime Minister Theresa May called for a new security treaty between the UK and the EU, offering to have a special exemption on the remit of the European Court of Justice to ensure the UK's continuing participation in Europol, Eurojust, and the European Arrest Warrant. This illustrates how important Europol is to the continued fight against terrorism and crime. At present, it is unknown whether the EU will grant this, but the signs aren't good. In November 2017, Michael Barnier, the European Commission's chief negotiator, said that Britain would no longer be a part of Europol when it left the EU. Such a strong, public statement puts into question May's ability to secure an agreement between the UK and the EU to continue the status quo on such memberships.

Despite intelligence gaps remaining in the EU, it is clear Europol is a highly effective organization that is essential in addressing transnational crime in today's interconnected, globalized world. Currently, Britain is in the strong position of being a member of both Europol and the “Five Eyes.” Despite the current weakness of ISIS, the threat from terrorism remains high; Britain could seek protection by making membership in Europol and information sharing one of its highest priorities during Brexit negotiations.

Antonia Ward is an analyst on the Defence, Security and Infrastructure team at RAND Europe. Her research interests include counterterrorism, countering violent extremism, intelligence, and cybersecurity.

This commentary originally appeared on Georgetown Security Studies Review on June 15, 2018. Commentary gives RAND researchers a platform to convey insights based on their professional expertise and often on their peer-reviewed research and analysis.