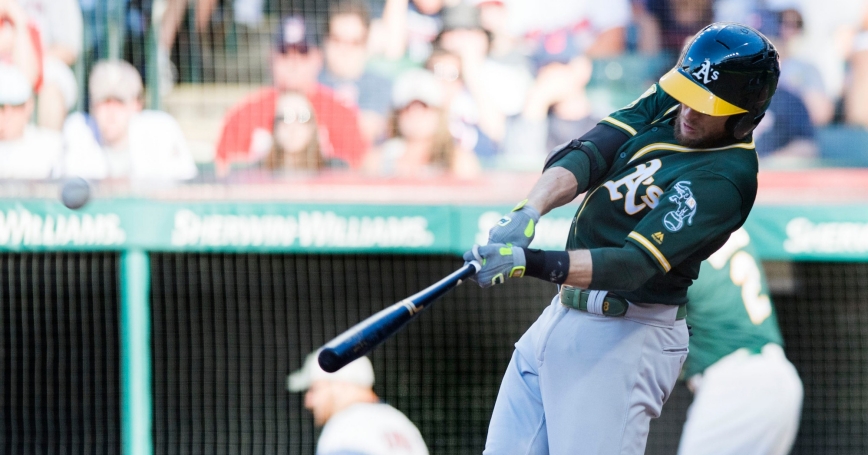 Aluminum bats were widely adopted by amateur baseball leagues in the 1970s, much to the dismay of scouts who had long relied on the sound of the “crack” of a wooden bat colliding with a baseball to evaluate promising sluggers. The professional baseball teams of today make player decisions after squads of sophisticated analysts evaluate hundreds of measurements taken by scientific instruments. Building a baseball team by relying on subjective memory has gone the way of manual scoreboards.

Increasingly, detailed data and complex analysis are the foundation of decisionmaking in baseball and many other professions and occupations. One notable exception is political and civil discourse in modern life, and the public policymaking that accompanies it. Facts are out of favor and trending downward in these arenas, even as they become increasingly important almost everywhere else, a phenomenon we refer to as the “Truth Decay Paradox” in our research for the nonpartisan RAND Corporation.

Outside of the political realm, failure to effectively use data results in undesirable consequences. Whether acquiring a company or making a capital investment, successful business leaders start with verifiable facts. The same is true for doctors making a diagnosis, individual investors trying to maximize returns or consumers searching for a reliable used car. Making any such decision without first searching for and establishing the facts increases the risk of a costly mistake.

In the world of politics, a different reality has taken hold. Partial truths or falsehoods can bring advantage by appealing to the preexisting beliefs and biases of the targeted audience. Partial truths in political discourse can allow politicians to pursue policies they want to implement for ideological purposes or political gain.

Historically, electorates have rarely held policymakers of either party accountable when facts are ignored in discussing and addressing public policy problems — perhaps in part because the costs of such discourse and decisionmaking seem intangible and less important than partisan victories. Truth Decay abounds in discussions of public policy: The line between facts and opinions or anecdotes is blurred, the sheer volume of opinions often drowns out facts, and trust in traditional sources of factual information is declining.

Some of the greatest policy failures in U.S. history have occurred when insufficient attention was paid to available facts and data.

The consequences of Truth Decay are direct and severe. Some of the greatest policy failures in U.S. history have occurred when insufficient attention was paid to available facts and data. If policymakers in the 1930s had made better use of economic data and benchmarks, the Great Depression might have been shorter, with less economic pain inflicted on millions of Americans. If policymakers in the 1960s had paid greater attention to some of these same economic indicators, the Great Inflation of the 1970s might not have occurred, or at least been ameliorated.

More subtle but equally damaging consequences also accompany Truth Decay, weakening our democratic institutions and harming individual well-being. Civil discourse and balanced media coverage have eroded. Respectful debates about policy options have given way to increasingly charged civil and political discourse that distracts from the important policy debates society should be having.

As policymakers argue over basic facts, legislative processes have become increasingly dysfunctional. Gridlock is increasingly common, preventing policy decisions on key issues such as immigration and health care and leaving millions in limbo. A clear example of this political dysfunction and stalemate — the 2013 government shutdown — had serious consequences for military veterans awaiting medical care and job retraining, limited the creation of private-sector jobs and undermined crucial processes to ensure food and transportation safety.

The dysfunction is contributing to a growing alienation and detachment of citizens from their government and the political process. Voter participation is falling among certain demographic groups. Equally important, survey data suggest that average levels of political efficacy, individuals' sense that they have a voice in their own government and that the government will be responsive to their preferences, have been declining over the past decade.

Truth Decay is most harmful when it comes to tackling the most complex problems. Most major challenges facing political decisionmakers cannot be effectively solved in the span of a four-year presidency, much less a two-year congressional term. Meaningful and lasting reform is usually the result of teamwork, an achievement resulting from collaboration by the two major parties. That applies to reforming a major entitlement program, modernizing U.S. military forces or completing a major trade deal. This is only possible when both parties agree on the facts. When they don't, the result can be policy oscillation, a sequence of repeal-and-replace zigzags.

This policy whiplash creates uncertainty about the long-term direction and consistency of American policy, and it has serious consequences for individuals and corporations. Uncertainty about the future of the Affordable Care Act, for instance, has contributed to rapidly rising insurance premiums (PDF). Businesses struggling to navigate an uncertain policy environment can be hesitant to make the long-term investments necessary for lasting growth and innovation (PDF).

More problematic, the chances of dealing successfully with any major challenge amid this level of constant policy churn and reversal are slim. Try naming a successful company or a winning baseball organization that makes major decisions this way. A public policy decision is no different than a business decision in this respect: Facts matter.

This commentary originally appeared on Pittsburgh Post-Gazette on July 11, 2018. Commentary gives RAND researchers a platform to convey insights based on their professional expertise and often on their peer-reviewed research and analysis.