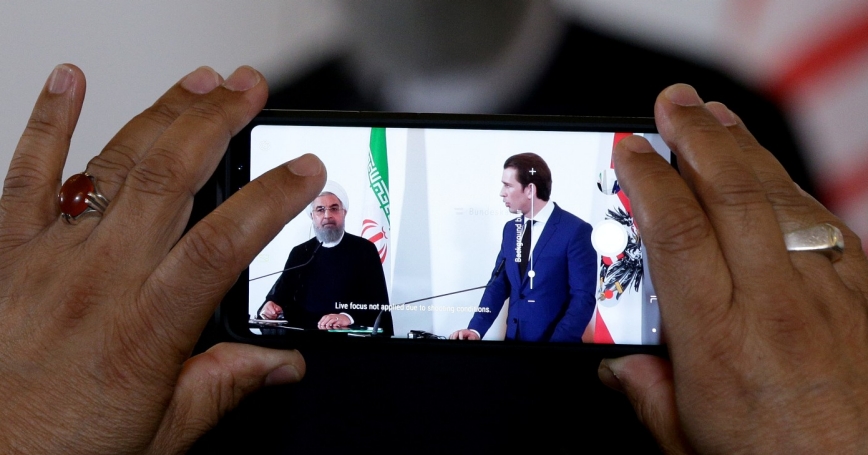 Alarmed by Russian efforts to influence the 2016 U.S. presidential elections, U.S. media, strategists, and intelligence agencies await the upcoming midterm elections in November with consternation, warning of the danger of renewed meddling from Moscow. Yet new reports suggest that the Kremlin may have company in its efforts to shape the U.S. domestic information landscape: Iran.

In the past few days, Facebook and Twitter were among several platforms that announced the deletion of hundreds of suspicious social media accounts, which the companies said were linked to a systematic Iranian disinformation campaign abroad. According to FireEye, the cybersecurity firm that first raised the alarm, the groups associated with the campaign often presented themselves as independent news outlets but were in fact linked to Iranian state media. Their content was designed to push issues and narratives in line with Iranian foreign policy, promoting “anti-Saudi, anti-Israeli, and pro-Palestinian themes, as well as support for specific U.S. policies favorable to Iran, such as the U.S.–Iran nuclear deal.”

The revelations echo recent comments by National Security Adviser John Bolton, who called Iranian meddling a “national security concern.” But they should not come as a surprise to Washington: although Iranian disinformation efforts abroad have been fairly limited and there is no evidence that the recently deleted accounts were specifically designed to affect the outcome of the November midterms, Tehran is no stranger to information warfare. Like few other authoritarian regimes, the Islamic Republic has long understood that information is hard political currency.…

Ariane Tabatabai is an associate political scientist at the nonprofit, nonpartisan RAND Corporation.

This commentary originally appeared on Foreign Affairs on August 24, 2018. Commentary gives RAND researchers a platform to convey insights based on their professional expertise and often on their peer-reviewed research and analysis.