Can U.S. Pressure Lead to a New Iran Nuclear Deal? 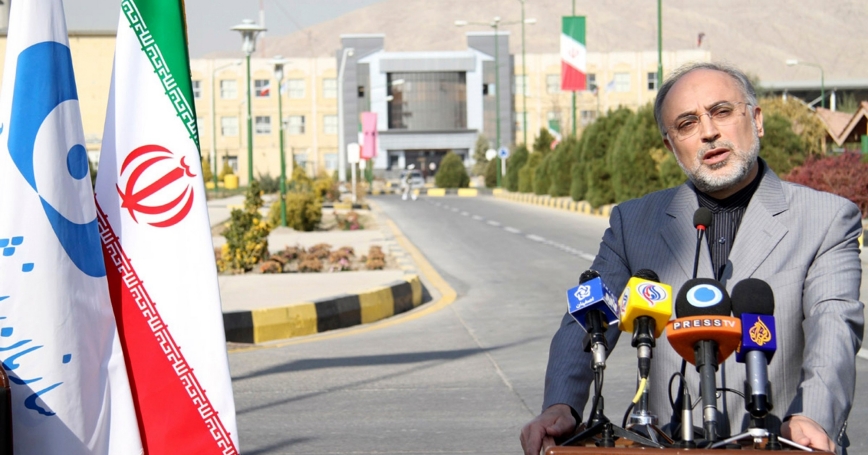 One of President Donald Trump's chief foreign policy objectives is to strike a deal with Iran to end or significantly reduce the regime's ballistic missile and nuclear programs and regional activities. To this end, the administration has pulled the United States out of the nuclear deal achieved under President Barack Obama—known as the Joint Comprehensive Plan of Action or JCPOA—reimposed sanctions on Iran, and undertaken a pressure campaign to try and force Iran back to the negotiating table to strike a “big for big” deal. In its efforts to do so, however, the United States could be making a mistake if it assumes that more pressure will automatically bring it closer to its goals. Particularly when it comes to measures aimed at Iran's nuclear program, more pressure could worsen nuclear risks and further drive a wedge between the United States and its European allies.

In the months leading to and since President Trump's announcement that he was pulling America out of the nuclear deal, many Iran watchers have taken to the pages of prominent foreign policy outlets to argue for or against the U.S. withdrawal from the JCPOA, and provide recommendations for what the United States should do next. Advocates of the administration's approach see economic sanctions and political isolation as critical to achieving a new, better deal. Although some have offered specific suggestions, there doesn't appear to be consensus on what sanctions and isolation should entail in practice. In addition, these critics have paid inadequate attention to how the United States should execute what will likely be a years-long maximum pressure strategy aimed at a new deal, while mitigating the risks of Iranian nuclear advances and provocations that such a maximum strategy poses a good chance of producing. In essence, observers may be losing sight of the broader objective and thus offering some counterproductive ideas.

For example, several authors have argued that the United States shouldn't limit its pressure campaign to Iran, and should also target America's own European allies who'd be willing to work with Tehran or, at the very least, refuse to get in line behind Washington. The administration has also seemed to back this approach. But this could be a shortsighted recommendation, one which could widen the gulf between the United States and its closest allies and play into the hands of key adversaries, Russia and China, as well as Iran. Such an approach might help tighten the economic vise on Iran, but it could also undermine critical U.S. assets in striking any meaningful deal with Iran: U.S. multilateralism and leverage over key international players who'd be critical in any diplomatic process with Iran over the long run.

Likewise, others have suggested that the United States should actively seek to stymie several key provisions within the nuclear deal, which are currently being implemented by the remaining parties to the agreement.

These include sanctioning any company or bank involved in providing Iran nuclear technology via the UN-endorsed procurement channel (PDF), ostensibly to deny Iran technology that could advance its ability to build nuclear weapons. Doing so, however, would likely cause the channel—which grants U.S. allies with extraordinary control over, and insight into, Iranian procurement activities—to effectively collapse. Iran would not stop acquiring nuclear-related technology. Rather, Iran could once again ramp up its illicit nuclear procurement activities, significantly reducing the international community's ability to control what Iran was purchasing, and know where it was going. Far from a concession or benefit to Tehran, the channel has instead led to a fair bit of criticism from Iranian hardliners, who claim the channel undermines national sovereignty by allowing foreign powers to decide what technology Iran can and can't have access to. Hence, the removal of the channel would make it easier for Iran to acquire sensitive technology, and it'd be welcomed by hardliners.

Similarly, some have called on the administration to pressure its allies into stopping the redesign of the Arak Heavy Water Research Reactor—aimed at significantly reducing the amount of plutonium produced by the reactor—and the underground Fordow complex, which was once used for uranium enrichment, but is being repurposed to pose less of a proliferation concern. If international partners withdraw their efforts from those facilities and leave them incomplete, Iran would have more of an incentive, not less, to convert these facilities back to their pre-JCPOA designs, increasing the proliferation risk.

Finally, recognizing that aggressive measures could in fact prompt Iran to expand its nuclear program, advocates for the pressure approach have proposed using military action should Iran resume nuclear activities halted under the deal. There are incredibly few scenarios that would warrant a U.S. military strike on Iran's nuclear program. A U.S. strike in response to increases in Iranian centrifuges or accumulation of enriched material in excess of JCPOA requirements could be a colossal mistake, risk sparking a regional war, and leave the United States more isolated. It is this calculation that perhaps exposes the deepest—and most dangerous flaw—of an indiscriminate maximum pressure approach: Being willing to rely on military force to achieve a goal that was already met via peaceful means.

Taken together, these recommendations probably won't help the United States force Iran to roll back its nuclear program. Instead, they could lay the foundations for its expansion, divide the United States from its most important allies, and, ultimately, increase the risk of conflict. In advocating for this type of pressure, those hoping to see the nuclear deal's demise are offering advice that appears counter to their objective of stopping Iran from getting a nuclear weapon.

Ariane Tabatabai is an associate political scientist at the nonprofit, nonpartisan RAND Corporation. Eric Brewer is a visiting fellow at the Center for a New American Security.

A version of this commentary originally appeared on foreignpolicy.com on September 18, 2018.