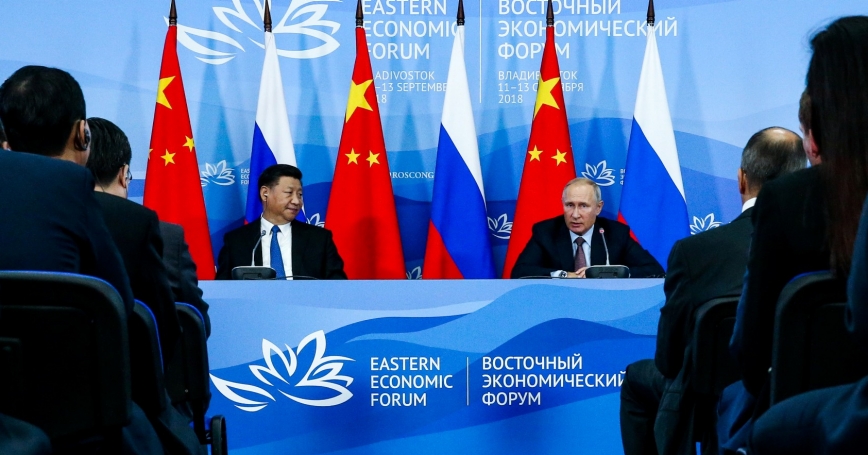 In the largest Russian military exercise since the height of the Cold War, Moscow this week is deploying 300,000 troops, 900 tanks and 1,000 aircraft in central and eastern Russia. The military demonstration, called “Vostok 2018,” or East Exercise 2018, is expected to last from Sept. 11 to 15. This year, for the first time ever, Chinese military forces will participate, sending 3,200 troops and 30 aircraft over the border into eastern Russia. Similar Cold War-era drills only included states that were part of the Soviet sphere.

The Vostok exercise highlights two important, seemingly contradictory things about the relationship between China and Russia. First, the appearance of military cooperation masks deep strategic distrust and suspicion below the surface. But second, despite these real limitations, strong incentives and a lack of alternatives provide a sturdy foundation for a continued strategic partnership going forward.

Vostok 2018 represents the latest in a series of combined Chinese-Russian military exercises stretching back more than a decade. Their militaries have been training together since 2005, and China and Russia have been holding joint naval exercises every year since 2012, including near each other's respective hotspots. Last year, China sent three naval ships to its first jointly held exercise with Russian forces in the Baltic Sea. In 2016, the two navies carried out a joint exercise in the South China Sea, which many read as a response, in part, to a ruling by the Permanent Court of Arbitration in The Hague rejecting China's territorial claims in the contested waterway.

Warm political statements by top Chinese and Russian leaders have complemented these military actions. In June, Chinese President Xi Jinping awarded China's first “friendship medal” to Russian President Vladimir Putin, describing the Russian leader as “my best, most intimate friend.” During a visit to Moscow in April, Chinese Defense Minister Wei Fenghe said he wanted to “let the Americans know about the close ties between the armed forces of China and Russia.” Alarmed by these developments, commentators have warned of the growing global alignment between authoritarian states in China and Russia against the liberal democracies of the West, which some have characterized as an “axis of autocracy.” Moscow and Beijing seem to be in the market for partners against the West. In June, they hosted Iran at a meeting of the Shanghai Cooperation Organization, a Central Asian regional security bloc led by Beijing and Moscow.…

Timothy R. Heath is a senior defense and international researcher at the non-profit, non-partisan RAND Corporation.

This commentary originally appeared on World Politics Review on September 11, 2018. Commentary gives RAND researchers a platform to convey insights based on their professional expertise and often on their peer-reviewed research and analysis.