A Threat to Immigrant Health Care with Potential Consequences for All 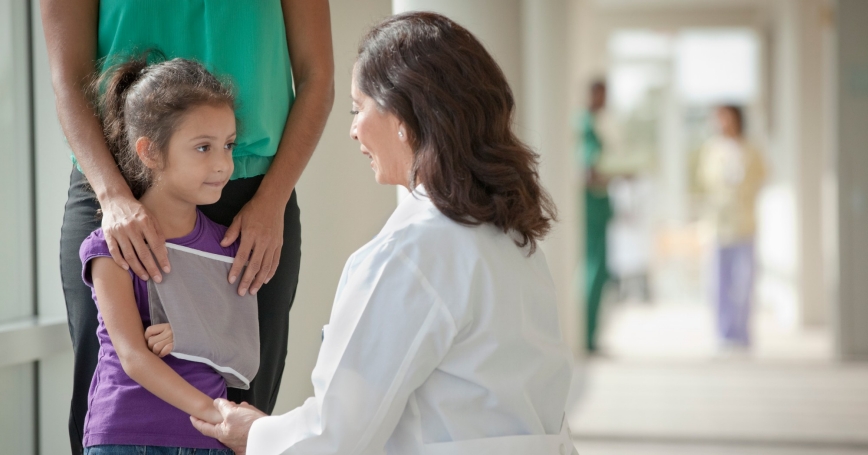 The “public charge” rule that affects who can enter the United States legally and possibly gain legal permanent resident status is set to be amended, according to a Department of Homeland Security (DHS) document published Wednesday in the Federal Register.

The proposed changes could jeopardize decades of progress towards improved health care access and health for immigrants and U.S. citizens.

These changes would make authorized immigrants who receive Medicaid ineligible for green cards and visas and, in some cases, subject them to deportation. (Some classes of immigrants are exempted from the public charge rule, such as refugees and asylees).

As noted in the document from DHS, the change in definition of “public charge” will have repercussions for health care access for many immigrant families and, potentially, for the health of U.S. citizens as well.

The use of “public charge” in immigration policy has been around since the late 1800s, but it wasn't until the end of the 1900s that it was tied to receipt of health care benefits.

It also gave consular agents the authority to deny immigrant applications for legal permanent resident status if they had used “federal public benefits.” As a result, a substantial number of authorized immigrants became ineligible for public insurance.

State-funded programs to preserve eligibility, such as those in California, ameliorated some negative effects, but many of those eligible were discouraged from enrolling and seeking care out of fear that it might affect their immigration status or that of a family member.

Because of these widespread effects, in 1999, the Immigration and Naturalization Service issued clarifying guidance stating that only government cash assistance could be considered in a public charge assessment.

Thus, immigrants could still receive Medicaid for health care and other non-cash benefits like food stamps and Women, Infants, and Children program benefits without jeopardizing their immigration status.

Proposed changes to the “public charge” rule could jeopardize decades of progress towards improved health care access and health for immigrants and U.S. citizens.

A decade later, the Affordable Care Act (ACA) was passed. Like PRWORA, the ACA excluded undocumented immigrants and maintained the five-year residency requirement.

Even so, recent research found that, nationally, the ACA closed the coverage gap between U.S.-born and naturalized citizens and non-citizen immigrants—particularly in states that expanded Medicaid.

These expansions in health insurance among immigrants and the associated improvements in health care access and quality could now be at risk with the proposed change to the public charge definition.

Why would the threat of being labeled a public charge deter immigrants from enrolling in Medicaid? Because, for the most part, immigrants are younger and healthier than the U.S. population overall. Health insurance therefore seems less urgent than does a job.

For those who come to this country to work and make a better life for their families, being denied a green card, which is key to gaining lawful employment and the associated benefits, is the worst threat imaginable.

Faced with the proposed rule, many could forgo enrolling in Medicaid and other publicly funded benefits if they fear it will affect their ability to work legally in the United States.

Yet, access to Medicaid and other publicly funded health services is critical for immigrant populations. This is because although immigrants are more likely to be working than non-immigrants, they are also more likely to work in jobs that do not provide health insurance and that pay low wages.

Research is also clear that immigrants' lack of health insurance leads to reduced access to care and poorer quality care for them and their citizen-children. This could put all of them at risk for deteriorating health over time.

And this affects not only immigrants and their children, but also the broader population. Research has found that high levels of uninsurance in a community create a higher financial burden of uncompensated and charity care at the local level and reduces the overall quality of care provided in the community to the worse health outcomes.

In its description of the proposed rule, the DHS acknowledges (PDF) that many immigrants and possibly U.S. citizens will be affected by the rule, noting various negative effects, including:

DHS also acknowledges that there could be indirect costs for community-based organizations that provide services to those who forgo enrollment in public benefit programs.

Now that it's published in the Federal Register, the public will have 60 days to post comments.

In fact, DHS requests comments on possible consequences of the rule and “appropriate methodologies for quantifying non-monetized potential impacts,” which they will consider before publishing the final rule.

Implementation of the proposed rule could threaten many of the improvements in health care access for immigrants and their citizen-children that were implemented over the past two decades.

Kathryn Pitkin Derose is senior policy researcher at the nonprofit, nonpartisan RAND Corporation and a professor of health policy at the Pardee RAND Graduate School.

This commentary originally appeared on The Hill on October 11, 2018. Commentary gives RAND researchers a platform to convey insights based on their professional expertise and often on their peer-reviewed research and analysis.