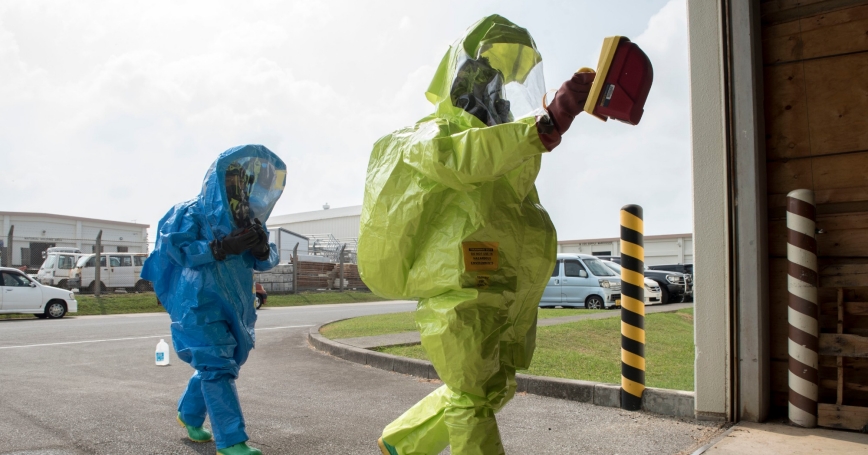 The Trump administration recently published its National Biodefense Strategy (PDF). The strategy proclaims that managing the risk of biological threats is in the “vital interest” of the United States, whether such threats are naturally occurring diseases, accidents involving dangerous pathogens, or deliberate attacks using biological agents. The document provides a solid foundation, but more may be required to fully realize its goals and objectives.

In addressing this bipartisan issue, the administration largely builds on the biodefense strategies of the George W. Bush and Barack Obama (PDF) administrations. Common areas across the three strategies include recognition of the global nature of biological threats; the need to collaborate with a range of key stakeholders including foreign partners, state and local authorities and industry; and the need for risk-based decisionmaking in preparedness and response activities. Like those of his predecessors, the Trump strategy was accompanied by an implementation document which provided additional details on how the goals and objectives would be achieved.

First, ensuring adequate resourcing is essential. Each of the biodefense strategies contained goals and objectives that specified the outcomes to be achieved. The accompanying implementation plans provided direction on how these goals were to be met, but none of them, including the new Trump strategy, explicitly stated where the necessary resources would come from. To turn plans into action, full resourcing is required. The recent National Defense Authorization Act begins to identify resources but reflects only a start that would need to be further developed. A critical first step could be to determine current biodefense spending levels across the federal agencies and departments involved.

Second, governance could again be an issue in implementing the new biodefense strategy. In the George W. Bush biodefense strategy, implementation of the strategy largely fell to the individual cabinet-level departments and agencies. The resources allocated to the individual portions of the strategy were distributed to the organizations for implementation. Coordination occurred but was not institutionalized across the government or managed through a permanent centralized structure.

Learning the lessons from the implementation of the earlier strategy, the Obama administration created a National Security Council (NSC) led process that required the individual departments and agencies to develop plans that were synchronized. The Office of Management and Budget allocated resources according to the priorities of the biodefense strategy through the NSC synchronized department and agency plans. This proved cumbersome and difficult to manage.

The Trump biodefense strategy contains provisions for a governance structure placing responsibility for execution with the secretary of Health and Human Services and providing a dedicated implementation body to assist in monitoring implementation of the strategy. While this centralizes responsibility and authority within a single department, whether a single secretary will have the clout to influence his counterparts across the government remains to be seen.

Interestingly, the bipartisan Blue Ribbon Study Panel on Biodefense co-chaired by former Pennsylvania Gov. Tom Ridge and former Connecticut Sen. Joe Lieberman identified this governance shortfall, recommending in its 2015 report that the vice president has the role of synchronizing national biodefense efforts. This recommendation, which was never acted on, was based on the cross-cutting nature of biodefense and inherent difficulties of interdepartmental coordination on complex issues.

Finally, building momentum and maintaining follow-through should be an essential element of any biodefense strategy. Implementing complex interagency plans requires leadership focus, measurable metrics to assess progress, and adequate resources. A full court press could be required to develop the institutions and resolve to place this overarching strategy above individual department and agency priorities.

This commentary originally appeared on RealClearDefense on October 2, 2018. Commentary gives RAND researchers a platform to convey insights based on their professional expertise and often on their peer-reviewed research and analysis.