In Opioid Policy, One Size Does Not Fit All 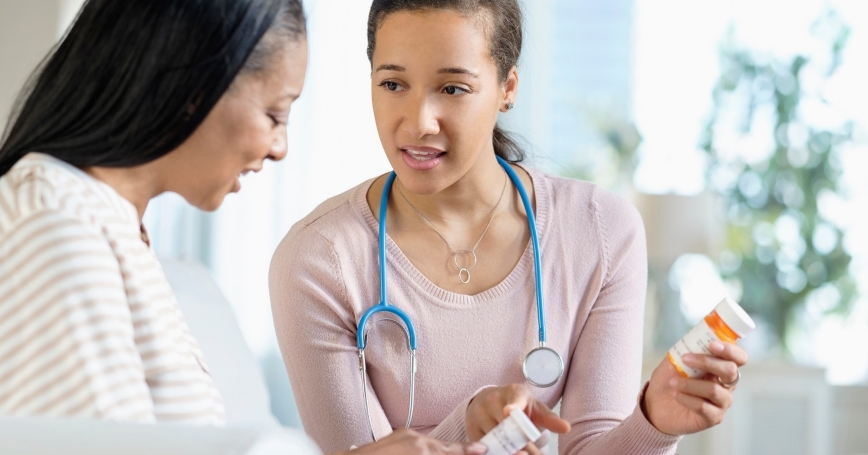 Americans are living through the deadliest drug crisis in the nation's history. Opioid-use disorders affect an estimated nine out of every 1,000 Americans. The projected economic burden of opioid abuse and overdose is staggering—nearly $500 billion annually, more than the federal government spends on health care for the poor each year.

Only one out of 10 individuals suffering from opioid addiction gets the treatment needed. One of the ways Congress has moved to address the opioid epidemic is through the SUPPORT for Patients and Communities Act, which includes provisions intended to substantially increase access to treatment using medications such as methadone and buprenorphine, the gold standard treatment for opioid-use disorders.

Methadone can be provided to patients only in specially licensed clinics that usually require them to visit daily. But buprenorphine is as effective as methadone for most patients, and it can be prescribed by a qualified physician, physician assistant or nurse practitioner in office-based practices after the providers complete a brief training course. The new legislation includes a number of promising efforts to increase the use of buprenorphine, including adding clinical nurse specialists, certified nurse midwives and certified registered nurse anesthetists to the list of health care providers allowed to prescribe buprenorphine; expanding the use of telehealth and providing grants to establish opioid recovery centers; and increasing the number of education programs so more clinicians can be qualified to prescribe buprenorphine.

Yet, more may still need to be done to increase the use of medication-assisted treatment as much as is needed given the scale of this epidemic. Since 2002—when physicians were first allowed to prescribe buprenorphine in office-based practices—access to treatment has expanded, especially in rural areas where methadone clinics are scarce. But many physicians who are authorized to prescribe buprenorphine are not prescribing it to their patients, and most of those who are prescribing it are not treating anywhere near the maximum number of patients they are allowed to under federal law. We don't know all the reasons for this, but it may be due to inadequate reimbursement for treatment and the unavailability of sufficient counseling for patients receiving buprenorphine, among other reasons.

Investments may be required to increase the availability of counseling to accompany medication-assisted treatment.

Given the magnitude of the crisis and the need for accessible effective treatment, corresponding investments may be required to increase the availability of counseling to accompany medication-assisted treatment for individuals with opioid-use disorders, increase Medicaid reimbursement for drug treatment, and attempt to reduce the stigma associated with mental health treatment. Such investments could help ensure treatment is widely available to those in need.

Policymakers who may be frustrated that current policies seem ineffective may also be tempted to help “solve” the crisis by trying to eliminate or severely limit opioid use. That may seem like an obvious solution because it reduces easy access. But it is likely to have unintentional and undesirable consequences, including reducing access for people who derive clinical benefit from opioid pain medications and likely motivating some individuals unable to get into treatment to switch to other drugs such as heroin and fentanyl. As a result, policies intended to reduce easy access to opioids could lead to more heroin overdoses and higher rates of HIV and hepatitis C.

When it comes to opioid policy, one size does not fit all. If the opioid crisis is to be solved, the way policymakers think about it needs to evolve from considering each aspect of it in isolation to viewing the crisis as an ecosystem, where policies targeting only one dimension too often ripple throughout the system, with unintended consequences.

Bradley D. Stein, director of the RAND Opioid Policy Tools and Information Center, is a senior physician scientist at the nonprofit, nonpartisan RAND Corporation and an adjunct associate professor of psychiatry at the University of Pittsburgh.

This commentary originally appeared on The Hill on October 11, 2018. Commentary gives RAND researchers a platform to convey insights based on their professional expertise and often on their peer-reviewed research and analysis.