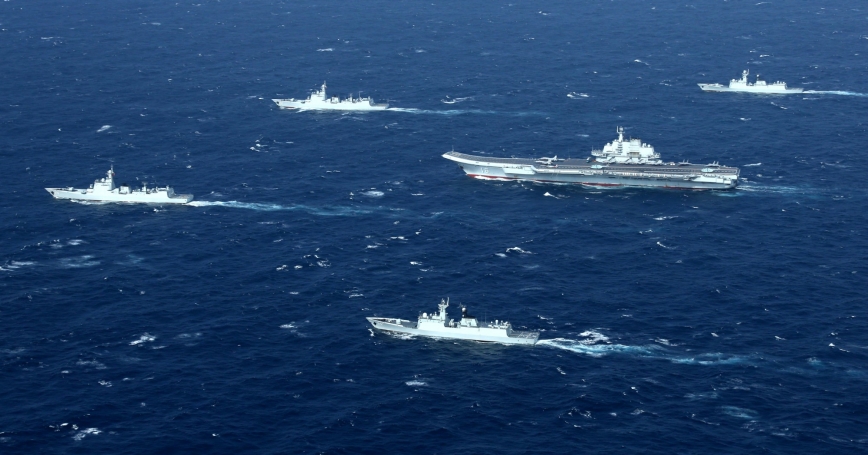 Keeping strategic waterways throughout the Indo-Pacific region “free and open”—a key Trump administration objective—is getting harder. China continues to militarize the South China Sea and bully neighbors that have competing maritime claims. Successive U.S. administrations have tried to use regional forums, especially the Association of Southeast Asian Nations (ASEAN), to push back against Beijing's excesses, largely without success.

The Trump administration's resurrection of the Quadrilateral Security Dialogue offers some hope. Known as “the Quad,” it is an informal dialogue among four democratic countries—the United States, Australia, Japan, and India—that quietly coordinate security policy and military activities with China in mind. The Quad fell apart in 2008, however, because of shifting domestic politics in Japan and cold feet among the other three. Even in its revised form, though, if steps aren't taken to broaden the group, it's in danger of failing to achieve its core mission.

The revived Quad has held just two meetings since Trump's Asia visit last November and has yet to hold any joint freedom of navigation operations or joint exercises—justifiably fueling skepticism the group will once again collapse. This time, India has the most reservations about participating in an overt coordination mechanism to balance against China.

One way the Quad might consider getting its house in order is to extend dialogue partnerships, or plus-ones, to ASEAN maritime counterclaimant states. Indian Prime Minister Narendra Modi has noted that the Indo-Pacific should not be run by “a club of limited members.” ASEAN states, however, have long preferred to remain nonaligned in order to avoid involvement in any potential conflict between the United States and China, so they would not be interested in becoming full-fledged Quad members. But if the Quad could receive an endorsement from these regional residents, and further engage with them in Track 1.5 discussions, which mix government representatives and think tank experts, on security issues of mutual concern, it could go a long way toward making Quad members feel more confident about the legitimacy of their activities.

The Quad might consider getting its house in order by extending dialogue partnerships to ASEAN maritime counterclaimant states.

Without at least one ASEAN participant, the Quad comes across as a vehicle through which major powers are pursuing great power rivalry against China rather than a collective rebuke of Beijing's attempts to overturn the liberal international order. A lack of buy-in from ASEAN stakeholders makes it easier for Beijing to dismiss the group as nothing more than the latest attempts by the West to contain China. The Quad should seek to broaden its network of defense partners, and just such an opportunity is emerging in the region.

Vietnam is a prime example of a regional ASEAN maritime state that is striving to bolster its defense relationships with the four Quad countries so as to balance against China in the South China Sea. Since Trump's Asia visit last November, Vietnamese leaders have unambiguously signaled their agreement with Washington's “Free and Open Indo-Pacific Strategy” to prevent Beijing from further changing the status quo in disputed areas such as the Paracel and Spratly islands. While visiting India in March, Vietnamese President Tran Dai Quang, who died last month, issued a joint statement with Modi indicating their intent to uphold freedom of navigation and overflight in the South China Sea as well as peaceful and legal settlement of disputes. Hanoi further pledged to work with India to ensure “a peaceful and prosperous Indo-Pacific region.”

In mid-September, Hanoi followed up on deepening maritime cooperation with Tokyo by allowing a Japanese submarine to make its first port call in Vietnam. Then, Vietnam made a return frigate visit to Japan in a sign of strengthening defense ties. In March, Vietnam welcomed the first U.S. aircraft carrier to its shores since the end of the Vietnam War. More recently, U.S. Secretary of Defense James Mattis canceled a visit to China and this week instead traveled to Vietnam to bolster defense relations. Vietnam has also elevated its ties with Australia to a “strategic partnership,” and it has forged extremely deep defense links with India—so much so that India now surpasses Russia as Hanoi's “most reliable defense partner,” according to one local expert. These moves represent a remarkable departure from Vietnam's traditionally low-profile approach.

Jakarta is also pushing back as Beijing's expansive patrols in the South China Sea have recently challenged Indonesian sovereignty in the disputed Natunas. In late August, Indonesian Defense Minister Ryamizard Ryacudu met with Mattis at the Pentagon and affirmed the importance of keeping the Indo-Pacific free and open. Jakarta has signaled (PDF) that it would engage with the Quad only if other ASEAN countries do the same. At the least, however, Indonesia appears increasingly inclined to balance China's excesses in the South China Sea.

Until recently, the Philippines appeared irretrievably lost as an ally after the 2016 election of President Rodrigo Duterte. Duterte immediately inflamed the U.S.-Philippines alliance by traveling to China and declaring that “America has lost now.” Duterte has also declined to enforce a Permanent Court of Arbitration ruling in Manila's favor over Beijing in the South China Sea.

Even so, the Filipino defense establishment has quietly favored bolstering the U.S. alliance. This is because Filipinos are skeptical that Duterte's China-friendly policy is working, amid ongoing tensions over fishing rights in the disputed Scarborough Shoal. Although Beijing has pledged to share its resources, Filipino fishermen must still request permission from the Chinese coast guard to enter the Scarborough Shoal lagoon. Philippines Foreign Minister Alan Peter Cayetano said in May that Duterte would “go to war” over natural resources in the region—a sign that Manila may be reconsidering its policy of engaging Beijing. Despite his heated rhetoric, Duterte in recent months has been receptive to recent U.S. efforts to repair defense relations

Malaysia has mostly maintained a low profile in its maritime disputes with China. This may change, though, after the surprise election of former Prime Minister Mahathir Mohamad in May. Mahathir and Japanese Prime Minister Shinzo Abe recently agreed “to contribute to realizing a free and open Indo-Pacific that is based on the rule of law.” Mahathir also pledged to “keep the Strait of Melaka [Malacca] and the South China Sea for navigation for all countries.” The Malaysian defense minister recently traveled to Japan to discuss freedom of navigation and international law.

Even though Kuala Lumpur under Mahathir remains hesitant to depart from its traditional nonaligned foreign policy, relations with Beijing have cooled. Over the last several months, Mahathir has reconsidered and canceled deals struck by his predecessor, the generally pro-China Najib Razak, as part of Beijing's Belt and Road Initiative. Will Mahathir rebalance in Washington's favor?

At the moment, Vietnam appears to be the most likely ASEAN stakeholder to align with the Quad.

Still other diplomatic pronouncements and defense deals suggest that China's neighbors are moving closer to Quad views. In early September, Indonesian and Australian leaders—without specifically naming China—highlighted the importance of maintaining a “rules-based regional architecture.” Indonesia and India also struck a deal to develop Indonesia's strategic Sabang port, on the tip of Sumatra, presumably to counter Chinese port access deals in the region. And India, Australia, and Indonesia have established a new trilateral security dialogue.

Beyond the moves by these governments to strengthen defense ties to Quad members, their people apparently regard China's rising regional influence as less preferable to sustaining U.S. security alliances and partnerships in the Indo-Pacific. According to a new Pew poll, 43 percent of Indonesians and 77 percent of Filipinos prefer U.S. leadership, compared with only 22 percent of Indonesians and 12 percent of Filipinos being comfortable with China achieving preeminent regional status. This suggests that ASEAN governments may have to act even more deliberately to counter Beijing's actions in the South China Sea.

Eventually, one or more of the ASEAN maritime states may publicly align with the Quad, lending it more credibility and making it more difficult for China to ignore. Such an outcome would also stiffen the resolve of Quad members to remain in the group and take greater risks in balancing China, like engaging in joint freedom of navigation operations, exercises, and other military activities.

At the moment, Vietnam appears to be the most likely candidate, given its rising concerns over Chinese behavior in the South China Sea and deepening defense relations with all four Quad members. But other Southeast Asian nations might later be courted and won over. The Quad's success likely depends on it.

This commentary originally appeared on Foreign Policy on October 19, 2018. Commentary gives RAND researchers a platform to convey insights based on their professional expertise and often on their peer-reviewed research and analysis.