Congress Can Save Arms Control 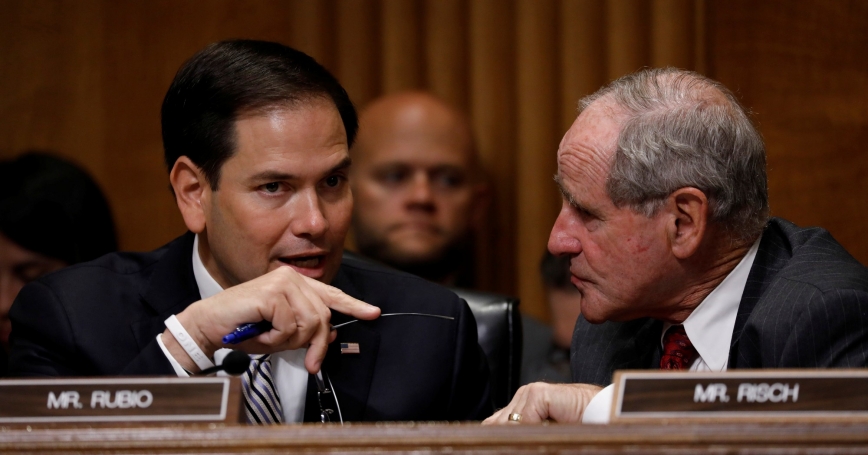 by William Courtney and Greg Thielmann

President Trump is employing novel strategies to obtain deals with North Korea and Iran to eliminate their nuclear arms potential.

But obtaining congressional support for any new pacts is not assured. Success may hinge on cooperation between Trump and Congress on negotiating strategy and on foreign and defense policies to buttress any new accords.

That Congress has a role in major international accords is neither new nor confined to arms control. President Woodrow Wilson spent six months at the 1919 Paris Peace Conference, but unwisely excluded anyone from Congress in his five-person delegation.

Later, the Senate refused U.S. membership in the League of Nations, which Wilson had helped bring about, dealing a blow to European security in the interwar period.

When President Franklin Roosevelt formed his delegation to the 1945 San Francisco United Nations Conference, he made sure that four of the eight members were from Congress, including powerhouse Senators Tom Connally (D-Texas) and Arthur Vandenberg (R-Mich.).

The role of Congress in the nuclear era is no less important. It has insisted on rigorous standards for verifying agreements and has been sensitive to perceptions of inequality.

President Richard Nixon declined to submit his 1972 SALT I Interim Agreement on strategic (long-range) offensive forces to Congress as a treaty, partly because of criticism that it did not eliminate Soviet superiority in all categories.

Four months after he signed the accord, Congress passed the Jackson Amendment requiring that any future treaty not numerically disadvantage the United States.

The Senate has bucked presidents on other pacts. Opposition to the 1979 SALT II Treaty negotiated by President Jimmy Carter delayed Senate consideration, and then the Soviet invasion of Afghanistan killed any chance of securing advice and consent.

Obama declined, however, to submit the 2015 Iran nuclear deal to Congress, explaining that the multilateral Joint Comprehensive Program of Action (JCPOA) set no limits on U.S. weaponry. Some in Congress tried but were unable to block the seven-nation pact.

The lack of explicit congressional endorsement of the JCPOA may have lightened the political burden on President Trump last year when he announced U.S. withdrawal from the terms of the deal.

By not consulting with Congress before announcing last month's U.S. withdrawal from the INF Treaty, Trump may have taken a bigger political risk. The treaty was already under stress from Russia's fielding of a banned ground-launched cruise missile, and Europeans were not vociferous in complaining to Moscow.

Neither the United States nor Russia made energetic use of the treaty's Special Verification Commission to resolve compliance issues raised by both sides.

There are early indications that the new Congress will assert itself on nuclear arms control.

Although Trump may have dodged a bullet in withdrawing from the INF Treaty, he would be wise to engage with Congress before deciding whether to renew the New START Treaty beyond 2021.

Trump has declined multiple offers by President Vladimir Putin to commit to a five-year renewal, even though this step does not require Senate approval and is supported by many in Congress from both parties.

Obtaining a two-thirds margin for Senate advice and consent on a new nuclear treaty could prove infeasible. But narrow control of the Senate by Republicans and the House by Democrats could facilitate cross-over voting required to secure a majority vote in both chambers for an executive agreement.

There is precedent. Pacts with foreign countries on civilian nuclear cooperation (PDF) are approved this way on a bipartisan basis.

There are early indications that the new Congress will assert itself on nuclear arms control. The likely chairman of the Senate Foreign Relations Committee, Sen. Jim Risch (R-Idaho), has secured assurances that a senatorial observer will be included in nuclear negotiations with North Korea.

The likely chairman of the House Armed Services Committee, Rep. Adam Smith (D-Wash.), has signaled that he will push for constraints on the development of new nuclear weapons.

Pragmatic cooperation between the Trump administration and Congress could pave the way for negotiated arrangements that, while not easy to achieve, hold the potential to reduce nuclear risks.

William Courtney is an adjunct senior fellow at the nonprofit, nonpartisan RAND Corporation, and former U.S. ambassador to Kazakhstan, Georgia and a U.S.-Soviet commission to implement the Threshold Test Ban Treaty. Greg Thielmann is a board member of the Arms Control Association, former office director in the Department of State's intelligence and Research Bureau (INR), and former senior staffer on the Senate Select Committee on Intelligence.

This commentary originally appeared on The Hill on November 26, 2018. Commentary gives RAND researchers a platform to convey insights based on their professional expertise and often on their peer-reviewed research and analysis.