On Nurse Staffing Ballot Measure, Massachusetts Voters Should Look to Evidence from California 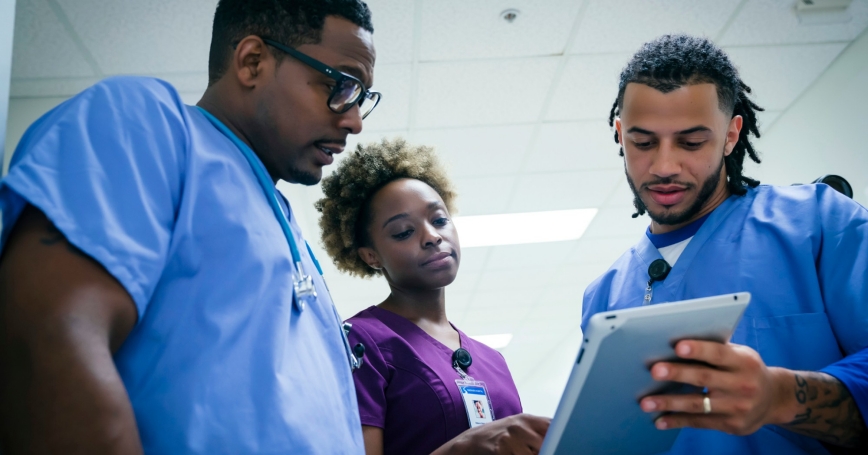 On November 6, Massachusetts residents will vote on the Patient Safety Act a mandate to increase nurse-to-patient ratios in acute care facilities. This ballot initiative was submitted by the Massachusetts Nurses Association (MNA) and would expand the 2014 mandate that increased nurse-to-patient ratios in Massachusetts' intensive care units (ICUs) to other hospital wards. Evaluating existing data on the impact of a similar nurse staffing law implemented in California in 2004 may help inform voters as they head to the polls.

Numerous studies have evaluated the effect of the 2004 California nurse-to-patient staffing law on various outcomes. Research demonstrated difficulties with making staffing changes due to expenses and nursing shortages, modest increases in average nurse wages, increased hospital costs, and mixed results regarding nurse-work satisfaction. Studies did not find significant decreases in falls, pressure ulcers, or restraint use following implementation of the law.

Prior studies of the 2004 California law found no effect on inpatient mortality and revealed mixed effects on other outcomes. A 2011 literature review of the California law found no impact of the law on patient outcomes but extrapolated that falls and hospital-acquired complications had not increased despite increasing case-mix indices (PDF), a measure developed by the Centers for Medicare and Medicaid Services (CMS) of a hospital's overall patient complexity and acuity. The literature review authors concluded that the lack of increased complications in the setting of increased sickness suggested a protective effect of the 2004 law. Another study using data from California hospitals from 2000 to 2006 found decreases in postoperative respiratory failure, pressure ulcers, and mortality among those hospitals in the lowest staffing quartiles before the minimum staffing law but no reductions in other outcomes including hospital-acquired infections or postoperative blood clots. One study using data from California, New Jersey, and Pennsylvania concluded that hospitals with staffing levels consistent with those mandated in California had significantly better nurse-reported quality of care and lower levels of mortality.

These equivocal previous studies of the California nurse staffing law have largely evaluated outcomes in all hospitalized patients—including lower acuity and electively admitted patients who typically have a more predictable hospital course and whose care is not as resource-intensive as more acutely ill patients. Prior studies may have missed a beneficial impact from improved nurse staffing by combining patients across the acuity spectrum, whereas older, acutely ill patients may benefit more from higher nurse-to-patient ratios.

The Patient Safety Act: What Does California's 2004 Law Tell Us?

There are differences between the 2004 California law and the proposed Massachusetts mandate. The Massachusetts measure requires that the staffing ratio be mandated without changes to other hospital staffing. The mandate would go into effect more quickly than that of California, leaving hospitals less time to prepare.

Massachusetts' Patient Safety Act is Question 1 on the November ballot. The ballot will contain information for voters on the act, including the maximum number of patients per registered nurse based on unit and level of care, the requirement that facilities comply with staffing limits without reducing other staff levels, and that they develop a written patient acuity tool for each unit to evaluate patient conditions to determine whether patient limits should be lower than the proposed law at a given time.

The proposed Massachusetts Patient Safety Act has been hotly contested, with support for staffing regulation from nurse labor organizations and opposition by health care facilities and hospital associations. A political committee established by the Massachusetts Nurses' Union raised $5.7 million to promote the Patient Safety Act, while the hospital association's committee raised $10.5 million to defeat the ballot measure.

The MNA touts the ballot initiative as evidence-based while providing flexibility in patient assignments to ensure that patients who require more care receive it. A survey commissioned by the MNA showed that 90 percent of nurses surveyed indicated that they did not have sufficient time to “properly comfort and assist patients and families,” and 77 percent of respondents reported increased risk of medication errors as a result of poor staffing.

Opposing the Patient Safety Act, the Coalition to Protect Patient Safety was formed—including the Massachusetts Health and Hospital Association, the Massachusetts Council of Community Hospitals, the Conference of Boston Teaching Hospitals, and nursing organizations. The Massachusetts branch of the American Nurses Association—Massachusetts' largest nurse association—joined the coalition opposing the act stating, “This proposal undermines the flexibility and decision-making authority of nurses and puts rigid mandates above patient safety, clinical nurse input, nurse manager's discretion, and every other consideration in a hospital.” The primary opposition is the Massachusetts Health and Hospital Association, arguing that “staffing is a delicate science” and that the mandate would restrict decision making of doctors, nurses, and administrators on nurse staffing.

Opponents of the Patient Safety Act cite a 2018 study that compared data from six academic medical center ICUs in Massachusetts—where patient-to-nurse ratios dropped from 1.38 to 1.28—to 114 out-of-state academic center ICUs. The study showed that increases in ICU nurse staffing (a consequence of decrease in ratios) were similar in Massachusetts compared to other states. ICU nurse staffing regulations in Massachusetts were not associated with decreased inpatient mortality in that state and when compared to other states. Furthermore, there were no changes in hospital-acquired complications or do-not-resuscitate orders. It has been suggested that since the results of this study showed no improvement in mortality or complication rates, the MNA ballot initiative is unnecessary.

The authors of the 2018 study point out that a number of factors may explain the lack of improvement in outcomes associated with the 2014 Massachusetts ICU nurse staffing mandate, including adequate nurse staffing and nurse assignment determination prior to the mandate, hospitals being given significant autonomy in determining the acuity/severity tool to be used to guide nursing assignments, other staffing factors—for example, pharmacists, respiratory therapists—important for outcomes in addition to nursing care, and secular trends of greater ICU nurse staffing in other states. Also, the study's authors noted that few academic hospitals outside of Massachusetts provided data regarding nurse staffing and that lower complication rates may be secondary to other interventions, for example, those related to the Joint Commission or CMS. Furthermore, the study did not distinguish the relative impact of the nurse staffing mandate versus the Massachusetts regulation of using patient severity scores to determine nurse staffing.

The MNA counters that the study examined only one year of data, which may be insufficient to evaluate the full impact of the ICU nursing mandate. It also noted that although the law passed in 2014, it was not implemented in academic medical centers until March 2016 and in community hospitals until January 2017.

Where Does Objective Data Come In?

There are competing political arguments on each side of this debate. However, it is important to include objective data in the analysis of whether or not to support minimum nurse staffing rules. There are studies associating higher nurse-to-patient ratios with improved patient outcomes. However, while there is some evidence regarding improved outcomes after instituting the 2004 California nurse staffing law, the results are ultimately mixed. This could be a function of most past studies of the California law focusing on outcomes for all hospitalized patients as opposed to outcomes among older patients with acute illness most likely to benefit from greater nurse attention.

Massachusetts voters should take the available evidence into account as they head to the polls in November.

The literature review that contributed to the studies on nurse staffing and impact on outcomes cited in this blog post was funded by the National Institute on Aging.

Dr. Mahshid Abir is an emergency physician and health services researcher at the University of Michigan and an affiliated adjunct physician policy researcher at the RAND Corporation. Jason Goldstick is a statistician at the University of Michigan in the acute care research unit. Rosalie M. Malsberger is a programmer with Mathematica Policy Research. Claude Messan Setodji is a senior statistician at the RAND Corporation, codirector of the RAND Center for Causal Inference, and a professor at the Pardee RAND Graduate School.