The Trump-Xi Meeting at G-20: Kicking the Can Down the Road 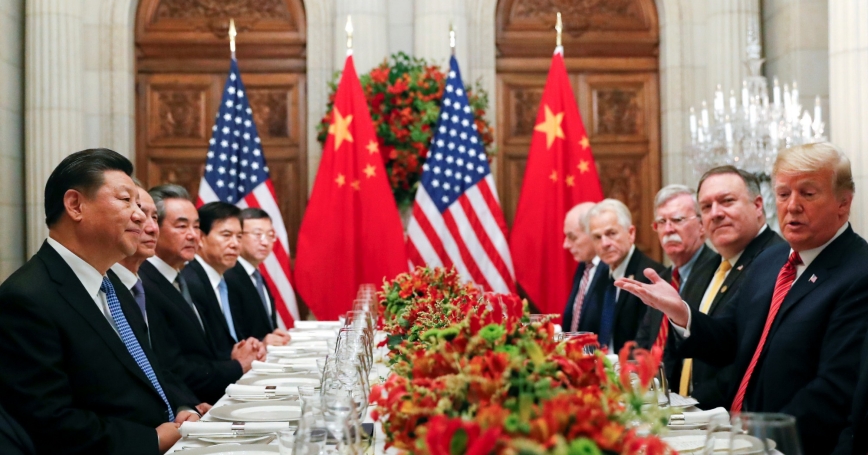 Since the heads of state of the world's 20 largest economies began meeting annually in 2008, the proportion of pomp to content has varied. The 2017 G-20 managed something of a real achievement: A bilateral meeting between U.S. President Donald Trump and Russian President Vladimir Putin resulted in the finalization of a partial cease-fire in Syria.

The 2018 G-20 meeting, held in early December in Buenos Aires, delivered a bland outcome. The official communique largely reads like a reaffirmation of the UN-sponsored Sustainable Development Goals, to which the countries concerned have already agreed. Disagreements from the U.S. side over climate action and trade were noted in the communique, but they didn't represent a change and had been described in much more detail in the 2017 communique.

There were plenty of critical issues that could have been addressed. These include three global developments not being considered in other fora: the U.S. withdrawal from the 2015 Joint Comprehensive Plan of Action; the Khashoggi assassination; and Russia's activities in Ukraine. They also include two issues that remain far from resolution, namely North Korea's nuclear program and global trade tensions.

The United States is a party to all of these developments, and it was expected that Trump would hold several bilateral discussions to seek a way forward. Instead, a meeting with Putin was cancelled. There was no interaction on Iran. Meetings with Turkey's Recep Tayyip Erdogan and South Korea's Moon Jae-in were downgraded to informal sidebars. The Khashoggi killing, meanwhile, was ignored. The only positive outcome was the signing of the U.S.-Mexico-Canada Agreement on trade, a replacement for the North American Free Trade Agreement whose contents had been agreed to earlier.

The lack of momentum on these issues was notable. But the most important bilateral meeting, that with Chinese President Xi Jinping, represents the greatest missed opportunity.

Much was expected of the discussion between the United States and China on their ongoing trade war. However, nothing of significance emerged. China continued to insist that it would not agree to the American demand that its exports be preferred over those other countries. Nor did Beijing give any ground on American complaints regarding intellectual property violations, other than to agree to review them (as it has promised many times before).

The official statements about the meeting sought to paper over the gathering's failures by highlighting a largely insignificant achievement: Trump's agreement to delay higher tariffs on $200 billion of U.S. imports from China by two months to March 1, 2019.

The two sides exchanged an essentially meaningless “I will delay” for an equally insubstantial “I will review my rules.” It is difficult to describe the meeting as a success. It merely kicked the can down the road.

With signs of a global economic slowdown surfacing earlier than expected, the failed outcomes of this meeting could come back to haunt world leaders by the time they convene next June in Osaka for the 2019 G-20.

This commentary originally appeared on RealClearWorld on December 13, 2018. Commentary gives RAND researchers a platform to convey insights based on their professional expertise and often on their peer-reviewed research and analysis.