The U.S. Withdrawal from Syria Is an Opportunity for China 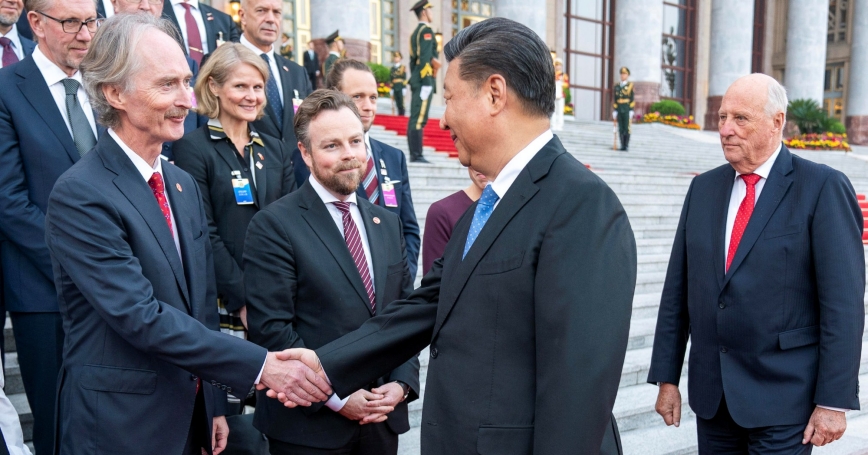 The announcement that the United States will withdraw its remaining troops from Syria has clear implications for many players with interests at stake in the ongoing civil war. Attention has focused on what the U.S. withdrawal will mean for the Kurds, and whether Turkey will be less restrained, or how Iran and Russia might try to project influence farther east in rebel-held territories retaken from the Islamic State. Noticeably absent from these analyses has been how the withdrawal would affect another great power with vested interests in the Middle East—China.

China has gradually become more involved in the Syrian civil war since the conflict started in 2011, a divergence from China's traditional approach to foreign policy, which mostly eschews external intervention and promotes state sovereignty. A more hands-on approach to Syria was evident in August 2016, when Rear Admiral Guan Youfei of the People's Liberation Army (PLA) pledged not only increased humanitarian assistance but also military-to-military cooperation between Damascus and Beijing, effectively siding with Syrian President Bashar al-Assad and his international allies, Russia and Iran. Prior to this, China was a significant player in the conflict but mostly through arms sales—Guan's offer represented an escalation of support and involvement. Although the extent of Sino-Syrian cooperation remains ambiguous due to Beijing's firm denial of any active military presence, the cooperation has reportedly only deepened, with China supplying intelligence personnel, strategic advisors and special forces in 2017.

China has also demonstrated its interest in taking advantage of economic opportunities in post-conflict Syria, which the World Bank estimates to be a staggering $400 billion. Two-hundred Chinese companies were present at the 60th Damascus International Fair in September 2018, where they pledged deals ranging from car manufacturing to development of mobile hospitals. And U.S.-led sanctions against the Assad regime and diminishing Western influence in the conflict leave China with little competition. The reconstruction of the Syrian army will also allow China to increase its arms exports....

Mollie Saltskog is an intelligence analyst at The Soufan Group, a strategic consultancy based in New York City. Colin P. Clarke is a senior research fellow at The Soufan Center and a senior adjunct political scientist at the RAND Corporation.

This commentary originally appeared on Lawfare on February 15, 2019. Commentary gives RAND researchers a platform to convey insights based on their professional expertise and often on their peer-reviewed research and analysis.