Mueller Report May Result in Russian Sanctions but Not Better Behavior 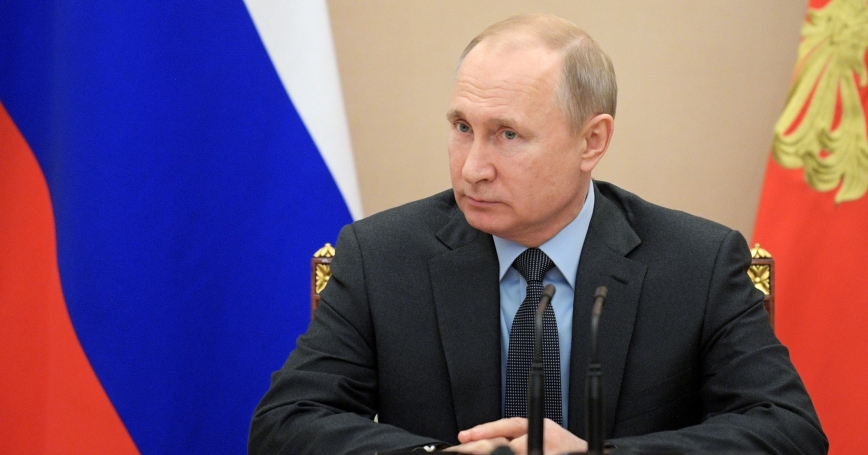 Russian President Vladimir Putin chairs a meeting with members of the Security Council at the Kremlin in Moscow, Russia, April 5, 2019

Photo by Sputnik/Kremlin/Alexei Druzhinin via Reuters

The reports of special counsel Robert Mueller and earlier probes are persuasive because they reveal so much detail about Russian malign activities. The revelations may not come without cost to Russia.

Mueller found that the Russian government interfered in the 2016 U.S. presidential election in “sweeping and systematic fashion.” It did so mainly through two operations. One was a social media effort principally by the Internet Research Agency that reached tens of millions of Americans.

Mueller's investigation determined that Moscow intervened to help Trump, that Trump aides welcomed claims by Russians that they could provide incriminating information about Hillary Clinton, and that Trump's advisers had foreknowledge of public releases by WikiLeaks of stolen Democratic emails.

Yet the report found “the evidence does not establish that the president was involved in an underlying crime related to Russian election interference.”

These findings bolster the January 2017 conclusion of the U.S. Intelligence Community that Russian President Vladimir “Putin ordered (PDF) an influence campaign in 2016 aimed at the U.S. presidential election.”

One likely cost might be more sanctions. Since the 2012 Magnitsky Act, the United States has steadily increased the scope of sanctions on Russian individuals and entities. In response to military intervention in Ukraine, the United States in 2014 imposed sectoral sanctions affecting Russia's financial, energy, and defense sectors.

The Mueller report is persuasive because it reveals so much detail about Russian malign activities. This may come with cost to Russia.

In 2018, the United States expelled 60 Russian intelligence officers and closed two more diplomatic compounds after Russia used a banned nerve agent in the U.K. on former Russian spy Sergei Skripal and his daughter.

Further sanctions, based on a 1991 U.S. law, may be levied in response to the Skripal poisoning. Congress is also considering two bills with bipartisan backing, the Defending American Security from Kremlin Aggression Act and the Defending Elections from Threats by Establishing Redlines Act. Other legislative action may be possible.

In a second step, the United States is enhancing awareness of and resilience to Russian “active measures,” which involve propaganda, disinformation, and subterfuge. RT America (formerly Russia Today), a Kremlin-backed TV channel and website, must now comply with the Foreign Agents Registration Act.

Congress has called to account Facebook founder Mark Zuckerberg and other U.S. social media leaders for doing little to thwart Russian abuses prior to the 2016 elections.

During the 2018 midterm elections, the U.S. Cyber Command employed a cyber operation that prevented interference by the infamous Russian trolling entity, the Internet Research Agency.

Finally, revelations of Russian misdeeds have heightened pressure in Washington to raise other costs. The United States has increased the size and duration of Army combat rotations in Central and Eastern Europe, placed more armor and artillery inside Poland, and provided advanced Javelin anti-armor missiles to Ukraine.

Most recently, Secretary of State Mike Pompeo has said the United States “will not stand idly by as Russia exacerbates tensions” in Venezuela, and he called Russia's troop presence there an “obvious provocation.” This language could presage stronger U.S. action.

The 2004 Report of the National Commission on Terrorist Attacks Upon the United States helped marshal pressure in the U.S. for a robust response to international terrorism.

Similarly, although perhaps to a lesser extent, the Mueller report could help mobilize political pressure in the United States for a stronger posture toward Russian malign activities that harm American and allied interests.

This does not mean, however, that Russia will cease the kinds of interference that Mueller has investigated. The Kremlin may still see propaganda, disinformation, and subterfuge as a useful tool to undermine America's values and cohesion; it's the perfect cost-effective, asymmetric weapon for the weak to use against the strong.

William Courtney is an adjunct senior fellow at the nonpartisan, nonprofit RAND Corporation and was U.S. ambassador to Kazakhstan, Georgia, and a U.S.-Soviet commission to implement the Threshold Test Ban Treaty.

This commentary originally appeared on The Hill on April 26, 2019. Commentary gives RAND researchers a platform to convey insights based on their professional expertise and often on their peer-reviewed research and analysis.