Pittsburgh's Hill District Is Losing More Than a Supermarket 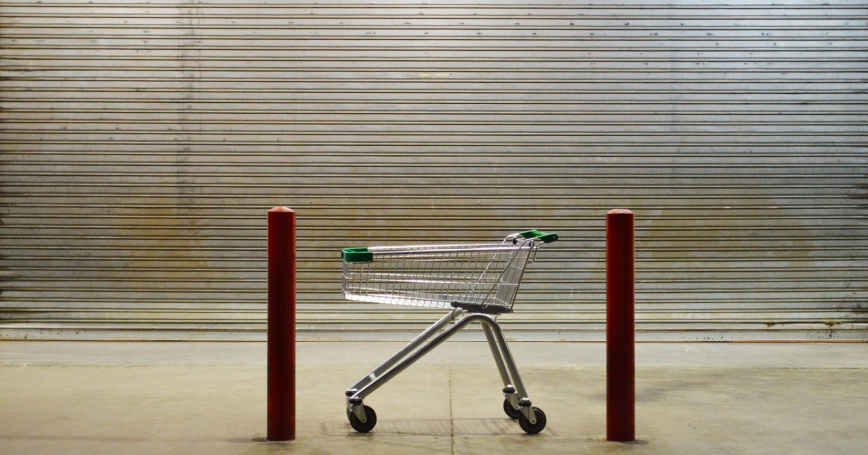 by Tamara Dubowitz and La'Vette Wagner

When the Shop 'n Save closed its doors for good on March 20, Pittsburgh's Hill District residents lost the ability to go to a supermarket just a short distance from their homes, something many people take for granted. But they also lost something far less tangible—a symbol of hope, opportunity, and change for the Hill.

After the full-service supermarket opened in fall 2013, residents said they felt a 30-year weight lifted off their shoulders. For three decades, they had lived in a food desert, without access to healthy, nutritious food. Policymakers said they expected easier access to fresh food would improve residents' health, an opinion based on research showing that where access to healthy food is limited, problems like poor diet and people becoming overweight are more likely.

With colleagues at RAND, we began studying Shop 'n Save's potential impact on the community since before the supermarket opened. We found residents became happier with their neighborhood as a place to live and saw overall improvements in their diet—even if they didn't shop at the store.

Throughout the years, we have continued to follow households and neighborhood change in the Hill District to understand the impact of the supermarket, as well as other investments, including housing, green space, new sidewalks, landscaping, and traffic-calming measures.

Plenty of evidence exists that shows where you live makes a difference to your health. But far less research has been done to try to understand why. How is it that neighborhoods impact the physical and mental health and well-being of residents? Do people who are at higher risk end up in neighborhoods that are less equipped to promote health? Or do neighborhoods that have fewer resources end up undermining people's health?

Answering these questions is not simple. With the support and participation of Hill District residents and those living in nearby Homewood (another neighborhood that has been, and remains, a food desert), we have been able to follow the same households before and after neighborhood changes, allowing us to seize a critical public-health research opportunity and see in real time how people perceive and react to these changes around them.

Local involvement, input, and investment that empowers residents to feel good about their neighborhoods and hopeful about their futures are issues of equity. They are also issues of health.

Although more neighborhood improvements have been made in the Hill District, both the Hill and Homewood neighborhoods have seen new and improved housing and commercial investments. Our research found that these investments make a difference, sometimes in unexpected ways.

Improvements in neighborhood aesthetics, walkability, and housing quality improved residents' perceptions of their neighborhoods and increased economic opportunity. Even residents' sleep improved. Feeling tied to the neighborhood socially made them feel safe.

Not all investment creates positive results. Urban development has come a long way from the mistakes of the 1950s, including the dismantling of the Lower Hill and the displacement of 8,000 residents to build the (now demolished) Civic Arena.

More recently, when public housing developments like Addison Terrace in the Hill were demolished to make way for the higher-quality public housing of Skyline Terrace, residents also were displaced, and not all of them were able to move back into Skyline. Unstable housing is known to be a fundamental cause of adverse mental health, educational achievement, and employment outcomes. Walkability in both the Hill and Homewood improved, but, puzzlingly, physical activity did not increase.

Local involvement, input, and investment that empowers residents to feel good about their neighborhoods and hopeful about their futures are issues of equity. Based on our findings, they also are issues of health. Our research, and the research of others, has found people are happier if they are given a chance to participate in decisions that affect them and if they believe the process for making those decisions is fair.

We also know that a sense of control over one's personal circumstances is essential to health. Continuing to gather the input of residents may be vital to maintaining the gains in Hill District and Homewood health and neighborhood satisfaction that have been experienced so far. Our ongoing research aims to examine this and other issues.

Although the Shop 'n Save was an amenity that Hill residents had long gone without and clearly wanted, most residents still traveled outside of the neighborhood for regular shopping. Nevertheless, 70 percent of residents visited the Shop 'n Save at least monthly.

Did the store provide food at prices and quality that would have encouraged residents to switch their regular shopping to a place closer to home? Were the hours convenient? Did the shopping experience meet customers' expectations? We are looking into these questions and continue to examine data that we collected before the store closed.

What we do know is that giving residents a reason for hope—a supermarket where there had been none—made a difference in their lives and in their health. We also know that the idea that “if you build it they will come” is false. Lessons learned from the supermarket's relatively short life could inform what happens next as future development and decisions are made.

Critical investment decisions would benefit from being informed by residents' voices. The Shop 'n Save may have left the neighborhood, but Hill District residents are still there.

Tamara Dubowitz is a senior policy researcher at the nonprofit, nonpartisan RAND Corporation and on the faculty of the Pardee RAND Graduate School. La'Vette Wagner is field coordinator for the Pittsburgh Hill/Homewood Research on Neighborhood Change and Health project and grew up in the Hill District.

This commentary originally appeared on Pittsburgh Post-Gazette on March 30, 2019. Commentary gives RAND researchers a platform to convey insights based on their professional expertise and often on their peer-reviewed research and analysis.