The Right Kind of Incentive Can Help People to Stay Active

(The Council for Work and Health) 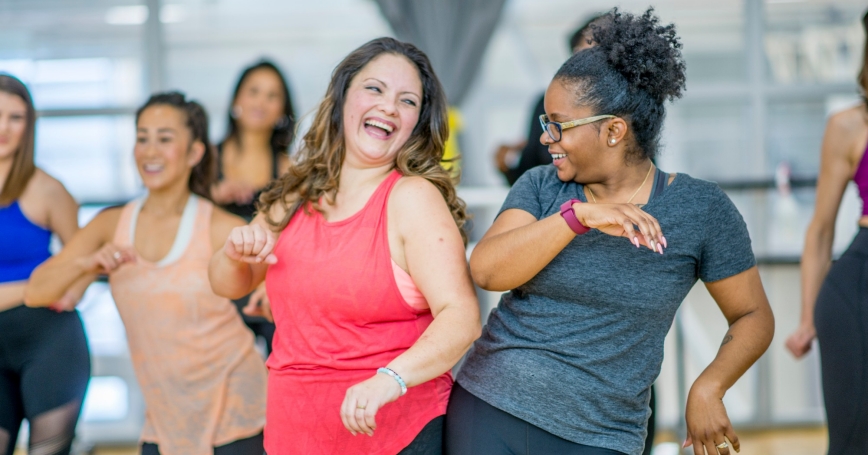 by Hans Pung and Marco Hafner

Having the motivation to keep exercising regularly can be challenging for many of us. The benefits of regular physical activity are widely recognised yet about one third of the world's adult population is not meeting the minimum weekly level of physical activity as recommended by the World Health Organisation. Weekly exercise can result in a lower risk of some diseases such as cardiovascular disease, diabetes and cancer, as well as maintain a healthy body weight and mental health. So the question is: what will motivate people to keep heading out the door, whether it's for a swim or to the gym, for some much-needed activity?

Existing evidence suggests that incentive programmes can have a positive impact on people's healthy behaviours, and in particular on physical activity, but the type of incentive matters. A recent RAND Europe report has highlighted the impact a particular “loss-framed” financial incentive scheme has had on people's activity levels. Think of a loss-framed incentive as more of the proverbial “stick,” as opposed to the alternative gain-framed method or “carrot” reward for healthy behaviour. The stick in our study being people having to pay higher or lower monthly amounts for a smartwatch, depending on how physically active they were.

In the study researchers reviewed the data of more than 400,000 people, across the US, UK, and South Africa, who had signed up to the Vitality Active Rewards programme run by multi-national health insurer Discovery. Members were rewarded for healthy behaviour with “Vitality points” which they could then use towards benefits—the carrot—such as movie tickets or free hot drinks. Members on the Vitality Active Rewards programme could also take up the Apple Watch benefit. This allowed members to buy the smartwatch and fitness tracker at a discounted price. Monthly repayments would then vary according to their level of activity during the previous month. If people exercised regularly and tracked their activity to earn enough points they would not have to pay any further costs.

Incentive programmes can have a positive impact on healthy behaviours, particularly physical activity. But the type of incentive matters.

Analysis of the data showed that those people who took up the Vitality Active Rewards with Apple Watch benefit increased their physical activity by about 34 per cent per month, compared to those who only participated in the Vitality Activity Rewards points programme. This meant that on average, people were exercising nearly five days extra every month. Also, the type of activity was recorded as advanced, meaning that not only did people exercise more while on the programme, they also exercised more intensely.

Notably, the study also looked at whether the increased physical activity levels persisted over time. Members on the Apple Watch scheme had two years to pay off the watch and researchers found that the levels of raised activity were sustained throughout the 24 month period. So it would suggest that people needed the extra push from a loss-framed incentive to stay motivated and maintain a positive behaviour change, over and above the rewards offered on the Vitality Activity Rewards points scheme. Offering members the opportunity to update their smartwatch every two years and continue the repayment process may also help them to stay active.

Previous studies contributing to this area of research have been done before, but never on so large a scale. Neither have they covered such a wide subject area. People who took part in the scheme varied widely in their fitness levels and the RAND Europe study showed that the benefit also incentivised those that initially tended to be more inactive, such as obese individuals, to become more active. Granted, fewer people in this at-risk group took up the benefit, however for those that did, they also showed a significant increase in activity levels.

While by no means a magic bullet, the combination of modern technology and the loss-framed incentive would seem to make a significant impact on people's motivation, helping them to huff and puff their way to the desired amount of activity every week. This effect is important to consider when designing fitness and wellbeing programmes, whether it be for a health insurance company, employer or local GP. Finding ways to encourage healthy behaviour is vital and this might be the type of motivation people need to make it a way of life.

Hans Pung is the president of RAND Europe. Marco Hafner is a senior economist at RAND Europe and lead author on the “Incentives and physical activity” study.

This commentary originally appeared on The Council for Work and Health on April 26, 2019. Commentary gives RAND researchers a platform to convey insights based on their professional expertise and often on their peer-reviewed research and analysis.