Yes, the U.S. Could Be Drawn Into Yet Another Big War 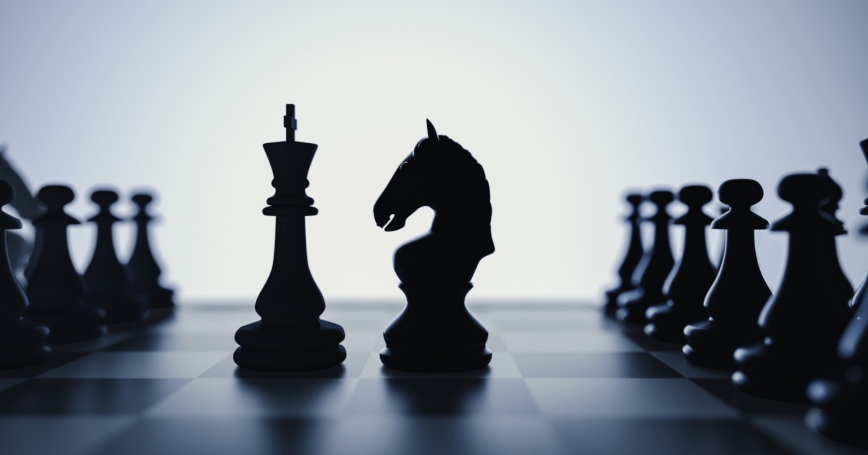 Sixteen years ago last month, the George W. Bush administration sent U.S. forces crashing into Iraq without a real plan for what to do after defeating Saddam Hussein. It is easy to forget that moment's fervent convictions about the Iraqi dictator's supposed weapons of mass destruction and links to al Qaeda—and the calamity into which Iraq soon descended. It all seems to belong to another era. The debate today is more about how we got out of Iraq than how we got in.

The idea that the United States would do anything like Iraq again feels ridiculous. We appear to have learned our lesson, and America's political climate hardly seems primed for new military adventures. No imminent threat demands a response. President Donald Trump arrived in office determined to reduce U.S. commitments abroad, not to multiply them. He is aiming for a deal with North Korea, not war; pulling troops out of Syria and Afghanistan, not pushing more in.

But this picture bears a striking resemblance to the situation in the United States in the late 1990s. It was a time of domestic focus. Foreign policy had receded into the background, and no one was clamoring to invade and occupy far-off lands. In the charged atmosphere after 9/11, however, the national mood shifted dramatically. Looking back on the Iraq invasion, a key lesson is how easy it can be to tumble into a war that once seemed preposterous.

In fact, the United States could find itself drawn more deeply into any number of armed conflicts today. Before President Trump's two summits with Kim Jong Un, the administration talked of preventive strikes on North Korean nuclear facilities. The president said in February that “all options are on the table” for the crisis in Venezuela. He also has taken a tough posture toward Iran, while confronting Russian and Chinese forces from the Black Sea to the Spratly Islands. Simmering conflicts in Ukraine and Syria could escalate at any moment.

Looking back on the Iraq invasion, a key lesson is how easy it can be to tumble into a war that once seemed preposterous.

It does seem far-fetched that the United States would go to war in any of these cases. Americans don't want their troops rushing to fight in North Korea or Iran; no vital U.S. interests are at stake in Syria or Venezuela. But as late as 2000, no one—not even the most ardent anti-Saddam hawks—was talking about a U.S. invasion of Iraq either. That experience suggests a specific combination of factors that can swiftly transform the prospect of military action from an absurd scheme to an imminent reality.

Such an about-face doesn't require a commander in chief bent on war. George W. Bush didn't yearn to be a war president. During the 2000 campaign, he heaped scorn on many of the Clinton administration's foreign interventions, saying he worried that his Democratic rival, Vice President Al Gore, “uses nation-building and the military in the same sentence.”

The Texas governor promised a “humble” foreign policy, built on strength but also on restraint. Support for U.S. engagement “does not mean our military is the answer to every difficult foreign policy situation,” Mr. Bush argued in a speech at the Ronald Reagan Presidential Library. “American internationalism should not mean action without vision, activity without priority, and missions without end—an approach that squanders American will and drains American energy.”

As president, however, Mr. Bush would order the two most ambitious nation-building projects in U.S. history—in Afghanistan and Iraq—while overextending American power to disastrous lengths.

Mr. Bush was hardly the first president to plunge into military adventures that he had once spurned. Lyndon Johnson worried that tragedy awaited him in Vietnam. As late as 1964, he was still brushing off suggestions that he should send large numbers of U.S. troops to take over the war. Three years later, more than a half million Americans were in Vietnam.

How can resistance to military adventures disappear so quickly? The cocktail that fuels such transformations typically has three ingredients—and all are very much present in the Trump era.

The first is some big idea steering U.S. foreign policy. In Iraq, it was the post-9/11 marriage of liberal and conservative interventionism, inspired by hawkish conceptions of a missionary role for the United States. The country was swayed by the idea that America had the right and the responsibility to extinguish threats to peace and liberty everywhere.

The second ingredient is a perceived imperative to act, often in response to a crisis or escalating threat, typically with moralistic overtones. This transforms the big idea from a broad and nebulous concept into a burning priority that demands swift (and often belligerent) action. Decisionmakers intoxicated by such an imperative tend to disregard consequences: When fulfilling a moral obligation, it seems wrong—even sacrilegious—to fret about potential costs.

In Iraq, the imperative to act grew out of what senior Bush officials saw as an unholy marriage of terrorism and weapons of mass destruction, a union that couldn't be tolerated in our new age of catastrophic terror. We now know that the evidence for that link was mostly baseless. At the time, it was honestly believed by a strikingly wide swath of Washington policymakers.

Stirred by an overarching idea and a moral imperative, decisionmakers then mix in a third ingredient—a mythical mental image of the war that promises a satisfyingly quick and cheap conflict. In Iraq, this image held that the United States would barge in, shove Saddam and his cronies aside, put some Iraqi expatriates in charge—and leave.

The tragedy of Iraq should stand as a warning. It shows how easily this combination of factors can pave the road to war.

Today's big idea of America's mission is not so different from what it was in 2003: We still all too often invoke the aims of denuclearization and democracy to justify bellicose and unrealistic approaches, at times blocking pragmatic compromise with Iran and North Korea. Any number of events could spark a new moral imperative to act—the collapse of negotiations leading Kim Jong Un's regime to fast-track its atomic bomb-making; shots fired between Russian and NATO vessels in the Black Sea; a major terrorist attack with seeming links to Iran. The myth of low-cost wars might be harder to sell today, but there are always those ready to argue that new military adventures will be fast and economical.

After another such escalation, in the midst of a disastrous conflict, Americans would again be left to wonder: How did we sleepwalk into another tragedy? The anniversary of the Iraq war should be an occasion for national reflection. Sixteen years later, the United States remains the world's preeminent military power, but we are still too quick to turn our reluctance to fight into an imperative to act, without much real deliberation in between.

Michael J. Mazarr is a senior political scientist at the nonprofit, nonpartisan RAND Corporation and an affiliate faculty member at the Pardee RAND Graduate School.

This commentary originally appeared on The Wall Street Journal on March 20, 2019. Commentary gives RAND researchers a platform to convey insights based on their professional expertise and often on their peer-reviewed research and analysis.