The Death of Hamza bin Laden Will Hurt al Qaeda 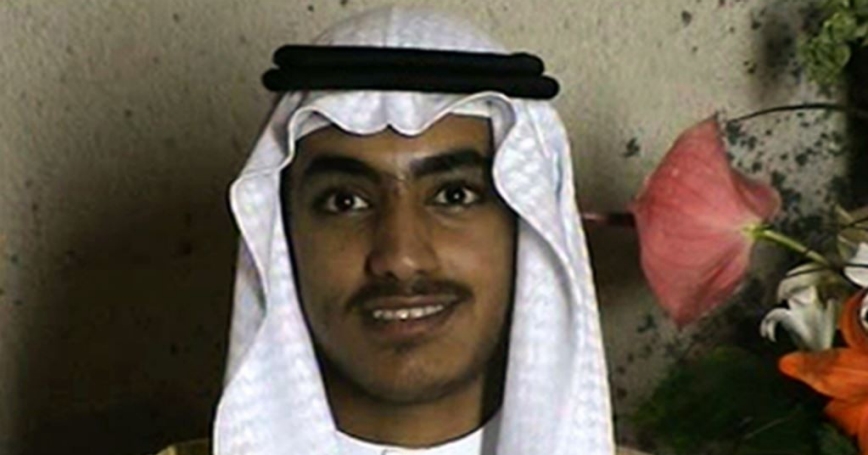 Hamza bin Laden on an undetermined date at his wedding

Rumors circulated on Wednesday that Hamza bin Laden, the son of al Qaeda founder and architect of the 9/11 attacks Osama bin Laden, is dead. Although details were lacking, including where and when bin Laden had been killed, several unnamed U.S. officials confirmed that he died and that the U.S. government played a role in it.

If true, this is more than just a symbolic loss for al Qaeda. Indeed, the death of the group's heir apparent will be a devastating blow to the organization's brand, and thus its ability to compete with the Islamic State for recruits and notoriety. It will also sap morale just as al Qaeda's leadership was seeking to use the collapse of the caliphate to raise its profile and reclaim the leadership of the global jihadi universe.

Some prominent terrorism analysts, including Barbara Sude, who spent her career tracking al Qaeda for the CIA, have suggested that bin Laden was next in line to assume control of al Qaeda and was already being groomed by its current leader, Ayman al-Zawahiri, for a prominent position. Other experts, including former FBI agent and CEO of the Soufan Group Ali Soufan, have referred to bin Laden as the group's “leader in waiting.” In short, he was widely considered to be a valuable asset for al Qaeda—so much so that earlier this year, in February, the State Department placed a $1 million bounty on his head through its Rewards for Justice program.

The death of al Qaeda's heir apparent will be a devastating blow to the group's brand, and thus its ability to compete with the Islamic State.

Bin Laden's last known whereabouts were in Iran, where he fled with other high-ranking al Qaeda leaders, including Saif al-Adel, but he could have moved on, perhaps to Pakistan. Other reports have suggested that bin Laden was in Afghanistan or Syria. He last released a message in March 2018 that—carrying forth one of his father's most longstanding grievances—threatened the Saudi government. With the recent announcement that hundreds of U.S. troops are headed back to Saudi Arabia, many speculated that al Qaeda would use this event as a major focus of its propaganda in the near future.

Hamza bin Laden was just a young boy when he was forced to flee Afghanistan following the U.S. invasion, and, as a result, he had no real operational experience. He would now have been about 30 years old and is now the third of bin Laden's sons to be killed. He was not only Osama bin Laden's favorite son but also the son-in-law of Abdullah Ahmed Abdullah, aka Abu Muhammad al-Masri, the Egyptian al Qaeda veteran wanted for his role in the 1998 East Africa embassy bombings.

Despite a relatively weak resume, his pedigree gave him bona fides in the broader jihadi world. Indeed, Osama bin Laden was such a charismatic and central figure that just the name “bin Laden” is enough to garner attention and attract potential recruits.

Some may dispute that Hamza bin Laden would have emerged as an effective leader, but he certainly had been raising his profile over the past several years. He inserted himself into critical jihadi debates and put forth his opinion much in the same way his father did for decades. In 2015, bin Laden called for attacks against U.S., French, and Israeli interests. He followed that threat with several similar pronouncements over the next few years, directing his ire at the United States and Saudi Arabia and imploring jihadis to launch attacks in the West.

Another reason bin Laden was considered poised to take the reins of al Qaeda was that the group's current leader, Zawahiri, is widely panned for his lack of charisma. He is consistently derided for the rote and mechanical delivery of long religious sermons masquerading as propaganda, a critique most jihadi scholars find unassailable.

Those who've studied Zawahiri describe him as formidable and committed to the cause, and say he's been “the real power behind al Qaeda” since its early days. Zawahiri has given al Qaeda continuity and an appreciation for what traditionally has worked or failed in the jihadis' ongoing struggle against their adversaries. With his direction, the group has made course corrections based on trial and error and actively sought to amend previous errors in doctrine and strategy.

But Zawahiri's leadership has had notable downsides for al Qaeda. Specifically, the group has struggled with recruitment since the 2014 rise of the Islamic State, with its much flashier style. Tens of thousands of foreign terrorist fighters flocked to Syria and Iraq to join the Islamic State, while al Qaeda's Syrian affiliate, the Nusra Front, had far fewer recruits travel to the region from abroad to become part of its group.

Al Qaeda's precarious situation in Syria is instructive, too. At various points, Zawahiri struggled (PDF) to communicate effectively with local groups and, overall, he has not been able to quickly respond to emerging debates in the field. Rather than wait, local commanders proceeded without his input, making al Qaeda's leader something of an afterthought. Its onetime affiliate in Syria, the Nusra Front, has undergone several re-brandings, from Jabhat al-Nusra to Jabhat Fateh al-Sham and then Hayat Tahrir al-Sham.

In the audio messages he released, bin Laden's delivery showed that he was at ease talking about the nuances of global jihad and had clearly inherited his father's gift as a talented orator. Unlike Zawahiri's lengthy and cumbersome diatribes, propaganda featuring bin Laden focused specifically on a handful of main themes, which he frequently returned to in order to emphasize his talking points.

With bin Laden dead and no other logical successor, talk will inevitably turn to who might lead the organization after Zawahiri. Saif al-Adel's name will surface, but for all of his experience with al Qaeda, dating back to the group's earliest days, he won't generate much excitement in jihadi chat rooms.

Zawahiri's isolation and removal from the day-to-day operations of al Qaeda's broader organization—including its affiliates in Yemen, North Africa, and Syria—coupled with his inability to exercise more robust command and control, had spurred speculation that Hamza bin Laden might be the man to lead al Qaeda into its next phase. His apparent death, however, raises even more questions for the future of al Qaeda.

Colin P. Clarke is a senior fellow at The Soufan Center and an adjunct senior political scientist at the RAND Corporation.

This commentary originally appeared on Foreign Policy on August 1, 2019. Commentary gives RAND researchers a platform to convey insights based on their professional expertise and often on their peer-reviewed research and analysis.