Al Qaeda Is Ready to Attack You Again 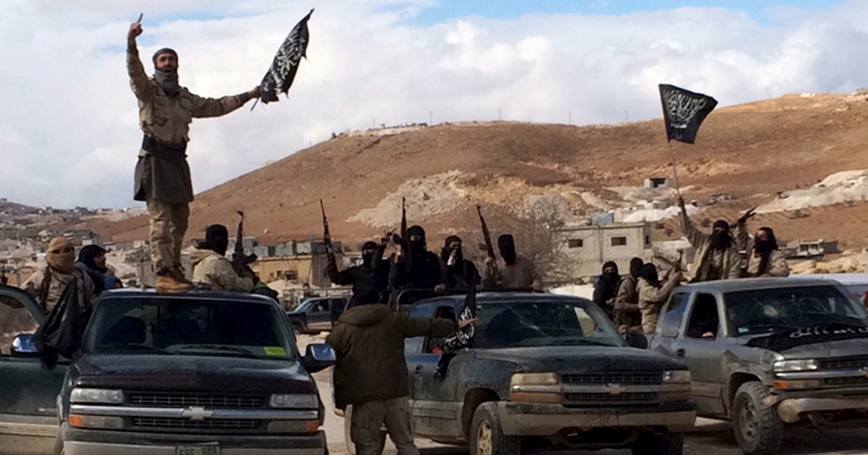 Eighteen years have passed since the terrorist attacks of 9/11, and al Qaeda is worse for the wear. The terrorist organization looks remarkably different today than the group that killed thousands of U.S. citizens on American soil. Intensive counterterrorism pressure in Afghanistan and Pakistan has left behind an aging and increasingly disconnected central leadership. The emergence of the Islamic State as a peer competitor, meanwhile, has left al Qaeda with a brand that, at times, has struggled to compete for global jihadist primacy.

With the group's leader Ayman al-Zawahiri in bad health and isolated, most likely somewhere in Pakistan, and Hamza bin Laden, who may have been next in line, recently reported killed, al Qaeda's most dedicated members seem to understand that its best chance to remain relevant is through its ongoing presence in Syria. To capitalize on the opportunities that the Syrian civil war has presented to al Qaeda, the group began moving significant assets from Afghanistan and Pakistan to the Levant in September 2014. This shift in the center of the group's gravity constitutes a major change and one with implications still not fully understood by counterterrorism officials worldwide. After two turbulent decades following its most spectacular mission, al Qaeda has settled down and is again intensely focused on attacking the West.

Following the death of the group's founder Osama bin Laden in 2011 and the onset of the so-called Arab Spring uprisings, al Qaeda began to embrace a changed strategy. Terrorism scholars widely observed that al Qaeda began pursuing more limited strategic goals with a focus on localism (PDF) and incrementalism. This strategic shift was widely dubbed “controlled pragmatism (PDF)” and “strategic patience.” Al Qaeda seemed to be “quietly and patiently rebuilding” itself while deliberately letting the Islamic State bear the brunt of the West's counterterrorism campaign.

This pragmatic localism strategy had been most evident in how the group operated in Syria. It was there that a group known as the Nusra Front most effectively implemented an approach to jihad that had shown some previous success in Yemen and Mali, but which had still ultimately failed. By channeling its energies locally, forbidding the penal code, building alliances across the Islamist and non-Islamist spectrum, and outcompeting less extreme rivals in providing efficient and noncorrupt governance, the Nusra Front built a level of popular credibility that no other al Qaeda affiliate had come close to. In short, the Nusra Front remained acutely aware of how its brand was perceived by locals and acted accordingly. That it also proved to be the most potent military actor on the battlefield was merely an added bonus.

However, the method behind the Nusra Front's success had a significant side effect: It distanced its Syrian wing from al Qaeda's central leadership in South Asia. A localist approach necessitated a level of flexibility and rapid decision-making that proved impossible to coordinate with the likes of Zawahiri, who at worst was entirely incommunicado, or who at best took months to respond to communications. By 2016, it had also become clear that to sustain the Nusra Front's success and to translate credibility into popularity, popularity into support, and support into loyalty, it needed to deal with its single biggest obstacle to progress: its association with an al Qaeda brand that brought only suspicion, paranoia, and distrust.

Through two successive rebrands in July 2016 and January 2017, the Nusra Front became Jabhat Fateh al-Sham and then Hayat Tahrir al-Sham. The first rebrand was accomplished peacefully and the second through military attacks on Islamist groups deemed to be potential threats. Whether initially intended or not, by the time Hayat Tahrir al-Sham was announced to the world, it was no longer considered a loyal member of the al Qaeda family. Thanks to its sudden attacks on rivals, it was also deeply unpopular—for the first time in its existence.

Infuriated by what they saw as the dilution of the Nusra Front's identity and the purity of its cause, as well as the illegitimate process that lay behind its evolution, al Qaeda loyalists defected in substantial numbers. Led by veterans with decades of experience at al Qaeda's highest levels, these al Qaeda loyalists have established new groups, chief among them Tanzim Huras al-Din, whose name means “Guardians of Religion Organization.” Guided by new instructions from Zawahiri and others, they have pivoted back to the elite vanguard model more traditionally espoused in bin Laden's days, with affiliates discouraged from controlling or governing territory, avoiding linkages with impure groups or foreign governments, and pursuing an explicitly military strategy, with one eye each on the “near” enemies in the region, and also the “far” ones in the West.

Since its formation in late 2017, Tanzim Huras al-Din has been led by Samir Hijazi, also known as Abu Hammam al-Shami, a leading al Qaeda military specialist who spent time in Jordan, Afghanistan, Pakistan, Iraq, and Lebanon before his arrival in Syria in 2012. Hijazi remains close to the notorious al Qaeda leader Saif al-Adel and previously worked closely with Abu Musab al-Zarqawi, coordinating foreign fighter training in Iraq. However, two sources tell us Hijazi has recently been replaced as Tanzim Huras al-Din leader by another leading al Qaeda figure, Khalid al-Aruri, also known as Abu al-Qassam al-Urduni, who the same sources also say was recently appointed by Zawahiri to be one of al Qaeda's three global deputies, alongside Adel and Abdullah Ahmed Abdullah, also known as Abu Mohammed al-Masri, who are both in Iran. Aruri is one of at least two members of Tanzim Huras al-Din who hold seats in al Qaeda's approximately 12-strong global shura council, the vast majority of which still remain in South Asia. That underlines how Syria has now become the prime node of al Qaeda investment, replacing the previously favored front in Yemen. There has been no shortage of al Qaeda veterans in Tanzim Huras al-Din—among them Sami al-Oraydi, Bilal Khuraisat, Faraj Ahmad Nanaa, and, until his reported death on Aug. 22, Abu Khallad al-Muhandis, Sayf al-Adel's father-in-law.

Does the absence of spectacular attacks attributed to al Qaeda during this phase [of chage] represent a lack of capability or merely a shift in priorities?

As al Qaeda continues to undergo change as a global organization, one of the most pressing questions for policymakers and government officials is to what extent the group is still focused on attacking the West. Does the absence of spectacular attacks attributed to al Qaeda during this phase represent a lack of capability or merely a shift in priorities?

In an Al Jazeera interview from May 2015, then-Nusra Front leader Abu Mohammed al-Jolani explained that Zawahiri had instructed him not to use Syria as a sanctuary from which to attack the West. That instruction, which had arrived in a secret letter earlier that year, came in response to the U.S. government's campaign of strikes against the so-called Khorasan Group (PDF)—a small cadre of al Qaeda operatives operating in northern Syria with the explicit intention to attack the West—that had begun in September 2014. In simple terms, this was a logical pivot back to the Nusra Front's strategy of locally focused incrementalism and a decision to avoid Western scrutiny amid an escalating international campaign against al Qaeda's rival, the Islamic State.

Perhaps to avoid any confusion over whether the United States and the West remained in the crosshairs of al Qaeda's international efforts, the group released a series of messages over the next several years. In a message from April 2017, Zawahiri reiterated the importance of al Qaeda's global struggle. The next month, messages from both Hamza bin Laden and al Qaeda in the Arabian Peninsula emir Qasim al-Raymi urged al Qaeda's followers to launch attacks in the West. Unsurprisingly, in May 2017, then-U.S. Director of National Intelligence Dan Coats concluded (PDF) in congressional testimony that “Europe will remain vulnerable to terrorist attacks, and elements of both ISIS and al Qaeda are likely to continue to direct and enable plots against targets in Europe.” Ansar al-Furqan, a group of al Qaeda veterans and loyalists briefly formed in Syria in October 2017, allegedly adhered to “newly stated objectives in Syria: guerrilla warfare with an eye on targeting the West.” Yet another speech from Zawahiri, this one titled “America Is the First Enemy of Muslims” and released in March 2018, incited al Qaeda's followers to strike the United States. None of this should be surprising, as al Qaeda's overarching narrative has always been that the West is at war with Islam.

Colin P. Clarke is an adjunct senior political scientist at the nonprofit, nonpartisan RAND Corporation and a senior research fellow at The Soufan Center. Charles Lister is a senior fellow at the Middle East Institute and a senior consultant to The Shaikh Group's Track II Syria Dialogue Initiative.

This commentary originally appeared on Foreign Policy on September 4, 2019. Commentary gives RAND researchers a platform to convey insights based on their professional expertise and often on their peer-reviewed research and analysis.