The Terrorist Threat Posed by Neglect and Indifference 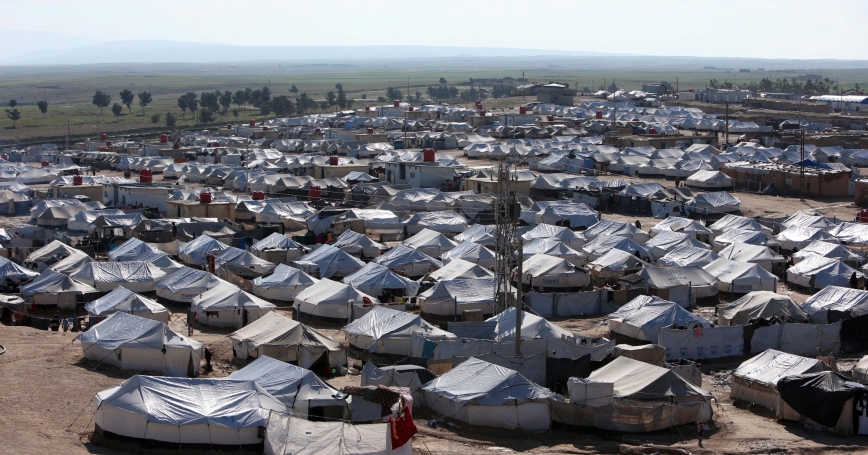 Months after the collapse of its territorial caliphate, the Islamic State in Iraq and Syria (ISIS) remains a viable threat to the United States and the international community writ large. The organization's leader, Abu Bakr al-Baghdadi, is alive and on the lam, while in the group's former strongholds, it is reconstituting its networks and waging a low-level campaign of political assassinations, ambushes, and guerrilla warfare-style attacks. ISIS will be able to continue making money, even without a stranglehold on territory, and still has access to hundreds of millions of dollars that will aid its efforts to rebuild.

Moreover, despite significant resources dedicated to the kinetic aspect of the fight against ISIS, Western countries have seemingly washed their hands in dealing with the group's aftermath.

The al-Hol detention camp in northeastern Syria is illustrative of this reality. Al-Hol currently holds nearly 70,000 detainees, although when it was initially constructed, it was intended to hold far fewer. More than 90 percent of the detainees are women and children. Nearly 10,000 of the detainees are from countries other than Iraq and Syria. As of July, approximately 240 children had died either in the camp or on their way to the camp, which is plagued by shortages of food, water, and medicine.

The conditions in the camps have fueled radicalization and the most extreme detainees, including hardline female ISIS members, patrol the camps in an attempt to replicate the austere version of sharia law that prevailed in the caliphate.

Even though France and the Netherlands have taken back a small number of orphans, European nations have largely refused to repatriate their citizens. For its part, the United States has already brought home numerous American citizens that fought with ISIS, including men, women, and children. Several of these individuals are awaiting trial to answer for their crimes, even as the FBI hunts for other American foreign fighters who still may be in Iraq or Syria.

It is easy to understand the reluctance of politicians hesitant to voice support for repatriation—after all, it is important to remain sober about the potential security threat that some of these individuals may present, especially if their home goverments are unable to convict them in a court of law. In that scenario, already overstretched law enforcement and security services would be further pressed for resources to monitor and surveil them. And returning citizens to the United States is easier than to many countries in Europe, where geography, demographics, and pre-existing networks of jihadists make the threat potentially more potent.

If European nationals are discarded in fetid detention camps, this would reinforce ISIS's message that the West is at war with Islam.

By returning citizens to their countries of origin and holding them accountable for their crimes, European and other countries can demonstrate the values that separate nations that respect human rights and the rule of law from terrorist groups like ISIS. European countries are already vulnerable to the threat posed by homegrown violent extremists motivated by radical ideology. If their nationals are forgotten and discarded in fetid detention camps, then this would reinforce the message that the West is at war with Islam and would legitimize, at least in the eyes of would-be jihadists, the narratives put forth by ISIS. This would be accompanied by the daily images coming from detention camps like al-Hol.

Just last week, some of the United States' most well-respected voices in national security penned an open letter titled “Unless We Act Now, the Islamic State Will Rise Again.” The letter warned of the dangers of allowing detainees to languish in camps and face a future as stateless persons.

Only 400 guards, Syrian Kurdish militia members, are in charge of the entire detention camp, where their efforts to rehabilitate detainees have been described as “patchily enforced, inexpertly applied, and acutely under-resourced.” These militia members are not trained to handle all of the things they have been asked to do. And if an already tense situation between the Kurds and Turkey intensifies, militia members will likely be called away from the detention camps to the front lines, making places like al-Hol even more vulnerable. In the past, the Islamic State engineered a campaign of prison breaks, known as Operation Breaking the Walls, where militants helped to free hundreds of jihadists from Iraqi prisons between July 2012 and July 2013. In a recently released audiotape, Baghdadi urged his followers to free those imprisoned in detention camps.

The European Union has recently made progress on establishing a common database that will allow all 28 member states to access data from ongoing cases, including investigations and prosecutions of alleged militants. But more needs to be done, and EU states could demonstrate a greater sense of urgency in laying out a path toward resolving the issue of bringing their citizens to justice in their home countries.

The database is intended to help law enforcement and government officials with one of their other pressing concerns, which is documenting the evidence necessary to prosecute foreign fighters and their supporters.

And beyond just prosecuting individuals who can be proven guilty of crimes, there could be a comprehensive suite of policy initiatives available for dealing with a diverse population of potential returnees, including women and children, some of whom are likely suffering from posttraumatic stress disorder after having witnessed, or in some cases participated in, heinous acts of crime and terrorism.

By continuing to ignore the threat and leaving it to the Iraqis and Syrian Kurds to deal with European citizens, Western countries could help ISIS's ideology persist, carried forth by the next generation of supporters.

Unless the international community implements a comprehensive strategy to deal with al-Hol and other similar camps, those who have been rendered stateless will have few alternatives but to identify themselves as citizens of ISIS, thus providing it with a legion of loyal supporters long after the physical caliphate has been destroyed.

Colin P. Clarke is an adjunct senior political scientist with the nonprofit, nonpartisan RAND Corporation and a senior research fellow at The Soufan Center.

This commentary originally appeared on Foreign Policy Research Institute on September 19, 2019. Commentary gives RAND researchers a platform to convey insights based on their professional expertise and often on their peer-reviewed research and analysis.