What Taiwan and Vietnam Could Tell Us in 2020 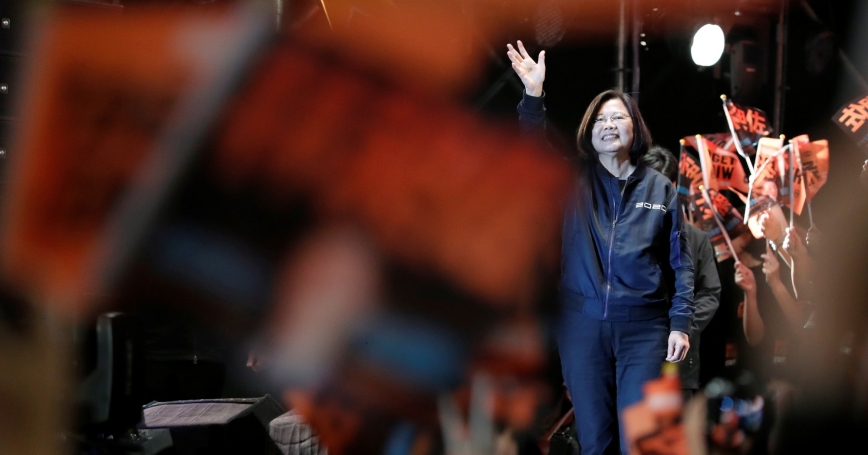 This year was certainly active and interesting in the Indo-Pacific, especially as the competition between the United States and China heated up. While many issues warrant attention in 2020, two that should be near the top of Asia-watchers' lists are Taiwan and Vietnam. Both are on the front lines of Chinese coercion, and their ability to respond, either with or without American support, will set the tone in the Indo-Pacific well beyond 2020.

Taiwan has its presidential election on January 11. Incumbent Tsai Ing-wen currently has a hefty lead over her rival Han Kuo-yu, with the latest polls showing nearly 59 to 15 per cent in her favour, meaning she is virtually assured re-election. Such an outcome would dramatically heighten tension in the Strait as Beijing deeply distrusts Tsai's intentions in regard to the so-called “1992 Consensus” in which it views Taiwan as part of “One China.” Beijing has already ramped up coercion against the island, and it will surely double down if Tsai gets re-elected.

The United States has sought to significantly strengthen defence ties with Taiwan to enhance deterrence, but Washington's likely desire to prevent bilateral ties with China from spinning completely out of control may reveal some American limits in cooperation.

Meanwhile, 2020 should be a banner year for Vietnam as it will celebrate the 25th anniversary of the normalisation of U.S.–Vietnam relations and serve as both chair of ASEAN and a non-permanent member to the United Nations Security Council. Hanoi assumes these positions following a summer of sustained tensions with China over disputed territory in the South China Sea at Vanguard Bank, and it will be telling to see how it handles these responsibilities under regional and international scrutiny. Vietnam could choose to highlight Chinese violations of international law to curb bad behaviour in the future (for example, Hanoi has threatened to sue, as the Philippines did), but Vietnam is likely to keep bilateral ties with China on an even keel to sign a Code of Conduct, which also has a 2020 deadline. But a more proactive Vietnamese posture, including elevation of U.S. ties, cannot be ruled out, especially if tensions with China return.

This commentary originally appeared on South China Morning Post on December 29, 2019. Commentary gives RAND researchers a platform to convey insights based on their professional expertise and often on their peer-reviewed research and analysis.