Where Science Says to Spend Any U.S. Opioid Settlement Money 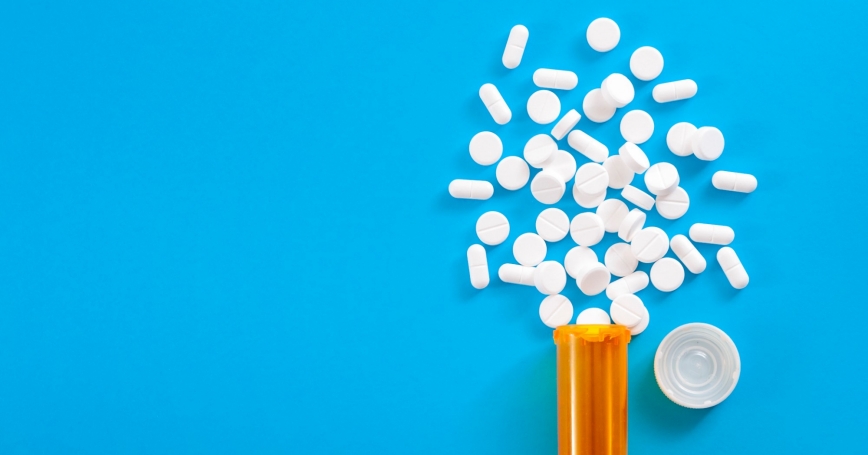 Since August, when the state of Oklahoma won a $572 million judgment against Johnson & Johnson for oversupplying prescription opioids, a global settlement with pharmaceutical companies has started to appear more and more likely.

Three of the biggest U.S. drug distributors and two major manufacturers already are in settlement talks with four states, and Purdue Pharma is pursuing a bankruptcy settlement. Other companies also seem eager to avoid the negative publicity and uncertain cost of fighting thousands of lawsuits across the country.

A global settlement won't come close to covering the $1 trillion in public and private costs of the opioid crisis. Still, the infusion of tens of billions of dollars could quickly save lives and mitigate lifelong harms—but only if these legal settlements are well-structured.

It matters how this money is earmarked for use. For instance, opioid prescriptions are already down significantly in response to a range of state and federal actions; spending more on that won't alter the course of the crisis in the short term. Instead, settlement money should be spent in three areas that research shows will substantially reduce deaths and improve lives: preventing overdoses and other harms to those using opioids, providing evidence-based addiction treatment, and offering services for mothers and children affected by the crisis.

The way to immediately reduce daily opioid-related deaths in the U.S. is to make the overdose reversal drug naloxone more widely available.

Each day there are more than 120 opioid-related deaths in the United States. The way to immediately reduce that number is to make naloxone—the highly effective opioid overdose reversal drug—more widely available. Many states and localities already equip first responders, as well as family and friends of those using opioids, with naloxone. But access remains inadequate, particularly in communities where there's been a dramatic increase in fentanyl-related overdoses. Fentanyl is so potent that someone who has overdosed can require multiple, sequential doses of naloxone.

Support for needle exchange programs and supervised injection facilities would save lives, too. Both have been shown to reduce injection drug use, overdoses, and transmission of infectious diseases, such as hepatitis C and HIV. These settings can also provide naloxone, addiction treatment medications, and education about risks.

Next, we need to offer effective treatment to those who are addicted. Of the 2.3 million Americans with an opioid use disorder, fewer than half receive any treatment at all. Among those who access specialty care, fewer than 35 percent receive methadone, buprenorphine, or naltrexone—medications found to reduce a patient's chance of future overdose death by as much as 50 percent.

Not only can local governments use settlement funds to buy such medications, some opioid company defendants (including Teva and Purdue) sell these treatment medications and could provide them as part of their settlement agreements. Money also could be used to train physicians and other health care workers in addiction treatment.

Finally, any settlement money should be invested in helping the mothers and children affected by the opioid crisis. From 2004 to 2014, the number of infants born with neonatal opioid withdrawal syndrome increased more than fivefold. There was a 25 percent increase in infants sent to foster care systems between 2011 and 2017—largely due to parental substance misuse.

Especially in hard-hit states such as Ohio, Kentucky, West Virginia, Tennessee, and Florida, investments that start with prenatal care and extend through childhood would pay huge dividends.

Pregnant women with opioid use disorder are up to six times more likely to have serious maternal and neonatal complications. Giving them clinically appropriate addiction treatment can save lives, keep families together, and reduce the kind of adverse experiences that create lasting harms for children. Mothers in recovery are more likely to be able to raise their children in supportive homes, which in turn promotes healthy social and emotional child development.

Even with billions of dollars, the settlement resources won't be unlimited. To avoid mistakes made in the tobacco master settlement agreement, where money mostly went to balance state budgets rather than to curb smoking and prevent future illness, any opioid funds must be carefully allocated where they will do the greatest good. If opioid money goes toward general state revenues, to reduce opioid supply, or to pay exorbitant attorney fees, it's unlikely to help us turn the corner on the crisis.

Rebecca Haffajee is a lawyer and policy researcher at the nonprofit, nonpartisan RAND Corporation and an adjunct assistant professor at the University of Michigan School of Public Health. Bradley Stein is a senior physician policy researcher at RAND, co-director of its Opioid Policies, Tool, and Information Center, and an adjunct associate professor of psychiatry at the University of Pittsburgh.

This commentary originally appeared on Pittsburgh Post-Gazette on December 19, 2019. Commentary gives RAND researchers a platform to convey insights based on their professional expertise and often on their peer-reviewed research and analysis.