Teens Are Driven to Stay Up Late, but Why? 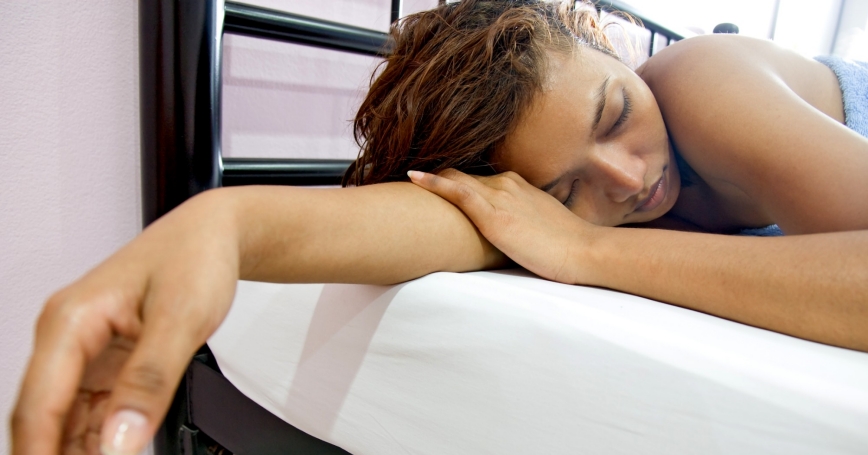 When I give talks around the country about why schools should start later for teens, there are certain questions that I'm asked so frequently, I can almost answer them in my sleep. But there's one question that comes up occasionally that's somewhat harder to answer, and that is, “Why do adolescents have a delay in their sleep-wake cycles?”

That adolescents have a biologically driven delay in their sleep-wake schedules is uncontested, and in fact, it is observed across cultures, including those with limited access to technology. But why this occurs is a tougher nut to crack. Truth be told, there are many issues pertaining to human biology, like why do people have an appendix, that remain a mystery even to scientists and physicians. I realize that is a less than satisfying response for many.

A prevailing theory (PDF) as to why the adolescent sleep phase delay occurs, or more specifically the delay that occurs at the time of puberty, is an evolutionary one. Developmentally, adolescence is a period of increasing individuation and separation from the parents, so adolescents' ability to stay awake later than their parents could be a biological manifestation of that process. Researchers from the University of Michigan suggest “it is possible that when a temperamental adolescent avoids his parents while staying up late socializing with peers, he might actually be responding to a hormonal drive to establish an independent life at a time of day that is not dominated by older individuals.”

That adolescents have a biologically driven delay in their sleep-wake schedules is uncontested, and in fact, it is observed across cultures, including those with limited access to technology.

It's kind of cool when you think about it—that around the time of puberty, adolescents show a hormonally driven shift in their circadian rhythms that allows them to stay awake later and sleep in later. Despite this unique ability to stay up later than most adults, teens need more sleep than adults—eight to 10 hours is recommended for this age group. An ideal schedule for most teens might be something like bedtime of 11 p.m. and wake-up time of 8 a.m. However, most middle and high schools in the United States start at or before 8 a.m, forcing many teens to wake up by 6:30 a.m. or earlier, hours before their biological rhythms tell them they are ready and hours before they can get the amount of sleep they need.

Recently I had a personal experience with my teenage daughter that really hammered this evolutionary theory home. I took my daughter on a trip to visit a dear friend of hers in Miami. As I had work to do during the day, I figured it was a great opportunity to allow the girls to enjoy some independence and freedom.

They were both certainly up to the task, and handled themselves responsibly and with maturity. What I didn't expect, however, was how with a little extra freedom, their sleep schedules would diverge so drastically from mine. Given the opportunity, they stayed up until the wee hours of the morning, and would take long naps in the late afternoon—resulting in me seeing very little of them the whole weekend.

It struck me how fluid a teenagers' sleep schedule can be and how their biology (very unlike my own) allows them to push their bedtimes back later and later given the opportunity. And how this compensatory behavior of long, late afternoon naps (something that I've seen in many teens across the country) can perpetuate a vicious cycle of difficulty falling asleep at a “reasonable” hour due to biological changes in their sleep-wake biology. This can lead to chronic sleep deprivation when they are forced to wake up early for school, followed by compensatory behaviors like extended, late afternoon naps (or excessive use of caffeine), which further exacerbate their difficulty falling asleep.

I made the explicit decision during this trip to afford my daughter a level of freedom and flexibility she doesn't usually get at home. While she was absolutely up to the challenge of handling herself responsibly and maturely during the daytime, at night, I basically was able to see her sleep patterns “un-masked” from parental controls.

As she snuggled next to me on the plane on the way home, I was reminded of the primary task and challenge of parenting a teenager: to launch healthy and responsible future adults. To do this parents can scaffold opportunities to develop independence while at the same time setting appropriate limits and boundaries. So that night, I cracked right back down and insisted on a bedtime before 11 p.m.

Sadly though, even with appropriate limit-setting and “good parenting” parents can only help their teens so much to get the sleep they need. Some of the challenges can be overcome, like adjusting school schedules to allow for later start times. Teen biology, on the other hand, can't be so easily adjusted.

This commentary originally appeared on Thrive Global on January 30, 2020. Commentary gives RAND researchers a platform to convey insights based on their professional expertise and often on their peer-reviewed research and analysis.