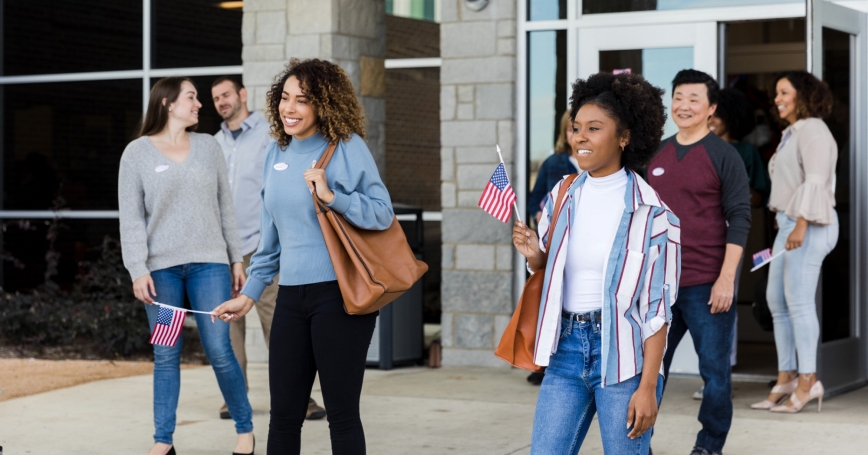 by Christopher Nelson and Anita Chandra

Civic engagement—voting, volunteering, social organizing, and such activities—is essential for the health of democracy. And with primary elections beginning this month, people have the chance to improve the health of our country. People may also be interested to know that a turn at the ballot box might improve their physical and mental health.

In a study funded by the Robert Wood Johnson Foundation, the RAND Corporation found substantial evidence that increases in civic engagement are linked to better health for individuals and whole communities. The findings hold across a variety of health outcomes: Higher civic engagement correlates to lower rates of cancer, heart disease and depression. Self-reported general health also tracks up and down with civic engagement across western developed countries.

The specific mechanisms linking health and civic engagement are still not fully understood. But there is some evidence that improvements in health are linked to reductions in social isolation, a problem that is growing in the United States and contributing to recent declines in life expectancy. Moreover, a small number of studies suggest that civic engagement may bolster individual resilience by reducing stress associated with financial problems.

It is also not yet completely clear whether better health causes more civic engagement or vice versa. But there is some reason to believe the causal arrows run in both directions. One study, for instance, found that depressive symptoms during adolescence and early adulthood predict lower participation in elections. The study also found that higher levels of community engagement predict lower rates of depressive symptoms in the future. Similarly, those who start out less likely to engage civically are less likely to be healthy. This results in some populations being both less connected and less healthy.

Increases in civic engagement are linked to better health for individuals and whole communities.

A high level of civic engagement matters not just for individual health, but for creating community conditions that promote health, whether through safe and healthy housing, clean air, or safe and walkable streets. Indeed, early advancements in public health, such as the development of community sanitation systems, were propelled by a combination of science and civic action. Today, some health providers and insurers are using “social prescribing,” in which prescriptions are written for exercise, healthy foods, and upgrades to housing, to address the social factors that influence health.

While helpful, social prescribing does little to address the underlying social, economic or cultural conditions that give rise to the ailments they are addressing. This is a dilemma that health care providers face when talking with their patients about, for instance, the impacts of climate change on chronic health conditions. Providers can advise patients to stay indoors, avoid vigorous physical activity on days with low air quality, and so on. But addressing the root causes of the problem involves significant policy changes that go beyond the limits of social prescribing—and that involves robust civic engagement.

The role of social and economic forces is, increasingly, part of conversations about health. Our findings suggest it is time to bring civic engagement into the conversation, not only to improve health but to ensure that the public remains an active part of “public health.”

Christopher Nelson is a senior political scientist and Anita Chandra is vice president and director of Social and Economic Well-Being at the nonprofit, nonpartisan RAND Corporation.

This commentary originally appeared on Las Vegas Sun on February 4, 2020. Commentary gives RAND researchers a platform to convey insights based on their professional expertise and often on their peer-reviewed research and analysis.