Does the U.S. Deal with the Taliban Present Opportunities for Iran in Afghanistan? 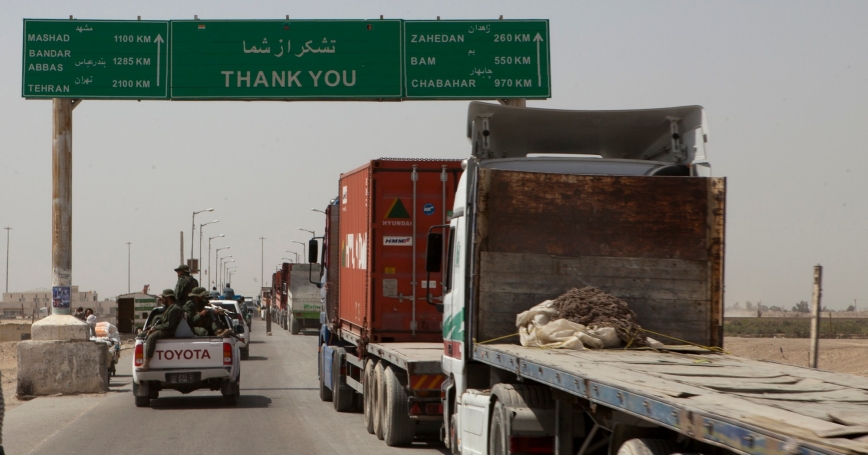 Trucks wait to cross the Afghanistan-Iran border in Zaranj, Afghanistan, May 10, 2011

Iran is watching closely as the United States and the Taliban negotiate an end to America's operations in Afghanistan. If the expected withdrawal of significant U.S. forces destabilizes Afghanistan, how much will Tehran assert its influence over its neighbor to the east?

Iran has worked to increase its soft power resonance in Afghanistan, through foreign direct investment and the development of infrastructure linked to communications and transportation. It's also spent years building ties to key stakeholders in that country, including groups with ethnic, cultural, and religious ties to Iran, as well as the Taliban. But Tehran has failed to achieve the same level of political influence that it wields in the countries to its West, such as Lebanon, Iraq, and Syria. In other words, Iranian influence on political and military affairs in Afghanistan has never reached its full potential—something Tehran is eager to correct.

Iran's experience working with Afghan proxies goes back decades to the Iran-Iraq War in the 1980s, where Afghan fighters fought on Iran's behalf against Saddam Hussein's forces. In the present era, Iran has cultivated a range of militias and Shia foreign fighters, including the Liwa Fatemiyoun, who could be redeployed to Afghanistan to help provide security and guard Iranian interests. The IRGC-QF could select the most elite members of the Liwa Fatemiyoun and use them for specialized terrorist operations in Afghanistan or elsewhere. In Syria, these fighters operated under direct Iranian command and did not take orders from Syrian regime troops. This suggests a familiarity with the Iranian way of war and has implications for a robust command-and-control relationship. In fact, the Fatemiyoun come much closer to being a proper Iranian proxy under Iranian command than most of the regime's other non-state partners and allies, including even the poster child of Tehran's non-state strategy, Lebanese Hezbollah.…

Colin P. Clarke is an adjunct senior political scientist at the nonprofit, nonpartisan RAND Corporation and a senior research fellow at The Soufan Center. Ariane M. Tabatabai is the author of the forthcoming book, “No Conquest, No Defeat—Iran's National Security Strategy.”

This commentary originally appeared on Defense One on April 6, 2020. Commentary gives RAND researchers a platform to convey insights based on their professional expertise and often on their peer-reviewed research and analysis.