Options for Designing a Public Option 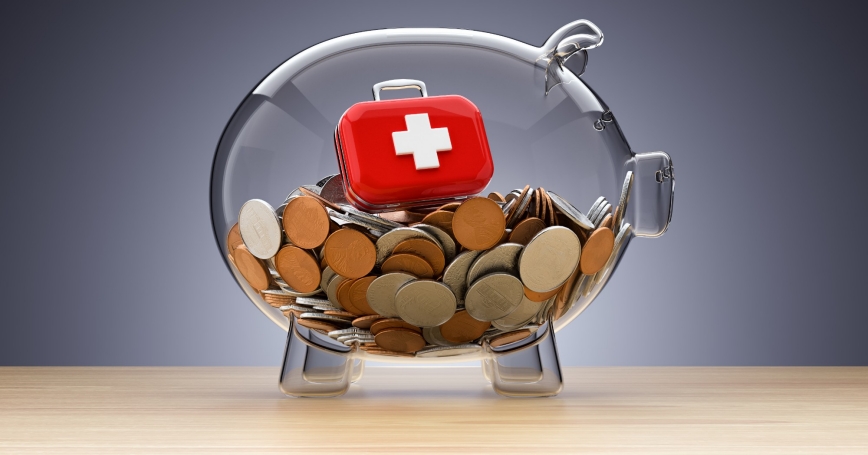 State and federal policymakers are considering adding state-backed public options to the individual market in an effort to expand health coverage and improve affordability. Such options would be either publicly administered or privately administered using publicly-defined provider reimbursement rates. Earlier today, we released an analysis of what would happen if public options became available in the country's health insurance exchanges (sometimes termed, “marketplaces”). This analysis uses RAND's COMPARE microsimulation model to gauge effects on coverage and cost. These scenarios included:

We analyzed a fully phased-in version of a public option in each scenario assuming nationwide implementation, using nationally representative data and economic theory to estimate effects on coverage, premiums, and federal spending. In this post we share some observations about the results of the modeling and key considerations for policymakers. We identify three important lessons:

To be sure, our analysis had limitations. First, our modeling preceded the COVID-19 pandemic. Our estimates thus do not reflect changes in enrollment and premiums resulting from the pandemic. Second, the modeling assumed that public options could, in fact, achieve specified provider reimbursement reductions. Some have expressed skepticism about the magnitude of reimbursement cuts that states could achieve—a skepticism that is likely to grow more pronounced during the COVID-19 pandemic. Finally, the analysis estimated the proposed policies' effects, without attempting to evaluate their likelihood of enactment. In particular, one of the scenarios assumed an off-exchange offering that would require a state to obtain a 1332 waiver, even though the current administration has made clear that it will not grant such waivers to support these kinds of state efforts. Nevertheless, we thought it was important to model this option, both because federal policies can change and because the scenario's effects illustrate important broader points, as explained below.

A Public Option Could Lower Premiums and Reduce Federal Spending

A public option plan that reduces provider prices in the non-group market could lower the federal government's health care spending.

A public option plan that reduces provider prices in the non-group market could lower the federal government's health care spending. In each of the above-described scenarios, we assumed that public option plans could obtain lower provider prices and thereby charge lower premiums. We also assumed that competitive pressures would lead private insurers to reduce their premiums as well, through measures that might include better contracting. Finally, for the scenarios in which the public option was offered on-exchange, the public option was assumed to lower the premium for the second lowest cost silver plan, often termed the “benchmark” plan. The combination of benchmark premium and household income determines each consumer's APTC amount, which a consumer can use to buy any exchange plan.

In all scenarios, we found that public option premiums were lower than individual market premiums under the status quo. Furthermore, we projected net federal savings on APTCs between $7 billion and $24 billion a year. The public option's impact lowering benchmark premiums thus yielded federal fiscal gains.

The modeling also found that this public savings did not cause large overall changes in coverage. Some gained and others lost insurance under the various modeled approaches, but total coverage levels increased only slightly with a public option under most scenarios. In thinking about a public option, it is thus important for policymakers to distinguish between objectives that involve coverage levels, premium costs to consumers, and federal spending levels.

One might think that lower premiums are great for all enrollees. However, lower premiums can increase costs for some consumers. As noted earlier, APTCs (PDF), which now help finance 69% of all individual-market coverage, are based on the benchmark premium. If that falls, APTC beneficiaries enrolled in the benchmark plan would be unaffected because their cost to buy that plan is based entirely on income. However, APTC enrollees in plans that charge less than the benchmark could wind up paying more, since their APTC amounts would decline.

With regard to making a public option available in the exchange that would lower benchmark premiums, our microsimulation found that, while that policy approach would not result in major changes to the total number of uninsured, it would have implications for who obtains or loses coverage and who pays more or less in premiums (see Table 1).

We also modeled the effects of a public option that was structured to limit the option's impact on APTC amounts. In the high-reduction scenario that offered the public option only off-exchange, that option did not directly affect the benchmark premiums that determine APTC values. APTC-eligible enrollees could buy the public option off exchange, under this scenario, using federal pass-through payments that approximate APTCs. Our modeling results showed this policy would increase the total number of insured by 3 million, with gains distributed above and below 400% of the FPL. Premium savings for the already insured would likewise be shared across both income groups.

These results involve three specific policy examples, but they illustrate an important broader point. By combining a public option with guardrails that limit APTC reductions, policymakers can help consumers across the income spectrum benefit from the public option's premium savings. That combination is possible without a 1332 waiver. For example:

Issuers currently in the individual market could react very differently to the introduction of a public option, depending on local conditions.

Issuers currently in the individual market could react very differently to the introduction of a public option, depending on local conditions. Some private issuers could respond to a public option by lowering private premiums, perhaps renegotiating network contracts. Other issuers may exit markets or otherwise react negatively if, for example, they are unable to match the public option's cuts to provider payments, or if the introduction of a public option changes the private insurers' risk mix. The latter issue may be compounded by cuts to risk-adjustment transfer payments, since such payments are based on average statewide premiums in the individual market, which are likely to decline with a public option.

Put simply, state context matters. A state's issuers, their provider reimbursement levels, their competitive reactions to a new public option, and the characteristics of local providers will all influence the eventual effects of a public option policy.

A public option that lowers individual-market premiums based on publicly-administered prices could be a powerful tool to lower health care spending without dramatically reducing overall coverage levels. Unfortunately, if that tool is deployed without carefully considering the detailed structure of private insurance markets under the ACA, unintended and negative consequences could result, especially for low- and moderate-income consumers. Fortunately, policymakers can combine public options with APTC guardrails to improve affordability and coverage for a broad range of affected families, depending on key policy details and market conditions. We encourage officials to thoughtfully evaluate what approach best meets their state's needs, taking into account local conditions and priorities.

Michael Cohen is a policy consultant at Wakely and previously served in CCIIO as policy and research staff. Al Bingham is an actuarial consultant at NovaRest Actuarial Consulting and previously served as an actuarial consultant at Wakely and as senior actuary at CCIIO/CMS on ACA-related issues. Stan Dorn directs the National Center for Coverage Innovation at the nonprofit, nonpartisan Families USA, where he also serves as senior fellow. Jodi Liu is a policy researcher at the nonprofit, nonpartisan RAND Corporation. Christine Eibner is the Paul O'Neill Alcoa Chair in Policy Analysis and a senior economist at RAND.

The authors would like to thank the Robert Wood Johnson Foundation, which provided the support that made our work possible.