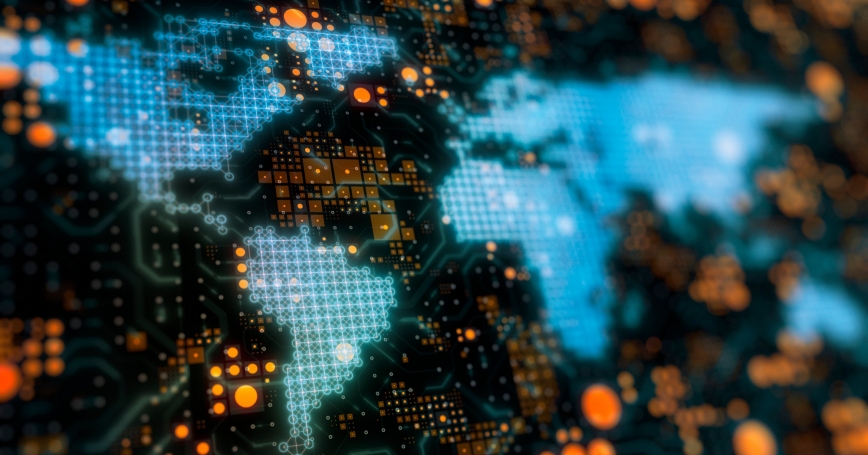 Voting may still be six months away, but already the 2020 election cycle is in full swing, and the traditional presidential tropes—pledging a new and better future—are out in force.

And yet, for all the campaign promises to the contrary, a disconcerting truth remains. Even before the COVID-19 pandemic, the country faced a growing strategic predicament: The United States' challenges are mounting, and its international commitments increasingly outstrip its means to fulfill them. Since the pandemic, these problems have only multiplied. Consequently, no matter who wins in 2020, big changes in America's foreign policy could be on the horizon.

To start, the geopolitical dynamics making the world an increasingly uncertain place exist largely irrespective of who occupies the presidency. To be sure, President Trump is a polarizing figure. In Pew Research surveys of 32 countries worldwide, 64 percent of respondents said they had no confidence that he would “do the right thing” in world affairs, making him far more globally unpopular than other leaders, such as Germany's Angela Merkel, France's Emmanuel Macron, China's Xi Jinping, and Russia's Vladimir Putin. And Trump's statements—threatening to withdraw from NATO or demanding greater burden sharing for American troops abroad—have put American allies and partners on edge. And highly publicized aid campaigns in the wake of the COVID-19 pandemic by China and Russia—along with relative American inaction—will likely further tilt global opinion against the United States.

Moreover, the deeper forces unsettling American global alliances all exist apart from who is at the helm of the United States. These include the populism riling Europe, continued turmoil and sectarian violence in the Middle East, and the angst in Asia stemming from a more powerful, more assertive China.

No matter who is president in 2021, America's adversaries will likely remain constant. But its allies may change, particularly when it comes to use of force.

Arguably, the COVID-19 pandemic has only added further strain to American alliances, as multiple countries—including the United States—prioritize domestic interests over alliances. No matter who is president on January 20, 2021, the United States' adversaries will likely remain constant, but its allies may change, particularly when it comes to use of force.

Second, the numbers do not lie. At the end of the Cold War, the United States and its European and Asian allies made up more than three-quarters of the global gross domestic product. Even before COVID-19, that number had fallen below 60 percent and was projected to fall below 50 percent by 2030, while the share belonging to American adversaries will rise to 30 percent. Much of the greatest growth was in China, while the greatest relative declines were in Europe and Japan, tilting the economic balance against the United States and its allies.

The COVID-19 pandemic may accelerate these trends. In April, the International Monetary Fund projected (PDF) that the Eurozone, Japan, and United States will suffer sharp declines in GDP, while China will enjoy sluggish but still positive growth in 2020. In other words, the United States and its allies' overwhelming economic advantages, which have undergirded their military might, will dwindle. Even if the American economy were to resume its boom, it may not be able to fully reverse this trend.

Third, the security challenges confronting the United States are diversifying. As a slew of American strategic (PDF) documents (PDF) make clear, the United States is once again in an era of great-power competition. That said, the war on Islamic terrorism that occupied the United States' strategic attention for the better part of the past two decades has not ended. Moreover, the threats posed by U.S. adversaries—China, Russia, Iran, and North Korea—are different and demand a different suite of capabilities. For American strategists, then, the challenge becomes not how to compete with this or that great power, or engage in counterterrorism operations, but how to do all of the above. Importantly, none of these challenges shows any signs of going away just because the world is also preoccupied by the COVID-19 outbreak. To the contrary, all five adversaries seem intent on exploiting the situation to their advantage.

Finally, a host of external factors are also growing. Even bracketing the COVID-19 pandemic for a moment, the impacts of climatic shifts—from rising sea levels to recurring natural disasters—will impact millions of people and ratchet up the internal pressure particularly in developing states, including many already suffering from instability and terrorism. At the same time, the increasing ease with which information—regardless of its veracity—can be shared across borders, coupled with the important role public opinion plays in shaping policy, may hamstring American democratic allied actions especially relative to the United States' authoritarian foes.

Together, stable adversaries with unstable alliances, a diversifying threat, diminishing resources, and mounting external pressures could make for a more combustible world and one that could pose greater challenges to American leadership. The American military could find itself spread ever more thinly across regions to deal with a multitude of threats. And, as a bipartisan commission found (PDF), defense budgets may struggle to keep pace into the next decade.

And so, the question is not whether the next president will face a strategic predicament, but rather how he ultimately chooses to manage it. The United States could double down on its existing commitments and expend significantly more treasure and potentially blood as well, or retreat and accept the consequences of nefarious actors stepping up to fill the void.

A former active duty Army officer, Raphael S. Cohen is the associate program director of the Strategy and Doctrine Program, RAND Project Air Force at the nonprofit, nonpartisan RAND Corporation. He is lead author of the newly released series, “The Future of Warfare in 2030” from which this essay is partially adapted.

This commentary originally appeared on The Hill on May 25, 2020. Commentary gives RAND researchers a platform to convey insights based on their professional expertise and often on their peer-reviewed research and analysis.