The Pandemic Is a Disaster for Artists 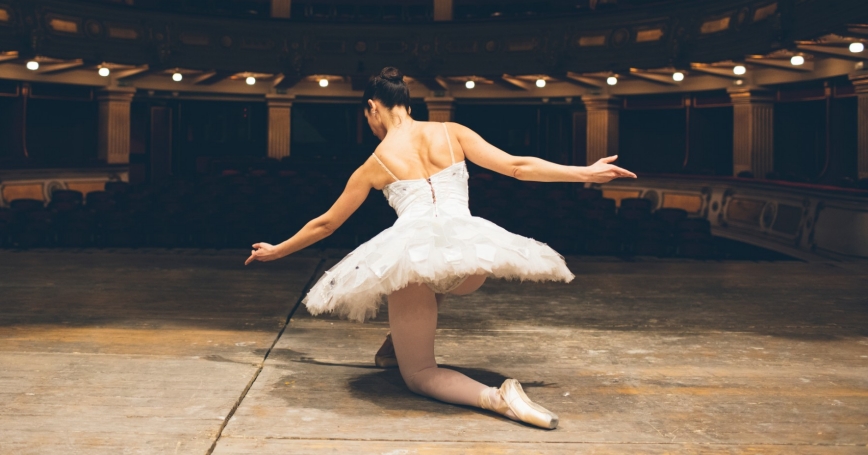 As COVID-19 cases grow nationwide and permanent layoffs continue to rise, it's becoming increasingly difficult to imagine the United States returning to “normalcy” anytime soon. Students may return to school in the fall. Restaurants and gyms may resume normal hours and dining services. But the arts, as we know them, are likely to be shut down for the foreseeable future.

The structure of the arts and cultural industry leaves working artists and performers particularly vulnerable during catastrophes. As of May 4, an ongoing survey conducted by Americans for the Arts showed that two thirds of artists are having trouble sourcing materials. It also appears virtually certain that arts venues will reopen later than other businesses because social distancing is difficult both for audiences and for performers. As one benchmark, Broadway theaters do not plan to reopen until at least January 2021, and music venues that have tried to reopen have run into pushback.

The upshot is that the vast majority of artists have likely lost some or all of their income, not to mention losing the institutions on which they depend to earn their living. And there is no clear path back to pre-pandemic levels of employment. To understand how artists are likely to fare during the pandemic, we looked at the U.S. Department of Labor's Current Population Survey (CPS) and the 2020 Coronavirus Aid, Relief, and Economic Security (CARES) Act. (For more details about how we analyzed the CPS, our Stata code can be found at GitHub.)

How Many Artists Are Out of Work?

We compared employment levels for artists and non-artists. We adopted the NEA's definition of who counts as an artist (PDF). We also included librarians and archivists because libraries are included in the federal framework (PDF) for arts disaster relief. The various types of artists were grouped into three broader categories: performing artists (dancers, choreographers, actors, directors, musicians, singers, DJs, and other performers), non-performing artists (visual artists, photographers, designers, and writers), and others (architects, librarians, and archivists). We also analyzed food services and retail/wholesale, which are two of the most common alternative sources of income for artists.[1]

As Figure 1 shows, artists are being hit with a double whammy of unemployment. As of May, workers in arts occupations, food services, and retail are all more likely to be unemployed than those in other occupations.[2] This means artists are more likely than others to have lost their main source of income—even if that source was not art-related.

Unemployment is particularly high for performing artists, of whom 27.4 percent report being unemployed, roughly twice the fraction of non-performing artists (14.5 percent) and higher even than those working in retail (18 percent). By contrast, at 11.4 percent, the unemployment rate for architects, librarians, and archivists is about the same as for the rest of the economy. The difference is likely due, at least in part, to the fact that performing artists are much more likely to be self-employed. But it also may be that performing artists have more trouble earning money by working from home, whereas designers, writers, and even visual artists may be able to continue working, publishing, or selling their art remotely.

If anything, this is an underestimate of the severity of the pandemic. Some artists may have lost some of their income without being fully unemployed. Some may not yet have successfully filed. And there are other signs of distress that cannot be observed in the CPS: as early as April artists began depleting their emergency savings. And many performing artists receive insurance through their union based on how much they work, meaning that individuals' insurance coverage—and potentially the ability of unions to provide that insurance at all—is at risk.

New Provisions in the CARES Act

The CARES Act makes several important changes to the eligibility rules for unemployment insurance. Foremost among these is the creation of Pandemic Unemployment Assistance, which provides up to 39 weeks of unemployment benefits to individuals who might not otherwise qualify, including but not limited to self-employed workers who are not salaried.

The CARES Act also created the Small Business Administration Paycheck Protection Program and temporarily extended eligibility for the Emergency Injury Disaster Loan program so that self-employed workers and independent contractors who file 1099s can qualify for its loans. And as is the case after other emergencies or disasters, the network of arts emergency funders mobilized quickly during the pandemic to provide grants directly to artists.

Still, although the provisions of the CARES Act are critical, they won't be enough. Self-employed worker eligibility for pandemic unemployment assistance will expire at the end of the year, before most arts organizations expect to reopen. The grants provided by foundations and arts funders are small and intended to provide short-term aid, not to float people through a year-long crisis. By the time the pandemic is over, millions of artists may have run out of unemployment benefits, lost their insurance, and possibly even given up on their arts careers altogether. Early signs are already pointing to this being in the case.

What More Could Be Done?

First, Congress could consider whether to extend the provisions of the CARES Act to ensure artists will remain eligible for unemployment benefits at least until the pandemic is over. It could ensure that people who lose their employer-sponsored insurance can maintain coverage, for example by opting to subsidize COBRA coverage and opening up enrollment periods for state marketplaces. Congress could also consider whether to provide more funding to the NEA to disburse to organizations that make grants directly to artists, as they are best able to reach out to those most likely to fall through the cracks.

James Marrone is an associate economist, Susan Resetar is a senior operations researcher, and Daniel Schwam is a quantitative analyst at the nonprofit, non-partisan RAND Corporation.