Building the Boogaloo Brand: Why the Movement Succeeds in Attracting New Followers 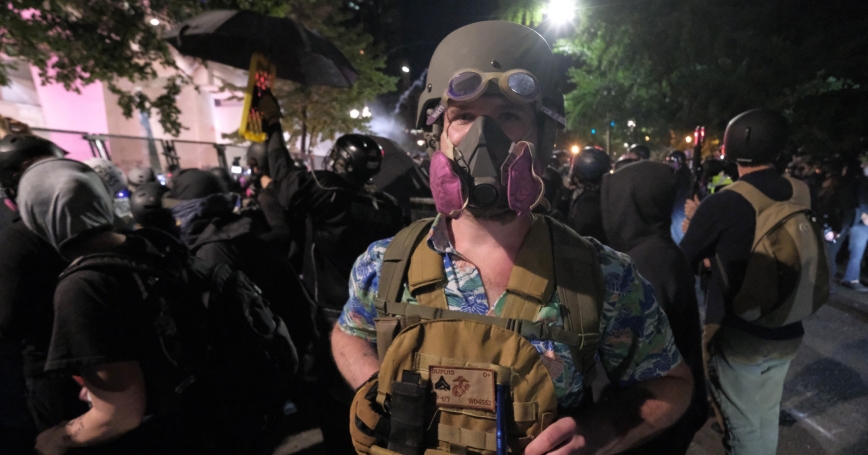 A Boogaloo Boy stands with protesters demanding that federal officers leave the federal courthouse in Portland, Ore., on July 25, 2020

Just a few months ago, most people in the United States had never heard of the “Boogaloo Bois.” But now, as we move into the latter half of 2020, this nascent and decentralized movement, which mythologizes firearms as the solution to perceived tyranny, has become an attractive proposition for a surprising number of Americans.

Against the backdrop of the COVID-19 pandemic, the increased implementation and use of so-called red flag laws, and recent protests and calls to defund the police following George Floyd's killing, Boogaloo narratives and imagery have proliferated widely...

Matthew Kriner is an analyst of far-right extremism and radicalization, and Colin P. Clarke is a senior fellow at the Soufan Center and an assistant teaching professor at Carnegie Mellon University's Institute for Politics and Strategy and an adjunct senior political scientist at the nonprofit, nonpartisan RAND Corporation.

This commentary originally appeared on Slate on August 19, 2020. Commentary gives RAND researchers a platform to convey insights based on their professional expertise and often on their peer-reviewed research and analysis.