What to Watch to Understand the Sino-Iranian Relationship 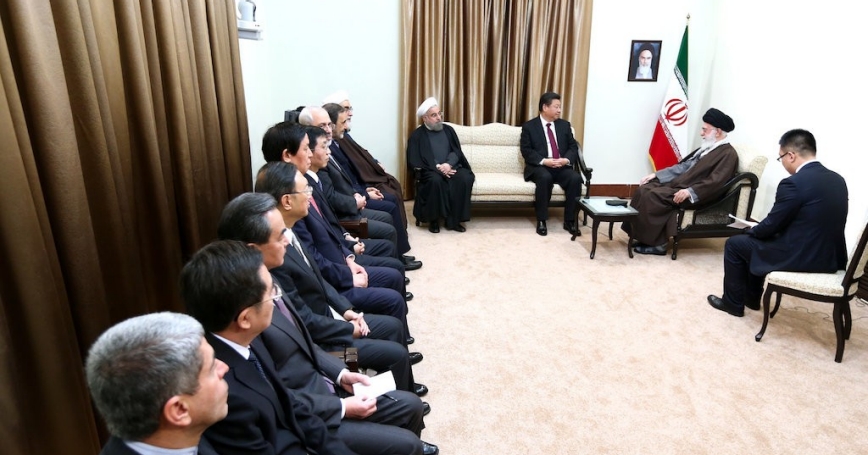 Beijing and Tehran are in the process of finalizing an ambitious partnership covering a range of security and economic issues. According to reporting by the New York Times, the agreement will include Chinese development of Iranian transportation infrastructure, a 5G network and joint military exercises, among other points of cooperation.

The announcement evoked two types of reactions in the West. To the more traditional foreign policy hawks, the agreement is overwhelming evidence of “the dangers from ambitious authoritarian powers” and proof that Iran's foreign policy ambitions extend far beyond the Middle East. And to those who find the partnership more benign, Iran's outreach to China is simply business as usual and consistent with Iran's long history of balancing its relationships with great powers. According to the latter view, this is more of a tactical maneuver than a strategic move that undercuts U.S. influence in the region while bolstering two of Washington's primary adversaries.

In fact, it's not clear how this Sino-Iranian partnership will shape up. The United States should not overreact to shifting geopolitical dynamics in the Middle East, and should instead keep an eye out to assess the evolution of the relationship and take stock of what is delivered instead of what is merely promised. In short, to borrow a motto from President Xi Jinping's alma mater, Tsinghua University: “行胜于言,” or, actions speak louder than words. Policymakers should watch a range of potential indicators that could signal the partnership's real significance.

Colin P. Clarke is an an adjunct senior political scientist at the nonprofit, nonpartisan RAND Corporation, a senior research fellow at The Soufan Center, and an assistant teaching professor at Carnegie Mellon University's Institute for Politics for Strategy. Mollie Saltskog is an intelligence analyst at The Soufan Group, a strategic consultancy based in New York City.

This commentary originally appeared on Lawfare on August 13, 2020. Commentary gives RAND researchers a platform to convey insights based on their professional expertise and often on their peer-reviewed research and analysis.