America's Indo-Pacific Vision Is Becoming a Reality—Because of China 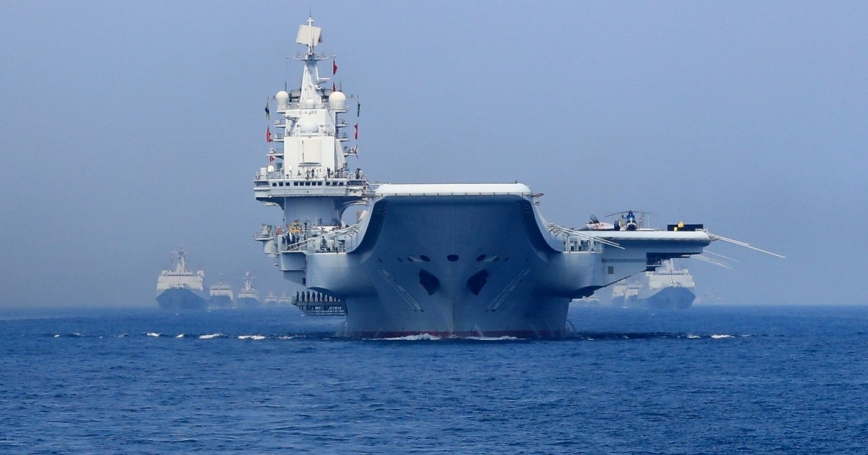 The Trump administration's Indo-Pacific strategy has received a significant boost in recent months toward achieving its goal of keeping the region “free and open” from Chinese coercion. Ironically, China itself has been doing the boosting.

Beijing's rising assertiveness against Hong Kong, Taiwan, and counter claimants in the East and South China Seas, and now even against India along the Himalayas, has resulted in unprecedented agreement across the Indo-Pacific and beyond that China's muscular approach is an unwelcome development in the region.

Several concerned nations are already deepening security ties with each other and the United States in order to mitigate the threat. If Beijing continues to ramp up its assertiveness, additional countries are likely to follow suit, leaving China further isolated.

Take, for instance, the Quadrilateral Security Dialogue, or Quad, comprising Australia, India, Japan, and the United States All four nations have repeatedly affirmed the importance of maintaining a rules-based international order and norms of behavior. Their security cooperation is deepening.

On July 1, Australia's defense ministry released a strategic update and force structure plan aimed at countering China. A few days later, China and India agreed to end a military standoff along their disputed land border, but the damage has been done. Now even India's most ardent China supporters are hardening their positions. Then, on July 14, Tokyo released its annual defense white paper slamming China's relentless and unilateral attempts to “change the status quo by coercion in the sea area around the Senkaku Islands.”

Beijing's assertive actions mean that Washington is also faring quite well in Southeast Asia—the primary theater of competition for influence.

Beijing's assertive actions mean that Washington is also faring quite well in Southeast Asia—the primary theater of competition for influence.

Vietnam is a burgeoning American security partner and this year's Association of Southeast Asian Nations chair. At the ASEAN foreign ministers meeting on September 9, Vietnamese foreign minister Pham Binh Minh said “we welcome the United States' constructive and responsive contributions to ASEAN's efforts to maintaining the peace, stability, and developments in the South China Sea.” This came after Vietnam updated its Three No's defense policy last November, which now states that while Hanoi will never be the initiator of war, if provoked, Vietnam reserves the right to strengthen ties with partners—parenthetically the United States. In addition, Vietnam is currently bolstering security ties with a range of other countries, including Australia, Japan, and India.

Elsewhere in the region, Malaysia made a submission to the UN on July 29 rejecting “in its entirety” China's earlier submissions to the UN regarding South China Sea sovereignty. Earlier, on June 2, the anti-U.S. and pro-China president of the Philippines, Rodrigo Duterte, postponed a final decision on whether to terminate the U.S.-Philippines Visiting Forces Agreement, or VFA, in large part due to continued Chinese assertiveness in the South China Sea. The VFA authorizes U.S. military forces to easily enter and maneuver within the Philippines to respond to China-related contingencies.

Indonesia on July 22 held a major military exercise in the region, clearly aimed at deterring further Chinese incursions into its exclusive economic zone. Even Brunei, on July 20, normally the quietest of claimants, surprisingly emphasized the need to uphold the rule of law in accordance with UNCLOS to settle disputes.

Taiwan is also committed to maintaining a “free and open” Indo-Pacific. The island faces unrelenting and rising Chinese pressure on every front, greatly contributing to the recent improvement in U.S.-Taiwan relations. Beijing's bad behavior has also motivated countries outside of the region to support America's Indo-Pacific strategy. Most notably, the U.K. and France in 2018 engaged in freedom of navigation operations and presence at sea operations in the South China Sea to challenge Chinese claims. On June 17, they, in concert with the rest of the Group of Seven, expressed deep concerns over Beijing's new national security law for Hong Kong.

To be sure, not all countries in the region feel comfortable supporting the Indo-Pacific strategy, and Washington should not expect much support from Cambodia, Laos, Myanmar, or more worryingly, Thailand, which remains a U.S. ally. Singapore Prime Minister Lee Hsien Loong's July 29 warning to the United States to stop “treating China as an adversary,” should also give the United States some pause. Singapore is a de facto security ally that has traditionally served as a bridge between the United States and China and the pulse of the entire region.

Indo-Pacific nations appear increasingly perturbed by China's behavior, and if this trend is sustained, then Beijing might further alienate these states, and perhaps others.

And just because many countries are supporting U.S. objectives does not necessarily mean they are choosing the United States over China. Indeed, most, if not all Southeast Asian countries are very likely to remain in hedging mode to avoid antagonizing either side. But what it does mean is that Indo-Pacific nations appear increasingly perturbed by China's behavior, and if this trend is sustained, then Beijing might further alienate these states, and perhaps others. Eventually, they may more actively support U.S. objectives. It is no coincidence, then, that Chinese defense minister Wei Fenghe this past week set out on a reset tour by visiting Malaysia, Indonesia, Brunei, and the Philippines.

Without a reset, Beijing might have to hang its hat on the likes of North Korea, Pakistan, Cambodia, and Russia as its only friends in the Indo-Pacific. That would be a catastrophe.

Derek Grossman is a senior defense analyst at the nonprofit, nonpartisan RAND Corporation. He formerly served as an adviser at the Pentagon.

This commentary originally appeared on Nikkei Asian Review on September 13, 2020. Commentary gives RAND researchers a platform to convey insights based on their professional expertise and often on their peer-reviewed research and analysis.