Is Ayman al-Zawahiri Really the Future of Al-Qaida? 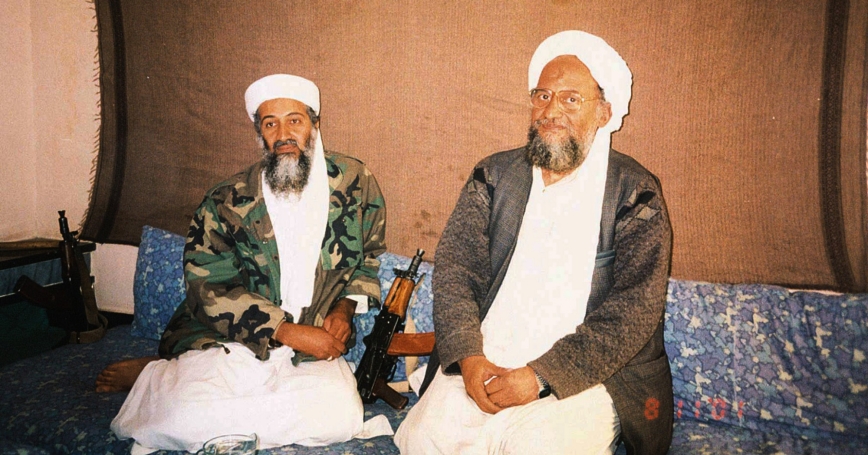 Nineteen years after 9/11, al Qaida chief Ayman al-Zawahiri has yet to achieve the household notoriety evoked by his immediate predecessor, Osama bin Laden. In part that's because the United States hasn't cared enough to focus attention on him. Aside from massive financial overtures for intelligence on his whereabouts—there's currently a $25 million bounty offered for his head, higher than the reward for any other terrorist in the world—the U.S. government has been relatively blasé about al Qaida since Zawahiri took over in 2011. Some terrorism analysts even claim a living Zawahiri has done more harm to al Qaida than a dead one ever could.

But that conclusion doesn't square with the recent trajectory of the group. While al Qaida has not been able to replicate an assault like 9/11, that's also a naive metric of success. Al Qaida maintains affiliates in regions across Africa, the Middle East, and South Asia. And though he's conjured less of a personality cult, al Qaida's current leader is just as dangerous to the United States as its old one.

The basic facts are indisputable, if not especially flattering: Zawahiri is old and repeats himself in long-winded and meandering speeches. Compared to bin Laden, Zawahiri is restrained in his operational strategy and sclerotic in his management style. He has advocated a steadier, less flashy role for al Qaida: preservation of the jihadi vanguard through unity and careful politics—an approach that remains particularly unappealing to younger cohorts of would-be jihadis. Critics pinpoint the fissure between al Qaida and its once-major affiliate in Syria, the Nusra Front, as emblematic of Zawahiri's ineptitude at leadership. In the time since bin Laden's death, the Islamic State has emerged and been able to assert itself as the leader of the global jihad, the new kid on the block outpacing its forefathers. That's due not just to Zawahiri's management missteps, but also to his failures in developing jihadi ideology that could match the Islamic State's focus on a territorial state and extreme violence.

Al Qaeda’s current leader is just as dangerous to the United States as its old one.

But Zawahiri's ostensible weaknesses have ultimately aided al Qaida's cause, especially in a world fixated on the Islamic State. Zawahiri, for example, is averse to state-building—a stance that shielded al Qaida and provided the group with relative respite as the Islamic State became a more immediate target of U.S counterterrorism efforts. As U.S. strikes against the Islamic State intensified, the cohesion of al Qaida's affiliates and its allies improved. Although the group had initially come under enormous stress due to defections and splintering, its leadership was able to recognize the strategic opportunity to focus on internal politics and local issues. Most notably, perhaps, Zawahiri prevented the defection of al Qaida senior leaders, including Saif al-Adel and Abu Mohammed al-Masri. Adel's continued obedience to Zawahiri is especially remarkable, as he was relatively independent-minded and even critical of bin Laden's decisionmaking.

Zawahiri's call for unity and his general lack of interest in outbidding violence enabled al Qaida to portray itself to its supporters and potential recruits as the more reliable jihadi front opposite the Islamic State. Rather than be consumed by his rival, Zawahiri focused on using the Islamic State's takfiri (PDF) tendencies—declaring other Muslims to be nonbelievers—and obsession with grotesque violence to reframe al Qaida's brand. Incredibly, the group responsible for the attacks of 9/11 was able to position itself as a moderate entity in the Sunni jihadi milieu.

Zawahiri's appearance of restraint—at least relative to the Islamic State—bolstered local outreach efforts of the group's regional affiliates. As the Islamic State stumbled after making initial inroads and then faced popular backlash, Zawahiri-directed al Qaida affiliates presented themselves as a more palatable jihadi alternative. As part of these efforts, fighters have steadily ingratiated themselves at the local level in parts of Somalia, Syria, and Yemen, as well as in West Africa, in some cases taking the initiative from the Islamic State's affiliates.

Analysts have argued that that Zawahiri has entangled al Qaida in local civil wars to a point where its affiliates can no longer maintain a focus on transnational attacks. The overall direction of al Qaida, however, suggests otherwise. Zawahiri has pushed al Qaida away from the long-running dichotomous “near enemy” versus “far enemy” jihadi debate. Instead, he has found a way to balance transnational goals and the local imperatives of regional affiliates, while attempting to manage the associated risks of being targeted by the United States.

For example, Zawahiri appears to have apportioned transnational operations to the affiliates in Yemen and Syria, even if that means fewer and more modest plots, guided by an emphasis on being—according to one senior U.S. counterterrorism official—“strategic and patient.” In West Africa's Sahel region, Zawahiri is content to allow al Qaida affiliate Jamaat Nasr al-Islam wal Muslimin pursue regional goals. And in South Asia, Zawahiri wants the local affiliate to host the group's senior leadership and support the Afghan Taliban.

Zawahiri has also been pragmatic regarding al Qaida's complicated relationship with Iran. This was far from a given; Zawahiri had harsh words for the country until 2010. Over the past decade, however—and the past few years in particular—his views have softened. This well-timed about-face has allowed al Qaida to protect its leadership and mobilize some material aid (PDF)—if not from Iran directly, at least via geographic routes afforded by Iranian territory.

Perhaps Zawahiri's most significant strategic victory is that he has managed to preserve al Qaida's relationship with the Afghan Taliban, which has survived despite enormous international and U.S. military pressure to cut ties. The United Nations (PDF) recently reported that in recent months, Zawahiri personally negotiated with senior Afghan Taliban leadership to obtain assurances of continued support. These talks appear to have been successful; despite commitments to the U.S. government as part of the February 2020 Doha peace deal, the Afghan Taliban has neither publicly renounced al Qaida nor taken any discernible action to limit the group's operations in Afghanistan.

Despite Zawahiri's steady leadership—which has minimized al Qaida's losses while giving it an opportunity to rebuild itself—the group still faces serious challenges going forward. For one, there's the question of who will lead al Qaida after Zawahiri's gone.

Much like the generation before it, Zawahiri's successor will face the dilemma of balancing what many in al Qaida believe is the imperative of transnational terrorism in the West and the costs of U.S. and U.S.-allied counterterrorism efforts. Many leaders likely perceive a major attack as proving al Qaida's imprimatur as the dominant jihadi movement, in service of bin Laden's grand strategy of baiting and bleeding the United States in challenging confrontations.

But others also appear aware of the costs of a large-scale terrorist operation. One lesson Zawahiri seems to have internalized is that U.S. counterterrorism capabilities remain powerful, a fact that can limit al Qaida's freedom of movement while making it costly for some affiliates and allies to support the group. They also seem to assess that rapid turnover (PDF) of leadership—as in the period from 2008 to 2015—could potentially lead to al Qaida's collapse.

For now, however, Zawahiri is still at al Qaida's helm—and this soft-spoken, moderate-mannered leader remains a force to be reckoned with, regardless of whether another 9/11-style attack is in the offing.

Colin P. Clarke is an adjunct political scientist at the nonprofit, nonpartisan RAND Corporation, a senior research fellow at the Soufan Center and an assistant teaching professor in the Institute for Politics & Strategy at Carnegie Mellon University. Asfandyar Mir is a postdoctoral fellow at the Center for International Security and Cooperation at Stanford University.

This commentary originally appeared on Foreign Policy on September 10, 2020. Commentary gives RAND researchers a platform to convey insights based on their professional expertise and often on their peer-reviewed research and analysis.