How to Avoid a Space Arms Race 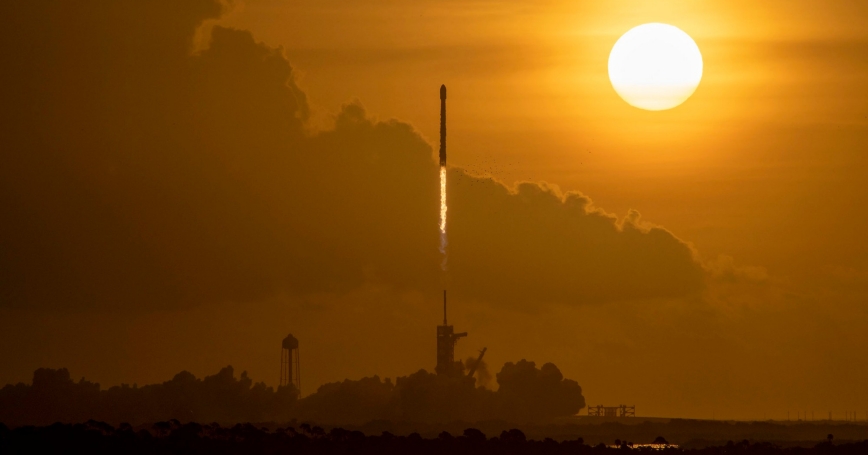 On September 22, Russian President Vladimir Putin proposed that leading space powers agree to prohibit the “stationing” of weapons in space and the “threat or use of force” against space objects.

There's hardly anything new in Putin's pronouncement. As far back as 1985, the USSR called for a ban on “space strike weapons.” Moscow has sounded variations on the same theme, often aided and abetted by China, ever since. Both nations share a common desire to curb the U.S. technological prowess in developing advanced space capabilities, especially those that might be applied to missile defense or anti-satellite operations.

Ironically, both Russia and China are actively developing and testing a variety of technical approaches to threaten U.S. and allied space assets in the event of a crisis or conflict. Twice this year, Russia has tested different systems capable of destroying U.S. satellites.

These developments are worrying. U.S. economic and national security have grown increasingly dependent on the global communications, precision navigation, weather forecasting, and overhead imagery provided by on-orbit systems. It is difficult to imagine, for example, how the U.S. military could operate as effectively as it has over the past two decades without unfettered access to the information derived from and transmitted through space.

America's newest independent military service—the U.S. Space Force—was created in large part to deal with the threats posed by Russia and China to U.S. and allied space capabilities. According to its first statement on doctrine, the primary purpose of military space forces is “to secure U.S. interests through deterrence and, when necessary, the application of force.”

This is familiar language. Deterrence, and the capability to respond with overwhelming force to aggression, have long been central elements of U.S. national security policy, especially in the nuclear domain.

So too has been the pursuit of arms control agreements as a complementary approach to enhancing stability, bolstering deterrence, and avoiding costly arms races. Thus, it is worth asking whether arms control can play a useful role in mitigating potential threats to U.S and allied interests in space.

There has been some success. The 1967 multilateral Outer Space Treaty prohibited the stationing of weapons of mass destruction in orbit. The 2010 U.S.-Russian New START nuclear arms control agreement prohibited either country from interfering with the other side's “National Technical Means” for monitoring compliance, which is understood to include satellite reconnaissance systems as well as other intelligence collection methods

Negotiating legally binding limits on weapons or activities that threaten use of space by all nations has so far proven elusive.

But negotiating legally binding limits on weapons or activities that threaten use of space by all nations has so far proven elusive, for several reasons.

In the first place, defining what constitutes a space weapon can be daunting. Terrestrial-based missile defense interceptors can and have been adapted to also destroy satellites. Lasers, electronic jamming, directed energy weapons, and offensive cyber tools designed for a wide range of other national security missions can also threaten satellites. It is highly unlikely that the United States or others would agree to ban capabilities that they believe are essential to protect their military operations on land, at sea, in the air, or in space.

In the future, the problem of defining an anti-satellite weapon (ASAT) is likely to get even more complicated. Several space-faring countries are planning to develop a capability to service and refuel satellites on orbit to extend their service lives. However, any system that can maneuver close enough to another satellite for this purpose can pose an ASAT threat. In July Russia used a close approach to conduct a non-destructive test against one of its satellites.

Even if an agreement could be reached on the definition of an ASAT system, verifying compliance with arms control limits would prove challenging.

Some 70 countries and multinational organizations own or operate satellites. The U.S. Space Force tracks over 26,000 thousand objects in space, including satellites and debris. This number is likely to grow rapidly. SpaceX, for example, plans to launch thousands of small Starlink satellites to provide global internet service. Sorting out potential threats in a more crowded space environment may become increasingly difficult.

Parties to any arms control accord must have confidence that others are not cheating.

Parties to any arms control accord must have confidence that others are not cheating. Onsite inspection, a common feature in arms control pacts, is largely infeasible in space. It is unclear whether proven arms control monitoring tools, such as information exchanges, are feasible or useful for a space agreement.

The history of U.S.-Soviet arms control during the Cold War might suggest a way forward. Before the two superpowers concluded major agreements, they negotiated a series of measures to enhance transparency and build mutual confidence, such as notifying each other of impending ballistic missile launches. They also adopted measures to avoid incidents at sea.

Efforts to promote transparency and confidence in the space domain are underway. Under both Republican and Democratic administrations, the United States has collaborated with other nations and the commercial space sector on developing several non-legally-binding “norms of behavior” for operations in space, including best practices to avoid collisions and mitigate space debris.

The U.S. Space Force shares information on location of objects in space with more than 100 governmental, academic, and commercial partner organizations from 25 nations through formal data sharing agreements, and is steadily adding more parties to the list of users. NASA is pursuing Artemis Accords with international partners “to create a safe and transparent environment” in space, particularly as human space exploration and possible economic activities venture beyond Earth orbit.

Such multilateral cooperative efforts could help set a foundation for the adoption of additional transparency and confidence measures. They may offer realistic hope of reducing risks and protecting freedom of access to space for all nations.

John Lauder is an independent consultant and retired senior intelligence officer. He was chief of the Intelligence Community's Arms Control Intelligence Staff and Nonproliferation Center and a deputy director of the National Reconnaissance Office. Frank Klotz, a retired lieutenant general, is an adjunct senior fellow at the nonprofit, nonpartisan RAND Corporation. He was the first commander of the Air Force Global Strike Command and administrator of the National Nuclear Security Administration. William Courtney is an adjunct senior fellow at RAND and was U.S. ambassador to a U.S.-Soviet commission to implement the Threshold Test Ban Treaty, and deputy U.S. negotiator in the U.S.-Soviet Defense and Space talks.

This commentary originally appeared on The Hill on October 24, 2020. Commentary gives RAND researchers a platform to convey insights based on their professional expertise and often on their peer-reviewed research and analysis.