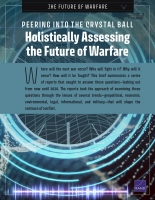 Peering into the Crystal Ball

Holistically Assessing the Future of Warfare 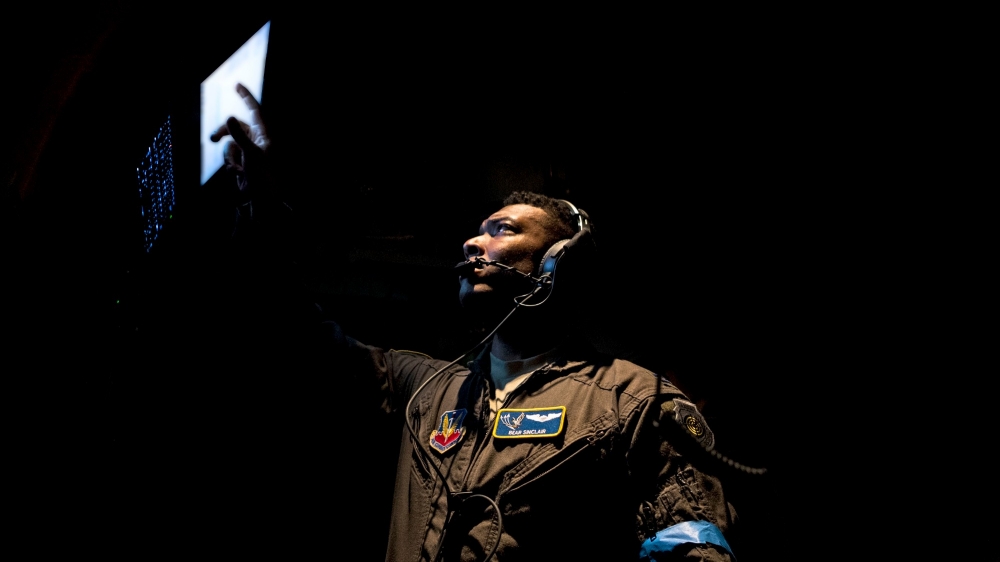 Capt. Garrett Sinclair, 347th Operations Support Squadron chief of weapons and tactics, analyzes a computer during exercise FT 19-04, April 18, 2019, at Moody Air Force Base, Ga. The five-day exercise will give base personnel an opportunity to experience contingency operations in a contested and degraded combat environment. During the exercise, personnel will be evaluated on how well they defend and recover the base from ground-opposition forces, as well as mortar and missile attacks, while in mission oriented protective posture gear. (This photo has been altered for security purposes by blurring out sensitive equipment.)

Where will the next war occur? Who will fight in it? Why will it occur? How will it be fought? This brief summarizes a series of reports that sought to answer these questions—looking out from now until 2030. The reports took the approach of examining these questions through the lenses of several trends—geopolitical, economic, environmental, legal, informational, and military—that will shape the contours of conflict.

Military history is littered with mistaken predictions about the future of warfare that have left forecasters militarily unprepared—sometimes disastrously so—for the conflicts ahead. The United States has suffered its own share of bad predictions.

"When it comes to predicting the nature and location of our next military engagements, since Vietnam, our record has been perfect. We have never gotten it right, from the Mayagüez to Grenada, Panama, Somalia, the Balkans, Haiti, Kuwait, Iraq, and more—we had no idea a year before any of those missions that we would be so engaged."

Why do predictions about the future of warfare usually fall flat? More often than not, poor predictions stem from failing to think holistically about the factors that drive changes in the environment and the implications of those factors for warfare. Such considerations go well beyond understanding the operational implications of technology and include geopolitical, environmental, and economic changes. Furthermore, such factors as international laws, public opinion, and media coverage can constrain how states use force and, thus, how wars are fought.

Although successfully predicting the future of warfare is notoriously difficult, the U.S. military, for better or worse, is deeply invested in the forecasting business. All the armed services want to understand what the future of conflict holds for them because, given how long it takes to develop capabilities, they must gamble today on what kinds of technology and people they will need to win tomorrow's wars.

This brief summarizes a comprehensive examination of the factors that shape conflict and how these variables interact with one another. It starts by identifying the key three dozen or so geopolitical; military; space, nuclear, and cyber; restraint; economic; and environmental trends that will shape the future of warfare from now until 2030. This brief then aggregates these trends to paint a holistic picture of the future of warfare—the potential U.S. allies and enemies, where conflicts will occur, what they might look like, how the United States will wage them, and when and why the United States might go to war in the first place. The brief concludes by describing the implications of this work for the U.S. Air Force (USAF) and the joint force.

In determining trends, RAND researchers reviewed scholarly work, analyzed different data sets and topics of interest, conducted extensive field research, and relied on professional judgment. All told, the RAND team interviewed more than 120 different government, military, academic, and policy experts from more than 50 different institutions in Belgium, China, Germany, Israel, Japan, Jordan, Poland, the United Arab Emirates, and the United Kingdom (UK) for their perspectives on regional and global trends that might shape the future of conflict between now and 2030. 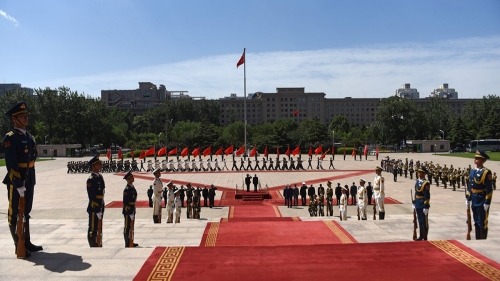 None of these problems appear likely to be resolved anytime soon and will likely shape the contours of conflict in the years to come. 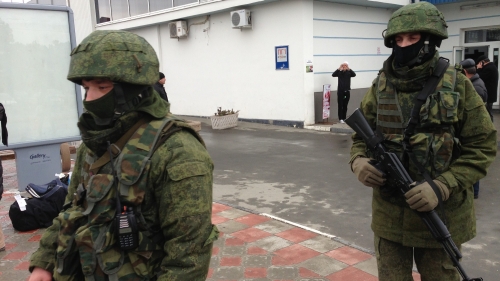 Taken together, these trends point to the fact that, as the 2018 National Defense Strategy argues, "competitive military advantage has been eroding" and, if unaddressed, will allow U.S. adversaries to exploit these weaknesses to their own advantages.

Being able to use space-based assets for intelligence, communication, and navigation has long been one of the cornerstones of the U.S. military's advantage, but future U.S. dominance in space could be subject to two countervailing trends. Nuclear trends present a cleaner, if less rosy, picture of the future. 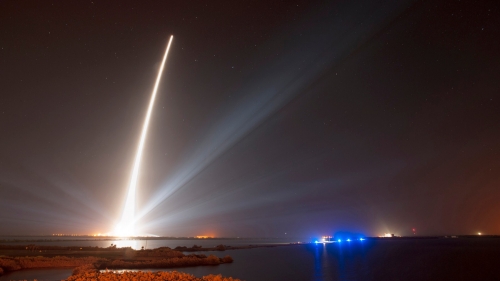 All military capabilities matter only to the extent that actors decide to use them. A host of factors—such as international law, public opinion, media coverage, technological capabilities, partner preferences, and operational imperatives—shape the amount of restraint that combatants exercise in conflict, and many of these factors will increasingly weigh on how the United States—and its mostly liberal democratic allies and partners—will fight wars in the future. 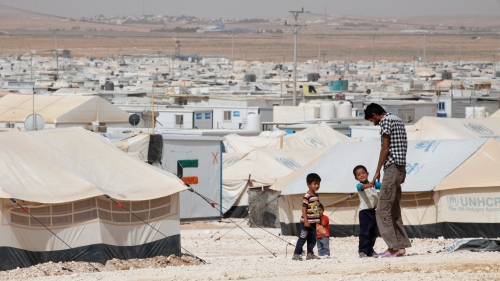 As a result of these influences, the United States might confront a widening "restraint gap" between how it and its allies and partners will use force in conflicts and how its adversaries will—particularly in wars waged on the lower ends of the conflict spectrum.

Among the global economic trends, the first three increase the chances of future conflict, whereas the last three will shape how wars are fought. Notably, these effects are small and signal the need to increase watchfulness rather than raise alarm. 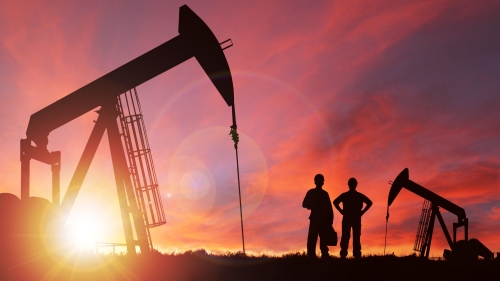 The future of warfare also will be shaped by several environmental trends. 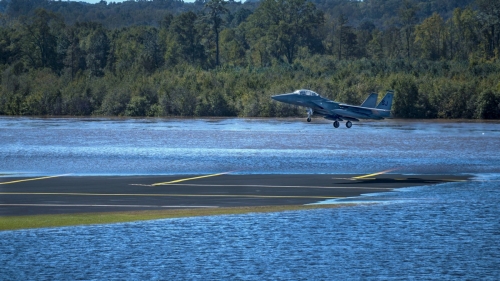 Predicting the Future of Warfare

From now through 2030, the locations where the United States is most likely to fight will not match where conflicts could be most dangerous to U.S. interests.

Based on the trend analysis described in the study, and assuming that the United States will try to maintain its position as the world's preeminent global military superpower, the United States will face a series of deepening strategic dilemmas when confronting warfare from now through 2030. U.S. adversaries—China, Russia, Iran, North Korea, and terrorist groups—likely will remain constant, but U.S. allies are liable to change as Europe becomes increasingly fragmented and inward-looking and as Asia reacts to the rise of China (see the "Allies in Flux" table). The locations where the United States is most likely to fight will not match where conflicts could be most dangerous to U.S. interests. The joint force will face at least four diverse types of conflict, each requiring a somewhat different suite of capabilities; at the same time, it will confront diminishing quantitative and qualitative military advantages (see the "Four Types of Conflict" and the "Declining Qualitative and Quantitative Advantage" tables). Above all, the United States of 2030 could progressively lose the capacity to dictate strategic outcomes and to shape when and why the wars of the future occur.

The United States will face the necessity of making a finite amount of resources go farther in a future with ever fewer strategic certainties.

The deepening strategic dilemmas that the United States will face include preparing for the low and high ends of the spectrum of conflict, planning for the wars that the United States most likely will fight and the ones it most hopes to avoid, and maintaining current U.S. allies and cultivating new ones. On top of all this is the necessity of making a finite amount of resources go farther in a future with ever fewer strategic certainties.

Ultimately, as the future of warfare places more demands on U.S. forces and pulls limited U.S. resources in opposite directions, the United States will face a grand strategic choice: Break with the past and become dramatically more selective about where, when, and why it commits forces, or maintain or even double down on its commitments, knowing full well that doing so will come with significantly greater cost—in treasure and, perhaps, in blood.

Implications for USAF and the Joint Force

Assuming that the United States opts to maintain or double down on its current commitments, the accompanying tables explore how the military might shape the force in a general sense in terms of capability, capacity, posture, strategy, and overall policy.