How to Build Better Militaries in Africa: Lessons from Niger 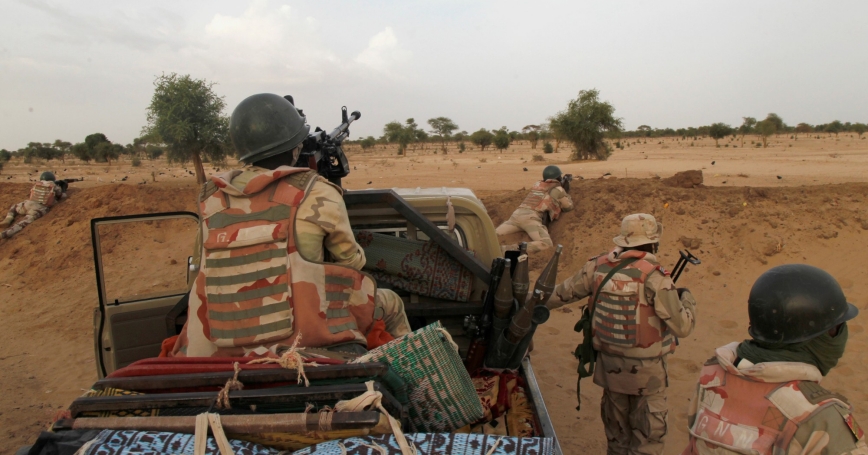 Niger soldiers guard with their weapons pointed towards the border with neighbouring Nigeria, near the town of Diffa, Niger, June 21, 2016

In August, jihadists in Niger killed six French aid workers and two Nigeriens just outside of the capital, Niamey. Terrorist attacks have increased by 250 percent over the last two years in Africa's Sahel region, according (PDF) to the State Department. To help counter the threat of terrorism and build the capacity of African militaries, the U.S. government spends over $1.5 billion a year on security assistance to the African continent. Does this support work?

Reliable security cooperation and assistance data are scarce. But the existing evidence suggests that the current U.S. focus on training and equipping African partners, without due attention to governance and institutional-level reforms, has been insufficient at best and counterproductive at worst.

Focusing solely on increasing the operational capabilities of security forces in Africa runs the risk of strengthening unaccountable, corrupt, and predatory security sectors, throwing away U.S. taxpayer dollars on equipment that will not be sustained, and undermining U.S. governance and human rights priorities.

The deficiencies of the traditional train and equip approach in Africa are well documented, including anecdotes of U.S.-supplied equipment rusting on runways due to neglect, investments swallowed by corruption, and U.S.-supported militaries being used for government repression or launching coups.

The study found, however, that a more holistic focus on governance and institution building showed more promise. Such assistance can be a more effective way to achieve both U.S. and partner country objectives, leading to “durable improvements” in the security environment.

Our research (PDF) in Niger—where we served as subject matter experts for U.S. defense-institution building initiatives—supports this finding. Niger is a key partner of the U.S. in West Africa. The United States provides a range of assistance to Niger, but the country stands out because strategic-level reforms have been taken seriously by both the United States and the partner country.

[Niger] has made strides over the past five years toward building better defense institutions and improving its defense management practices.

Niger continues to suffer from corruption, serious allegations of abuse, and often tumultuous civil-military relations. Yet our research found that the country has made strides over the past five years toward building better defense institutions and improving its defense management practices. Niger's political leadership—at the highest levels—appears to be genuinely interested in reforms aimed at improving the professionalism and performance of their defense and internal security forces.

Our experience in Niger points to four main lessons for how to build better military institutions in low-capacity countries facing a host of threats in Africa (and beyond).

Institution building and reform processes are long-term endeavors where progress should be measured in decades, not years. Even where clear progress is made, defense institution building is surely no panacea for fledgling democracies struggling with recent coup legacies and allegations of abuse.

This commentary originally appeared on Council on Foreign Relations on October 1, 2020. Commentary gives RAND researchers a platform to convey insights based on their professional expertise and often on their peer-reviewed research and analysis.