The Downside of a Lean Electric Grid 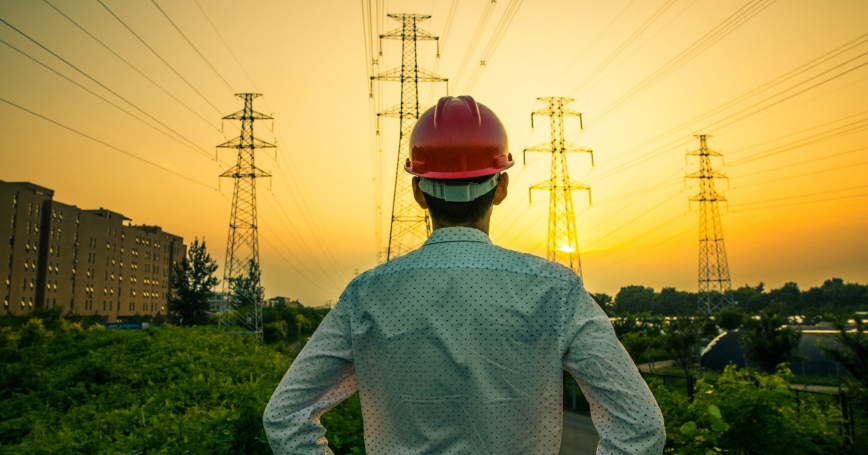 The electric grid is central to U.S. national security. It is also an extremely complex and expensive system that costs around $750 per customer annually.

Public and private utility companies have tried to reduce some of these costs by becoming more “lean.” That is to say companies have eliminated redundancies in their infrastructure, minimized staff overhead, and streamlined their supply chains—and grid managers have tried to compensate with risk management strategies. That has kept average inflation-adjusted retail electricity prices for power remarkably steady in the United States.

However, recent disasters—wildfires, hurricanes, the COVID-19 pandemic—provide an object lesson of the downsides of leanness. System failures, maintenance challenges, staff shortages, and unraveling supply chains have resulted in a grid stretched to the breaking point.

Supply chains, in particular, could benefit from a strategic rethinking after the trade- and pandemic-related disruptions of 2020. The grid relies on just-in-time delivery of specialized and large-scale equipment that comes via global supply chains. Although that approach saves money compared to being manufactured in the United States, it has other vulnerabilities. Some experts, for instance, worry that Chinese manufacturers could insert malicious software in this equipment.

The COVID-19 pandemic reveals another threat: manufacturing and supply chain disruptions. After a large hurricane or a major wildfire, utilities could be unable to replace their equipment for several months.

Staffing is another issue where increases in efficiency can create reliability concerns. Just as the grid relies on specialized equipment, it also relies on specialized staff, such as control room operators who are responsible for reacting in real time to balance load and managing other elements of the grid. Training these operators is costly and can take years. Because of their skill, they command a high salary, creating incentives to minimize staffing. The pandemic places strain on such minimal staffing arrangements, too. Usually during a disaster, utilities put workers in close quarters and move them long distances if needed—neither of which is easy nor advisable now.

The very structure of the grid itself is lean. To keep costs down, there are few redundant power lines for critical nodes. Power lines also aren't buried in areas where they might pose a risk (like sparking wildfires). As a result, failures are more likely to create cascading outages or other problems. Similarly, buffer generation to meet peak demand may not be high enough in some cases, which can lead to the rolling blackouts like the ones California experienced this summer.

The cost-efficiency incentives embedded in the design of the U.S. electric market are on a crash course with a new world that is becoming more dangerous and unpredictable.

This year's combination of pandemic and disasters is certainly unique, but it is no fluke. Climate change and environmental changes are exacerbating natural hazards like storms and fires. Global population growth and travel create more opportunities for a new pandemic. Security concerns—such as those between China and the United States—can compromise supply chains. The cost-efficiency incentives embedded in the design of the U.S. electric market are on a crash course with a new world that is becoming more dangerous and unpredictable.

The electrical grid isn't the only area where COVID-19 has prompted a reexamination of the balance between efficiency and resilience. Other industries, health care in particular, are discussing this same concern, and there are ideas and discussions there for utility companies to draw on.

A fatter grid will likely be more costly. It is more costly to be less lean. Given our absolute dependence on the electric grid and the increasing prevalence of disasters, however, safety and resilience may be greater priorities than running lean.

Ismael Arciniegas Rueda is a senior economist at the nonprofit, nonpartisan RAND Corporation. He was formerly an executive at several energy companies such as AES, PSEG and Constellation. His research focuses on energy markets and the electric grid. Aaron Clark-Ginsberg is an associate social scientist at RAND. His research focuses on disaster risk management, including issues related to disaster risk reduction, response and recovery.

This commentary originally appeared on The Hill on October 12, 2020. Commentary gives RAND researchers a platform to convey insights based on their professional expertise and often on their peer-reviewed research and analysis.