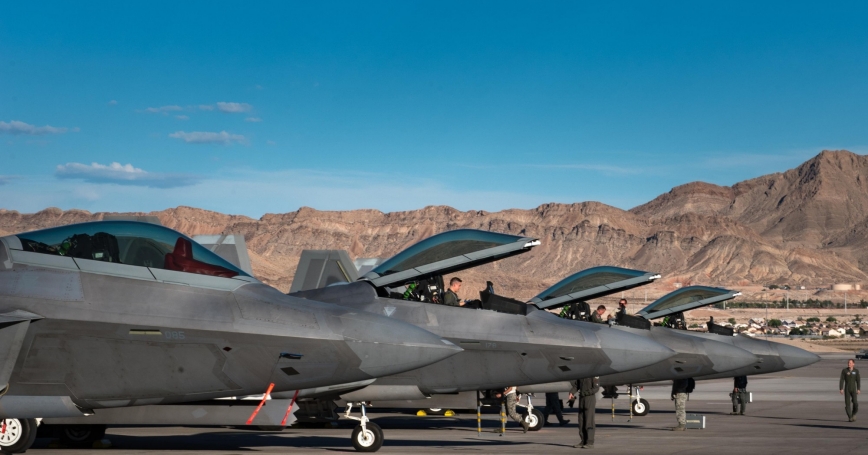 Priorities in defense acquisition change over the years. In the 1990s, management efficiency and adapting best practices from the business world were a priority. In the 2010s, reining in costs was the focus of efforts like “Better Buying Power.” Driven by the goal of regaining competitive advantage against adversaries, the Pentagon has in recent years turned its attention to the need for speed in weapons system development and acquisition. While shortening the timeline for program development and fielding is important for Defense Department (DoD) acquisition leaders, overly prioritizing speed can lead to issues with program management, sustainment, and other areas.

The current focus on speed can be seen across the defense acquisition enterprise. New middle tier acquisition authorities have been enacted to encourage rapid prototyping and fielding of some programs. Defense innovation organizations like the Defense Innovation Unit (DIU) and the Air Force innovation unit, AFWERX, were established to leverage the commercial technology sector and its practices and to facilitate fast contracting, prototyping, and fielding. DIU argues that slow government processes drive away commercial technology firms. It touts its ability to get firms on contract (PDF) in 127 days after solicitation on average. AFWERX supports pitch day events, where aspiring firms can ink contracts with the Air Force on the spot.

The emphasis on speed is not confined to the low-risk initiatives; the services are also emphasizing speed in their centerpiece programs. The Air Force is investing heavily in an acquisition strategy that leverages digital engineering and agile development methods for all of its programs—including marquee systems like the Ground Based Strategic Deterrent—to increase acquisition speed. The Army is trying to completely modernize its venerable artillery branch with a new portfolio of short, medium, and strategic range systems. These programs were first announced in 2016 and are expected to be fielded by 2023. Whether or not these plans come to fruition, the imperative for speed is sweeping all levels of defense acquisition.

This focus on increasing the speed of developing and fielding systems is needed to some degree. Programs that are behind schedule often exhibit other troubling program management and technology development problems. Slow cycle times can also yield platforms that are outdated when they are finally fielded. This was the case with the F-22, which is “based off 1980s requirements, built with 1990s technology, and designed to counter dated threats with dated techniques.” Speed was essential to rapidly fielding needed equipment like MRAPs (PDF) during the wars in Iraq and Afghanistan, where the enemy was exploiting capability gaps and killing hundreds of U.S. troops every year. Some measure of speed in developing and fielding military equipment is clearly necessary.

But an overwhelming obsession on speed can lead to unintended consequences. A single-minded emphasis on speed might yield systems that are evolutionary dead ends. For instance, the United States spent considerable resources developing IED jammers, which were effective in Iraq and Afghanistan. However, they have little utility for general electronic warfare needs that are now becoming increasingly important.

Focusing too much on acquisition speed can neglect important lifecycle sustainment issues that can eventually create outsized operations and maintenance burdens.

Focusing too much on acquisition speed can also neglect important lifecycle sustainment issues that can eventually create outsized operations and maintenance burdens. This was the case with the MRAP; although DoD leaders made a deliberate choice to give scant attention to sustainment issues to speed up fielding, maintaining the vehicles required sometimes Herculean efforts. The same may be true in other programs that aim for speedy fielding.

Prioritizing program schedule almost by definition comes with consequences for the other two parts of the acquisition triad: cost and performance. When shortcomings in these areas occur repeatedly, DoD and Congressional overseers can lose confidence in a program. This can have lasting negative effects on the acquisition enterprise. Instead of speed alone though, the defense acquisition community could be focusing on speed as it pertains to continuously improving fielded capabilities through learning and refinement. For example, users might use systems differently than how they were originally envisioned. Everyday use of a system reveals quirks or flaws that even the most robust testing regime can miss. Acknowledging this dynamic by intentionally planning to refine and improve systems after fielding can be tremendously impactful.

The approach the United States took to combat remotely-detonated IEDs in Iraq and Afghanistan demonstrates the value of fast iteration. There, the United States developed jammers through an incredibly fast-learning organization that brought together technologists, intelligence specialists, and troops in the field. Technologists would develop a jammer. Troops would use it during operations and see how well it worked. Intelligence specialists would analyze how insurgents responded to the jammer. These findings were communicated back to the technologists, who would develop a new solution. Over five years, they worked through several generations of IED jammers to find approaches that ultimately proved effective. It was a remarkable technical achievement that was accomplished not just through pure acquisition speed, but by a focus on fast iteration.

There are encouraging signs that the sorts of learning and iterating that the DoD exhibited in developing IED jammers are starting to occur in the current acquisition programs. The Army's long-range fires programs are planning to field prototypes that will be left behind with operational units. If the Army also invests in the institutional infrastructure to leverage lessons learned from their performance in the field, it may yield new insights for continued development. In the case of the Air Force's Advanced Battle Management System, the entire acquisition strategy is centered around frequent demonstrations of prototypes for geographic combatant commands; each demonstration is studied and lessons are gleaned for the next iteration. DARPA's Mosaic program decomposes capabilities into smaller pieces that can be rapidly combined and recombined as needed; DARPA envisions this as an enabler of continuous learning. These approaches hold much promise.

However, significant work remains. The practice of collecting and leveraging feedback from system users during development is not common in defense acquisition. The budgeting process is not responsive enough to pivot away from losing efforts or to quickly double down on emerging winners. More broadly, DoD lacks the institutional habit of learning and repeatedly adjusting the widgets in question to get it right.

DoD's current emphasis on speed in acquisition is understandable but can be taken too far: overdosing on speed (so to speak) can shortchange sustainment concerns, incentivize short-sighted design, or create other problems that may eventually trigger scrutiny from Congressional overseers. These may have been acceptable risks during the operations in Iraq in Afghanistan, but Congress may be less amenable to these side effects to speedy acquisition today. Given today's fast-moving security environment, DoD should refocus its current mania for speed into a healthy obsession for continuous improvement.

Jonathan P. Wong is a policy researcher at the RAND Corporation and a professor at Pardee RAND Graduate School. His research focuses on the role of new technologies, processes, and concepts in shaping how militaries fight.

This commentary originally appeared on defense360.csis.org on December 16, 2020 as a part of the Defense360 Bad Ideas in National Security series.