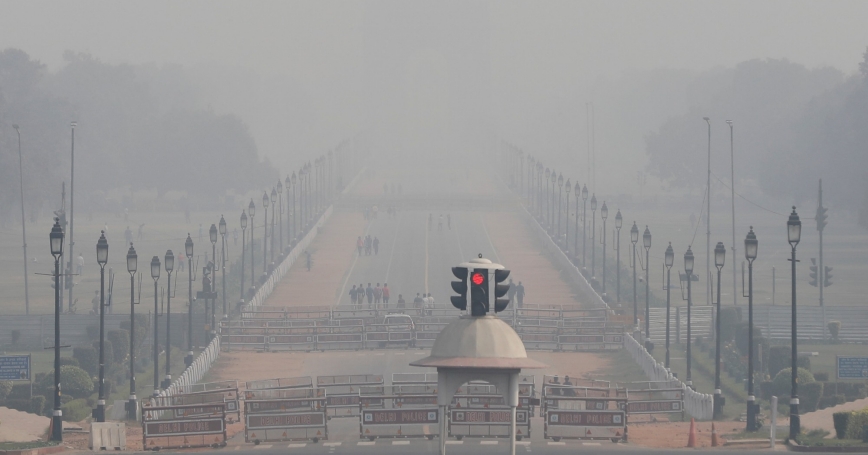 India and Brazil—two of the largest and fastest-growing economies in the world—also have the second- and third-highest number of COVID-19 cases. Both are facing pressure to launch recoveries after the economic devastation caused by the pandemic.

Will they backslide on their Paris climate agreement commitments, or will the expected return of the United States to the pact provide some needed encouragement to treat the pandemic crisis as an opportunity to build a more sustainable economic future?

The United States and other signatories would need to re-embrace a global leadership role on climate change and engage with leaders to reverse recent trends in India and Brazil. With the right support, however, both Brazil and India could leverage their displaced workers, many of whom work in the informal economy, to fuel a green recovery.

India and Brazil face tremendous climate change risks to food security, access to shelter, and the livelihoods of their most vulnerable communities. Both also have large informal labor markets: Around 80 percent of India's 500 million labor force and close to 40 percent of Brazil's 100 million–plus labor force are estimated to be employed in the informal sector—meaning their jobs have no contract and often provide low pay, unsafe working conditions, and no social safety net.

The pandemic has made such economically vulnerable people more so. But the path forward need not be seen as an either-or. The environmental imperative can be the cornerstone for COVID-19 economic recovery.

India's commitment to the Paris climate agreement includes a pledge to reduce carbon emissions by over a third by 2030 (from 2005 levels), as well as a commitment to 40 percent of power generation from renewable sources. India has made steady investments in renewable energy resources and created jobs in that sector, but the country also faces critical constraints and has not moved away from relying on coal as a major source of energy.

With the right support, both Brazil and India could leverage their displaced workers, many of whom work in the informal economy, to fuel a green recovery.

Similarly, Brazil pledged to halt illegal deforestation as well as embark on significant forest restoration by 2030. Enforcement and prevention of illegal deforestation declined in recent years, but Brazilian President Jair Bolsonaro is seen by some as likely to shift course under international pressure from the United States and other developed countries.

Drawing on previous work (PDF) that has examined this issue, we identified three ways India and Brazil might reskill a portion of their informal workforces to fuel a more environmentally sustainable economic future and fundamentally change the trajectory of global climate change.

A shift to a “greener” economy will require improvements, repair, and construction of infrastructure. This includes investments in wastewater management, sustainable agriculture, and retrofitting buildings with renewable energy sources. Vocational training institutions can prepare displaced workers to fill such jobs through short-term training courses that grant credentials that they can use to continue their training should they choose to remain in this field.

A large but declining share of the labor force of both India (over 40 percent) and Brazil (9 percent) are employed in the agricultural sector. In addition to incorporating innovations in pest management, water use, and other sustainable farming practices, training could be directed toward farmers and rural residents, including displaced migrant workers, for jobs in forest restoration, solar-powered energy installation, and other similar renewable-based initiatives in rural areas.

COVID-19 may obliterate previous income-generating business activities. India and Brazil can use this opportunity to develop policies that encourage small-enterprise growth, especially the creation of sustainable, eco-friendly businesses. Both countries could use help and expertise from developed countries on this front, such as financial incentives, access to low- or zero-interest loans, and technical support and training.

India and Brazil are at a critical juncture. Both have large economies, among the top 10 in the world, and sizable workforces devastated by the pandemic. Both also face enormously high stakes with extreme weather events attributed to climate change likely to worsen over time. Will they take this moment as an opportunity to integrate climate action into their post–COVID-19 economic recovery plans? Much will depend on the leadership role that the United States and other developed countries choose to play.