RCEP Forms the World's Largest Trading Bloc. What Does This Mean for Global Trade? 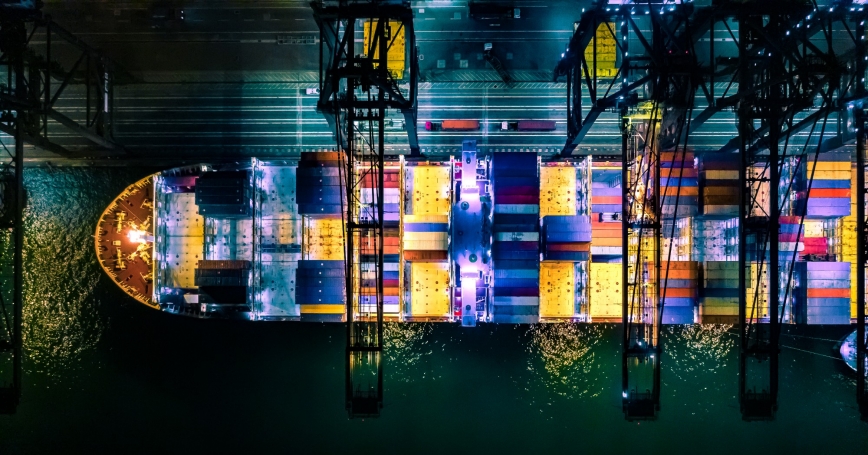 Last month, fifteen nations signed a free trade agreement of economic and political significance. The Regional Comprehensive Economic Partnership (RCEP) was eight years in the making and includes the 10 nations of the ASEAN, Australia, Japan, New Zealand, South Korea, and China. The formation of RCEP highlights the multilateral approach to trade rules in Asia and creates a bright contrast to the United States' current largely unilateral and bilateral approach to trade relationships.

Why have some heralded RCEP as a landmark agreement? For starters, any trade agreement more than eight years in the making that brings together leaders from 15 members over 28 rounds of formal negotiation could be considered monumental. The countries involved in the agreement accounted for nearly 30% of global GDP in 2019, topping NAFTA as the world's largest trade bloc (Figure 1). RCEP would also become the world's largest export supplier and second-largest import destination (Figure 2). The United States was a party to a broad Pacific Trade deal called the Trans-Pacific Partnership but withdrew, and the remaining 11 members stayed together to form the Comprehensive and Progressive Agreement for Trans-Pacific Partnership (CPTPP). RCEP effectively consolidates the “Asian market” in ways that previous agreements, including the CPTPP (the Trans-Pacific Partnership's successor), have not.

The reception of RCEP has not been entirely positive. Some argue that RCEP is a “shallow” agreement in terms of tariff cuts and lacks substance on 21st-century trade issues like consumer protection and labor standards. This view stems from the comparison of RCEP with CPTPP, which was touted as the “gold standard” in trade agreements. RCEPs tariff cuts are indeed relatively modest. RCEP will eliminate tariffs on 90% of goods, but existing trade agreements among member countries already cover roughly 80% of these goods. The agreement also has relatively patchy coverage on important issues like service trade and agricultural trade (although there is more coverage on agricultural goods than initially expected). Overall, the agreement is projected to increase GDP in member countries by 0.2% by 2030 (PDF), which is a little more than the projected income gains due to CPTPP. Still, not a substantial amount.

In the long term, the RCEP agreement has the potential to influence international competition and future trade rules.

While RCEP may not be a revolutionary trade agreement, it should not be regarded as a purely symbolic agreement either. The projected economic benefits of RCEP are more significant than those of CPTPP (PDF), and there are several components of RCEP that will influence the organization of supply chains in the short term. If RCEP is similar to other ASEAN agreements, the current provisions will likely improve over time. In the long term, the agreement has the potential to influence international competition and future trade rules.

While many RCEP members had existing trade agreements, the ways that RCEP “staples together” those agreements have significant economic implications. Specifically, RCEP creates standard rules of origin. Rules of origin are a standard part of any trade agreement. They are designed to ensure that traded goods that get benefits are mostly, or at least partly made in a member country, rather than being trans-shipped from a country that does not get trade agreement benefits. By harmonizing rules of origin from existing trade agreements among members, RCEP reduces regulatory barriers and allows for greater trade in intermediate inputs. The result is that the RCEP makes it much easier for Asian firms to send goods around 15 of Asia's economies, allowing for more regionally integrated supply chains.

RCEPs rules of origin are also relatively liberal. For many tariff lines, only 40% of the product's value needs to be added within the region, which is a relatively low barrier considering how many countries a producer can use to accumulate regional value. RCEP rules of origin create additional flexibility for a number of products by allowing firms to choose (PDF) if they want to use a value-added rule or a change in tariff classification rule. Harmonizing and liberalizing rules of origin reduces the fixed costs of engaging in trade, which induces market entry and should help small to medium sized firms with market access.

So, while RCEP's tariff cuts may not be as ambitious as other trade agreements, its less restrictive rules of origin mean preferential tariffs may have higher utilization. Additionally, RCEPs rules of origin may make it more difficult for non-members to enforce highly targeted trade measures, like anti-dumping tariffs. Anti-dumping tariffs are charged by an importing country on goods that it believes are being sold below cost. The harmonized and liberalized rules of origin may make trade re-routing an appealing response to anti-dumping measures, and China is a common target of anti-dumping investigations. Under RCEP, it may be easier for Chinese firms to shift production to other member countries and avoid detection. Flexible rules of origin also help guard ASEAN countries against the sudden imposition of trade restrictions, which has hit ASEAN particularly during the pandemic.

RCEP formalizes new trade relationships as well. For example, before RCEP, there were no existing trade agreements between Japan and South Korea or between Japan and China. These are critical economic relationships between three of the region's largest economies. In 2018, China was the largest trading partner of both Japan and South Korea, and they are China's third and fourth-largest partner, respectively. Even a shallow trade agreement between these countries should further solidify their relationships. These countries are also projected to gain the most from joining RCEP. By 2030, incomes in Japan and South Korea are projected to be 1% higher (PDF) than they would have been without RCEP, which is more than a rounding error.

RCEP mainly focuses on trade in goods, but the agreement also takes some surprising steps in other areas. For example, RCEP requirements on investment are stronger than expected. Invested firms are not required to export a specific percentage of goods or transfer technology to host nations as a condition for investment. These provisions go beyond ASEAN commitments in existing agreements. Additionally, while coverage for services in RCEP is spotty, some were surprised at the commitments members made to open up 65% of service sectors.

An Eye Toward the Future?

Still, the fact remains that RCEP failed to incorporate strong rules covering state-owned firms, labor rights, and environmental protection, and it only has modest coverage on services. Given the vast range in economic development among member countries, it's not surprising that RCEP is lacking in some of these areas. The agreement was never expected to be as rigorous as the CPTPP. However, there are signs that RCEP may evolve in the future. For example, while members could not reach an agreement on how to replace investor-state dispute settlements (ISDS), they did include a work program (PDF) that must be concluded with a solution within two years of ratification. Any change would require the consent of all RCEP members.

Perhaps more important is the creation of a Secretariat, which indicates that members see RCEP as a platform for discussing future trade and economic issues in Asia, rather than a static trade agreement. An RCEP Secretariat means officials and ministers will regularly engage in the RCEP agenda and suggests that member countries want a robust institutional framework to support Asian trade commitments in the future. RCEP could become a platform for members to engage with important 21st-century trade issues, like rules that pertain to 3D-printed goods, blockchain technology, or artificial intelligence.

What Does RCEP Mean for the United States?

RCEP is likely to further reduce U.S. influence in Asia, especially if the agreement functions as a platform for discussing future trade rules.

What does the RCEP mean for non-member countries? The United States was party to a broad Pacific Trade deal called the Trans-Pacific Partnership (TPP) but withdrew in 2017. The 11 remaining members of the TPP went on to form the CPTPP, which currently excludes the United States and China. When the United States withdrew from the TPP in 2017, it signaled its reluctance to participate in multilateral trade agreements in the Asia-Pacific region. RCEP is likely to further reduce U.S. influence in Asia, especially if the agreement functions as a platform for discussing future trade rules. Without a seat at the table, it is unclear if the United States will have a voice in how Asia sets its trade policy. Additionally, RCEP consolidates 5 of the top 15 import markets for the United States, making RCEP a larger supplier of U.S. imports than NAFTA. Although the region is often only thought of as an import supplier, RCEP would also become the second-largest destination market for U.S. exports (Figure 3).

Of course, RCEP comes at a time of heightened tensions between the United States and China. However, even in the case of a prolonged U.S.-China trade war, the potential impacts of RCEP are still positive (PDF). India withdrew from RCEP negotiations in 2019, citing concerns about the potential economic impacts of an influx of cheap Chinese imports, and India's absence magnifies China's influence within RCEP. Although officials are adamant that the RCEP has never been a China-led initiative, the agreement certainly extends China's influence in the region.

What happens next? While the RCEP has been signed, it will take time for the agreement to be fully ratified. Further, many tariff cuts in the agreement are phased in over 20 years, so the economic effects of the RCEP may take years to fully materialize. Regardless, the RCEP could be a significant step toward a more integrated Asian market.

Tobias Sytsma is an associate economist at the nonprofit, nonpartisan RAND Corporation whose research focuses on international economic issues and trade policy.