Why Taiwan Can Feel at Ease with Joe Biden as U.S. President 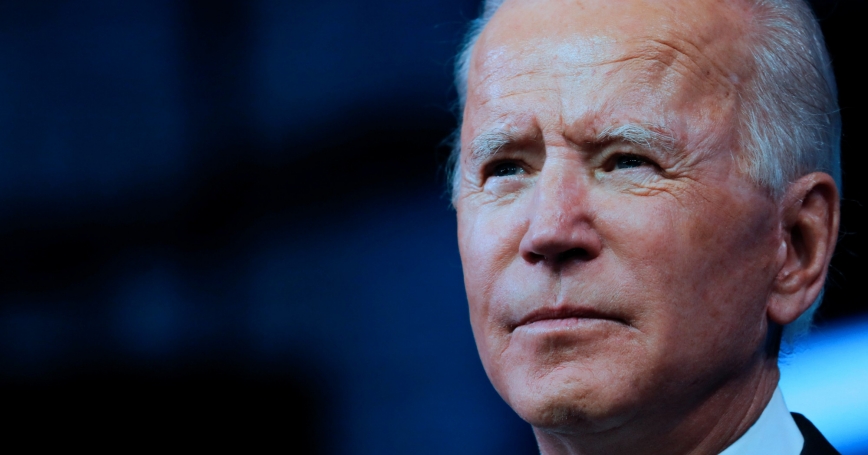 U.S. President-elect Joe Biden delivers a televised address to the nation at the Queen Theater in Wilmington, Delaware, December 14, 2020

It is an open secret that Taiwan is one of U.S. President Donald Trump's biggest fans. Under his administration, U.S.-Taiwan relations have strengthened in virtually every respect, and even in the always sensitive domain of security cooperation.

That is why his loss to Joe Biden in the presidential election is causing thinly veiled heartburn in Taipei. But concerns that the incoming Biden administration might rethink Taiwan policy in favor of better relations with China are probably misguided, judging from Biden's own pronouncements and the national security team he has assembled thus far.

Regarding Biden himself, it is important to remember that as a senator on the Foreign Relations Committee in 1979, he voted in favor of passing the Taiwan Relations Act, which, to this day, stands at the heart of U.S. security cooperation with the island.

Fast forward to this spring, when Biden penned an important op-ed titled “Why America Must Lead Again.” Although Taiwan went unmentioned, Biden argued that “the United States does need to get tough with China” by “build[ing] a united front of U.S. allies and partners to confront China's abusive behaviors”.

Indeed, as I and others have recently argued, the Biden administration is very likely to keep the substance of the Trump administration's Indo-Pacific strategy, which seeks to compete with and counter China by strengthening U.S. alliances and partnerships. As a close partner of the United States, this should be encouraging news for Taiwan.

Taiwanese concerns, however, stem in large part from Biden's likely push for some kind of reset with Beijing. He clearly believes that the ongoing tit-for-tat and hot rhetoric exchanged between the United States and China during the Trump administration is, at a minimum, counterproductive and perhaps dangerous to the stability of relations and world peace.

Biden raised a lot of eyebrows when, in late May, he downplayed the threat from China by saying: “China is going to eat our lunch? Come on, man…they're not bad folks, folks. But guess what: they're not competition for us.”

Biden has also said that, on day one of his presidency, he would have the United States rejoin the Paris climate agreement, suggesting a renewed area of cooperation with China. Other areas of U.S.-China cooperation could ensue, potentially undermining bilateral relations with Taiwan.

Moreover, Biden does not support any move towards Taiwan independence or any significant change to U.S. cross-strait policy. In August 2001, and in response to then Taiwanese president Chen Shui-bian pushing independence, Biden said that “we are not willing to go to war over your unilateral declaration of independence”.

A few months earlier, he wrote a piece in which he criticized then president George W. Bush's expression of military commitment to Taiwan. Biden argued that while a Chinese move to settle the Taiwan question through “other than peaceful means” would be “of grave concern to the United States,” it would not oblige Washington to come to the island's rescue.

These concerns about Biden are valid and should be closely observed in the first year of his presidency. On balance, however, Biden has been quite forward-leaning on the need to defend Taiwan from growing Chinese aggression.

For example, as far back as 2001, he said: “The United States has a vital interest in helping Taiwan sustain its vibrant democracy. I remain as committed today to preserving Taiwan's autonomy as I was 22 years ago when I cast my vote in favor of the Taiwan Relations Act, which obligates the United States to provide Taiwan 'with such defense articles and defense services…as may be necessary to enable Taiwan to maintain a sufficient self-defense capability.'

“I remain committed to the principle that Taiwan's future must be determined only by peaceful means, consistent with the wishes of the people of Taiwan.”

And his actions since then, for instance by enthusiastically supporting U.S. arms sales to Taiwan or tweeting congratulations to “President Tsai” upon her re-election (reflecting Taiwan's de facto sovereignty), have been consistent over time. If anything, his statements on China of late have become harsher, reflecting frustration with Beijing's increasingly malign behavior.

In February, for example, he referred to Chinese President Xi Jinping as “a thug” for putting Uighurs in concentration camps and for Beijing's stance on Hong Kong protests, and he emphasized that “we've gotta make it clear: they [China] must play by the rules. Period. Period. Period.”

Supporting the status quo ensures the security of the Taiwanese people.

There is also zero evidence to indicate that his support of the ambiguous status quo in the Taiwan Strait is somehow meant to undermine or reverse gains made under the Trump administration in U.S.-Taiwan relations. Indeed, supporting the status quo ensures the security of the Taiwanese people.

As I have previously argued, there is good reason to believe that the Trump administration actually put Taiwan in jeopardy by making it a part of the U.S.-China great power competition and at one point openly questioning the “one -China” policy.

Finally, Biden's announced national security team is also encouraging for Taiwan. Antony Blinken, who will be nominated as secretary of state, accepted a congratulatory phone call from Taiwan envoy Bi-khim Hsiao, in a nod to continuing the precedent set when president-elect Trump in December 2016 received Tsai's congratulatory call.

Although Tsai has not spoken to Biden directly, this is nevertheless a good sign. Blinken also tweeted support for closer U.S.-Taiwan economic relations.

Biden's pick for national security adviser, Jake Sullivan , has talked to Tsai at the Presidential Office, even if he believes the United States should manage Taiwan within the broader U.S.-China relationship (again, this does not mean Washington is selling out Taipei by any means).

And it is too early to know how Biden's selection for Secretary of Defense, Lloyd Austin, who is a retired Army general and commander of Central Command, might assess cross-strait affairs. He deserves time to bring his views to light.

Derek Grossman is a senior defense analyst at the non-profit, non-partisan RAND Corporation and an adjunct professor at the University of Southern California. He formerly served as the daily intelligence briefer to the assistant secretary of defense for Asian and Pacific security affairs at the Pentagon

This commentary originally appeared on South China Morning Post on December 15, 2020. Commentary gives RAND researchers a platform to convey insights based on their professional expertise and often on their peer-reviewed research and analysis.