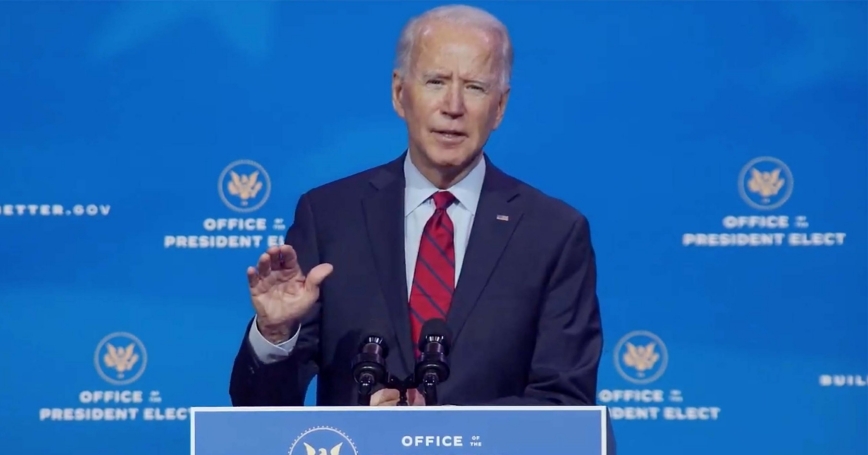 The election of Joe Biden as the next president may present the United States with a welcome opportunity to reset its relationship with sub-Saharan Africa. Two of the priorities of the Trump administration in the region had merit, namely a focus on competition with China and a reduced emphasis on counterterrorism. Yet the former never translated into a substantive strategy, and the latter has meant that continuing counterterrorism efforts—and yes they are still ongoing and, regrettably, necessary—have lurched on zombie-like without any particular strategic vision guiding them. Meanwhile, the available evidence suggests that sub-Saharan Africans see the United States as only interested in them as pawns in some great-power competition. Biden could change all of this, for the better.

The first and most important thing any American administration can do is see sub-Saharan Africa for what it is: a dynamic region hosting a large and growing portion of humanity. Africa's share of the global population currently stands at 17 percent, according to the United Nations (PDF), and that is projected to grow to about 25 percent by 2050 and 40 percent by 2100. Four sub-Saharan African countries are projected to be among the 10 most populous nations in 2100, among them Nigeria (700 million), Democratic Republic of Congo (362 million), Ethiopia (294 million) and Tanzania (286 million). America, in comparison, is projected to host 424 million people.

One can expect sub-Saharan Africans to play major roles in nearly every global development and trend, good and bad, from artistic and intellectual creativity and economic productivity to religious radicalism and terrorism. Whatever Africans do, moreover, one can count on their having an effect on the rest of the planet in a world that is certain to be more globalized, not less.

Seeing Africans as Africans and not pawns in some great game paradoxically could go a long way toward strengthening America's position in its competition with other powers.

Seeing Africans as Africans and not pawns in some great game paradoxically could go a long way toward strengthening the United States' position in its competition with other powers, especially if it translates into engagement with, and investment in, African economies and institutions in ways that are not limited to and transparently about countering Chinese moves.

First of all, it is impossible to compete with the Chinese (and Iranians, Russians, Turks, etc.) when one is not even on the field. Secondly, attempts to steer sub-Saharan Africans away from rivals through messaging about, say, the Chinese government's ulterior motives, may come off as hollow if Americans are acting no differently. It also may be true that the United States government has been overly focused on security matters and providing security assistance. The security assistance is not a bad thing, but there may be more productive ways of investing in other countries' institutions and societies.

Ongoing counterterrorism efforts will likely need to remain in place, and the spread of Islamist radicalism to Mozambique in East Africa, and the West African littoral suggests they may in fact have to grow. Now could be a perfect time, however, to review two decades of experience to refine counterterrorism efforts and also find ways to help partner nations address the economic, political, and social aspects of the conflicts.

Security-related efforts can, at best, create the space and time needed by partner governments and their allies to address the myriad local problems that tend to fuel insurgencies and terrorism by encouraging local actors to rally to the flag of jihad. Security assistance intended to make partner-nation security forces more effective may be necessary, but it rarely if ever is sufficient. No one at this point should have any illusions to the contrary. The focus therefore could shift to helping partner nations. As for security assistance, the poor performance of many partner nation security services might prompt a thorough rethinking.

Sub-Saharan Africa matters already and could matter much more in the foreseeable future; it could behoove U.S. policymakers to engage with the region to ensure that the United States will be positioned to take full advantage of whatever opportunities arise, and, when necessary, do whatever might be possible to avert unfavorable outcomes. Neither is possible if America remains aloof.

This commentary originally appeared on The Hill on December 9, 2020. Commentary gives RAND researchers a platform to convey insights based on their professional expertise and often on their peer-reviewed research and analysis.