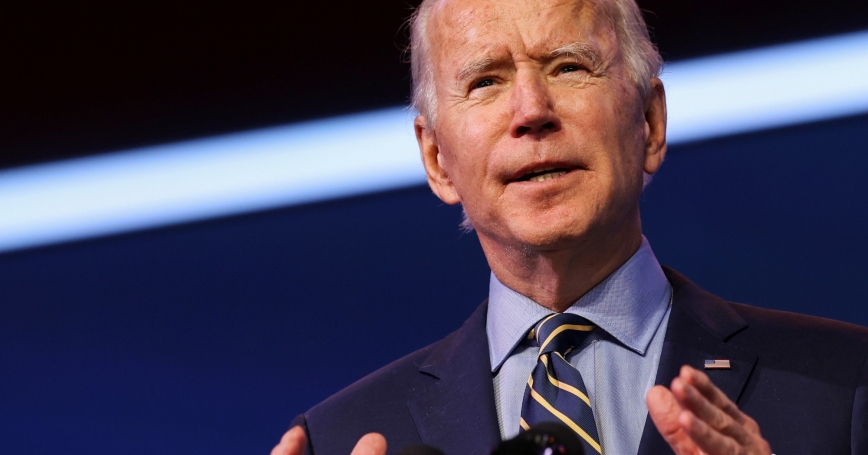 A popular refrain from the incoming Biden administration is that U.S. alliances and partnerships in the Indo-Pacific have been atrophying under the past four years of Trump administration mismanagement.

Antony Blinken, nominated to become Secretary of State, said last July, “We need to rally our allies and partners instead of alienating them” to deal with China. President-elect Joe Biden lamented that President Donald Trump has “belittled, undermined, and in some cases abandoned U.S. allies and partners.”

To be sure, Trump's withdrawal from the Trans-Pacific Partnership and his trade war threats have done little to ingratiate Washington in the region. His questioning of whether Japan and South Korea are paying enough to make the alliances worthwhile is worrisome. There are certainly other examples that can be raised.

On the whole, however, the Biden administration might be surprised to discover that U.S. alliances and partnerships are in good shape—the result of a growing Indo-Pacific consensus on the existential economic and security threat China poses. These regional jitters frequently benefit Washington, and in many cases, it is becoming the partner of choice, suggesting the Biden administration will not have to work too hard to repair U.S. alliances and partnerships.

U.S. alliances and partnerships are in good shape—the result of a growing Indo-Pacific consensus on the existential economic and security threat China poses.

Of the five formal U.S. treaty allies—Australia, Japan, the Philippines, South Korea, and Thailand—four should be considered relatively healthy and bolstered by the China threat. Australia's relationship with China has taken a nosedive following Canberra's support of Hong Kong, brash Chinese influence operations in Australia, trade frictions and Beijing's release of a doctored image of an Australian soldier threatening to kill a baby in Afghanistan. In July, Australia's defense ministry released a defense strategic update and force structure plan aimed at countering China.

The U.S.-Japan alliance is arguably the strongest in history. Tokyo routinely supports U.S. objectives to keep the Indo-Pacific free and open and participates in joint exercises in disputed waters. Japan has been staring down China at the Senkaku Islands, which are administered by Japan but claimed by China as the Diaoyu, in the East China Sea for years. And Japan’s new Prime Minister, Yoshihide Suga, plans to continue prioritizing and enhancing the alliance. He plans to visit Washington to meet with Biden this February.

Despite its anti-American and pro-China President Rodrigo Duterte, the Philippines recently demonstrated its intent to stick by Washington. In November, Duterte allowed U.S. troops to continue to freely enter and move around the country, contradicting earlier moves to end the U.S.-Philippines Visiting Forces Agreement. When announcing the decision, Philippine Foreign Secretary Teddy Locsin argued for “clarity and strength” in the face of China's destabilizing actions in the South China Sea. Even Duterte, in a speech to the United Nations last September, rejected China's attempts to undermine a 2016 ruling upholding Manila's territory in the South China Sea.

South Korea under President Moon Jae-in has been an enthusiastic supporter of Trump's summit diplomacy with North Korea, and thus has overlooked strains in the alliance related to burden-sharing. Moon might like to include China in these engagements, but he probably remains wary of Beijing's intentions following economic retaliation for Seoul's deployment of the THAAD antimissile system.

Thailand is the only U.S. ally slipping into China's orbit, mostly due to a lack of shared objectives or major disputes with China.

Apart from U.S. alliances, there are successes among partners, too. Most notably, the United States and India initiated the two-plus-two ministerial dialogue that led to multiple security agreements. Taiwan is another very bright spot following several pro-Taiwan bills passed by Congress, high-level U.S. official visits, and the routinization of robust arms sales packages. The United States has also done exceptionally well with Vietnam. Trump traveled to Vietnam twice—once for the second North Korea summit—and Hanoi is pleased that the United States is pushing back against China's maritime aggression as well as its damming projects along the upper Mekong River.

The United States is also diplomatically competitive elsewhere. For example, Indonesia participates in China's Belt and Road Initiative projects, but worries about Chinese designs on the Natuna Sea. The Maldives recently welcomed the opening of a U.S. embassy, and while Secretary of State Mike Pompeo visited Sri Lanka, Colombo affirmed the importance of “maintaining the freedom of navigation in our seas and airspace”—a direct nod to the U.S. Indo-Pacific strategy. Other important partners, such as Singapore and Malaysia, are friendly with the United States even as they maintain deep ties to China.

Finally, in Oceania, the United States shored up its special relationships with the Freely Associated States—the Marshall Islands, Micronesia, and Palau—which provide the U.S. military with exclusive access critical to enabling the military to conduct future operations against China. In a historic first, Trump invited all three FAS leaders to the White House, and the Secretaries of State and Defense visited Micronesia and Palau respectively for the first time. In September, Palau offered to host U.S. air forces, while New Zealand has become increasingly alarmed at China's behavior as well, both in Australia and in the Pacific islands.

Multilaterally, the United States has at times struggled. The Trump administration did not send sufficiently senior representation to key events such as the ASEAN Regional Forum and the East Asia Summit—decisions that angered Southeast Asian leaders. However, Washington can claim some success as well. Significantly, in October, participants of the Quad—Australia, Japan, India, and the United States—met for the first-ever stand-alone ministerial meeting in Tokyo to underscore their collective resolve to deal with Indo-Pacific challenges together.

Certainly there is much work ahead as the United States embarks on the next chapter of competition against China throughout the Indo-Pacific. But the good news is that the incoming Biden administration is likely to inherit alliances and partnerships that are in much better shape than conventional wisdom would suggest.

This commentary originally appeared on Nikkei Asia on January 10, 2021. Commentary gives RAND researchers a platform to convey insights based on their professional expertise and often on their peer-reviewed research and analysis.