Local Communities Need a Voice in How to 'Build Back Better' 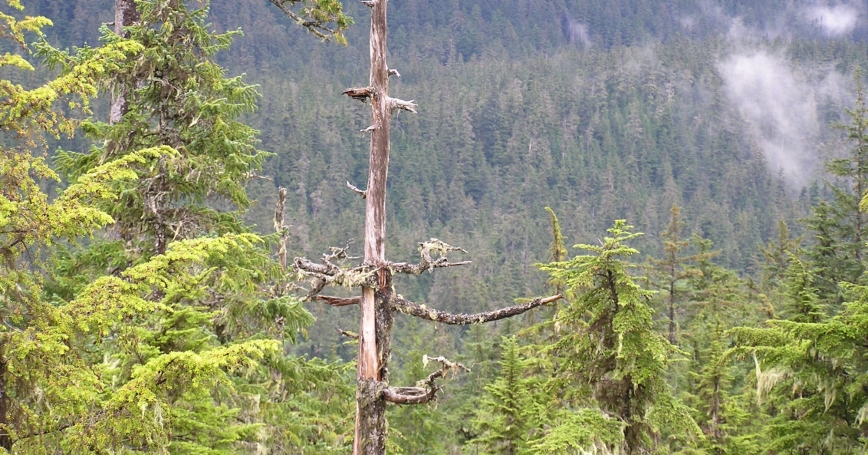 by Max Izenberg and Aaron Clark-Ginsberg

Long before it was popularized and made its way into political slogans and economic recovery battle cries, the phrase “building back better” was a central tenet of disaster recovery and community resilience. In these circles, the concept refers to more than how to create lasting infrastructure. Instead, it means substantially improving individual and community well-being.

Viewed through this lens, “building back better” requires understanding a community's needs, ambitions, goals, vulnerability, and capacity. It means local voices must be front and center as plans and decisions are made. But that's not always the case, as the recent decision to remove Roadless Rule protections from the Tongass National Forest illustrated.

The 2001 Roadless Rule prohibited road construction and timber harvesting across National Forest System lands, including about half of the 16.7 million–acre Tongass National Forest. On October 28, the Trump administration fully revoked the Roadless Rule protecting the Tongass Forest in order to address what it called “limited economic opportunities” of the region. To do so, it proposed “maximal additional timber harvest” by opening up the forest to old growth harvesting, starting with allowing the building of lumber roads.

The Forest Service conducted hearings and question and answer sessions in an unprecedented number of communities during the process—and heard Southeastern Alaskans voice considerable opposition to making such a change. Of more than 411,000 comments on the proposal, 96% were against (PDF) the rollback. In a public hearing, one local leader said the Roadless Rule is “a major piece for why we live here…[it's] what drives our way of life, what drives our economy.” Indigenous leaders like Adrien Nichol Lee (PDF), President of the political organization Alaskan Native Sisterhood, Camp 12, had similar concerns. “Corporate logging cannot come before we the people,” she said. “We also know the Tongass is important to help stop climate change for everyone around the world.”

To these people, the costs of opening up the Tongass appear to outweigh benefits. Logging has the potential to improve the local economy, but those financial gains are temporary and vary forest to forest. Meanwhile, the old growth areas of the Tongass represent much more than a logging resource. The forests are critical for food security, providing fishing and hunting resources like wild Alaska salmon, berries, and Sitka black-tailed deer. They protect against landslides by stabilizing soils. They support industries that are the economic backbone for the region, commercial fishing and tourism.

The Tongass is also a valuable cultural resource, particularly for indigenous Alaska Native tribes who have lived on the lands for thousands of years, and have traditions tied deeply to the forest. These communities, in particular, report feeling ignored. Marina Anderson, administrator of the Organized Village of Kasaan, described community outreach processes as “a form of box-checking, a form of the government saying that they had consulted with us properly and they met with the Indigenous people properly.” Likewise, Joel Jackson, president of the Organized Village of Kake, stated “They just completely ignored our input and input [of] the other five tribes.”

How should community voices be incorporated into “building back better” processes such as determining if and where future roads and development should happen?

There is a large body of research on participatory decisionmaking that can provide a framework for community engagement. The research makes it clear that it is not enough to survey communities on their needs and preferences. Instead, agencies need to actively and honestly work to incorporate those needs into plans. Success might be, in part, measured by the extent to which community members believe that their concerns and needs were taken into consideration in decisions on building back better. Otherwise, it could be perceived by many of those affected as just a “check-the-box” exercise.

Max Izenberg is an assistant policy researcher at the nonprofit, nonpartisan RAND Corporation and a Ph.D. candidate in public policy analysis at the Pardee RAND Graduate School. He is currently supporting research on landslide risk management in Sitka, Alaska, and the impacts of COVID-19 on Southeast Alaska communities. Aaron Clark-Ginsberg is an associate social scientist at RAND. His research focuses on disaster risk management. Both are currently conducting research on how communities in Sitka are responding to the health impacts of climate change.