Unemployment Insurance and the Failure to Reform 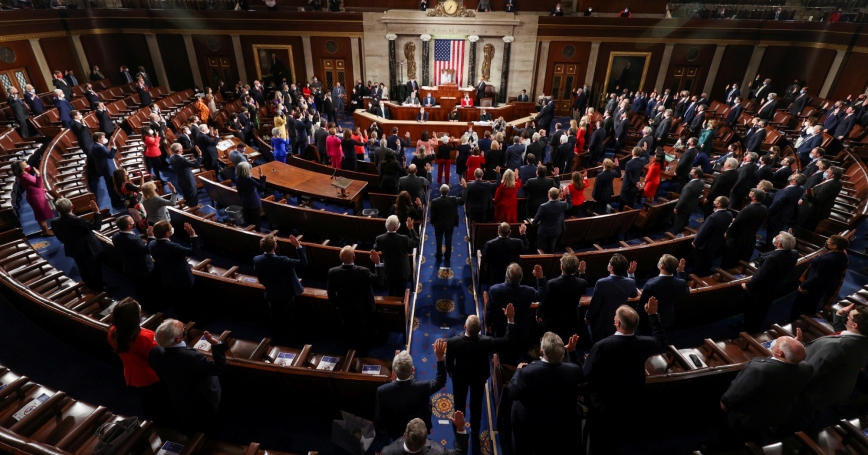 New members of Congress are sworn in during the first session of the 117th Congress at the U.S. Capitol in Washington, DC, January 3, 2021

Unemployment Insurance, despite being the primary U.S. policy tool for sustaining workers during periods of high unemployment, has a history of being repeatedly neglected. Federal reform has been stalled for nearly 50 years—about as long as problems in the program have been evident.

Unemployment Insurance was created in 1935 by the Social Security Act as a joint state-federal program. Critically, benefits were financed through an “experience rated” tax on firms: The more workers a firm sent into the program, the higher tax it paid on all remaining and future employees.

This financing scheme was, and is, the root of most of the program's problems. But that wasn't immediately obvious when it paid out its first benefits in 1938.

The tail end of the Depression was an incredibly fortuitous time to start an unemployment program, because the years leading up to and including World War II were characterized by record job creation, spiking wage growth, and little unemployment. States' unemployment trust funds swelled as they paid out virtually no benefits. As the next 20 years also saw strong economic growth, the program expanded to cover more workers, and as unemployment stayed low that too increased the trust funds.

The cracks really started to show in the 1973–1975 recession, the deepest and longest Unemployment Insurance had faced. Congress could see what was going wrong. The fixed duration of benefits meant that many workers would be cut off even as the recession dragged on and unemployment stayed high. As they had twice before, Congress stepped in to extend the benefit period. But there was a larger concern that UI's finances were weak and that it wasn't keeping up with changes in the economy. So Congress created the National Commission on Unemployment Compensation (the NCUC) in 1976 to design comprehensive reform.

The Commission's final report (PDF) came out in 1980. None of its recommended measures were adopted.

Each time the U.S. economy went into recession, Congress extended the UI benefits period. But without actual reform, it continued to decline.

The 1990–1991 recession produced a similar story arc: UI performed poorly, and Congress determined it needed reform and created the Advisory Commission on Unemployment Compensation. The ACUC released its final report (PDF) in 1996, echoing the issues raised in 1980 and updating similar recommendations. Again, none were adopted.

Instead, each time the U.S. economy went into recession, Congress extended the benefits period. But without actual reform, UI continued to decline.

The core problem remains the financing system. State legislatures set the tax rate on firms, those taxes collect into a trust fund, and benefits are paid from that fund. But because of the experience rating, an individual company has to pay higher taxes if it has to lay off workers.

This creates a terrible incentive for employers: If they prevent workers from receiving unemployment benefits, their taxes stay low. There is evidence that, indeed, this is what some try to do.

States don't like this tax scheme either. No state wants to have higher taxes on businesses than a neighboring state—especially when a company is scouting locations for a factory or warehouse or, like Amazon, a second headquarters (PDF). States can maintain a low tax rate only by keeping benefits low and limiting the number of recipients. This low-tax, low-benefit strategy was flagged by the Government Accountability Office —in 1993—as compromising the program's ability to help workers.

The Great Recession brought a related problem to the forefront: Trust funds can go broke. When that happens (which it has in 20 states in the past six months), the federal government loans states money to keep benefits flowing. Those loans have to be repaid once the recession ends—meaning states have to increase taxes on businesses just as the economy is starting to recover.

When the pandemic arrived, throwing tens of millions out of work, Unemployment Insurance reform was five decades overdue.

States were making loan payments for a decade or more in the wake of the Great Recession. Once the debt was paid off, some states, like North Carolina and Florida, reduced benefits and taxes to such a degree there was concern that they were, in effect, opting out of Unemployment Insurance altogether.

So in March 2020, when the COVID-19 pandemic arrived, throwing tens of millions out of work, Unemployment Insurance reform was five decades overdue. In every recession since 1973, Congress has had to prop up UI, mostly through extending the duration of benefits' availability. But Congress had to do that and much more with the CARES Act, and then had to vote to extend and supplement benefits again in December—an admission of how far out of step the program is with the 21st-century economy.