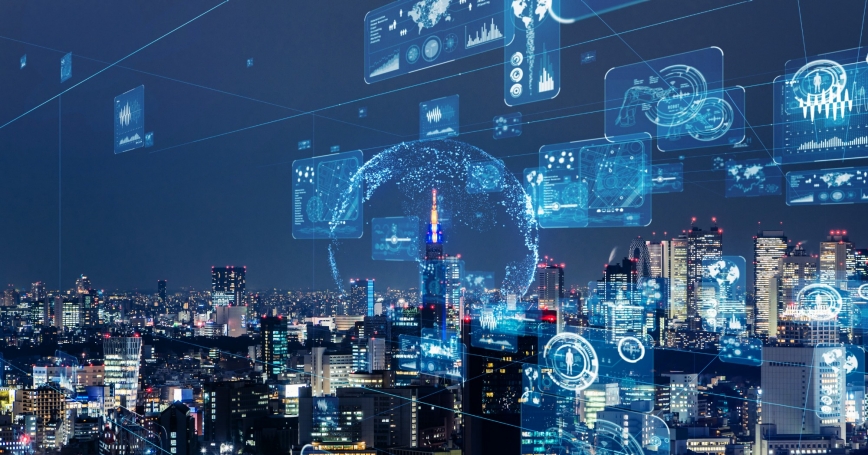 City officials are increasingly working to leverage advanced information and communication technologies to bring their smart city dreams to life. Investments are being targeted to achieve everything from enhancing local decisionmaking through big data analysis, to improving the efficiency of government services, to facilitating the inclusion of all residents in local governance.

While ranging in focus and funding levels, smart city initiatives are popping up in small communities like Caldwell, Idaho, and large metropolitan regions like New York City. However, these initiatives have run into significant challenges, resulting in frequent failures and false starts. Surprisingly, we have found that such challenges don't solely relate to the complexity of the technology itself, but rather the longstanding and persistent obstacles associated with navigating the incredibly complex social and organizational processes that underpin the smart city environment. In other words, to develop smart cities, what's needed is not more or better technology, but social change and improved organizing methods.

Some cities have developed frameworks to overcome these organizational challenges. But many continue to struggle, causing smart city initiatives to lose momentum, shut down, or significantly restructure. As a result, these cities have lost time, money and their residents' trust.

As part of a recent RAND study on smart cities initiatives, our research team spoke with city officials like chief digital officers, chief data officers, and directors of performance management from across the United States. In these interviews, city officials rarely pointed to technological challenges as being their biggest hurdle. Instead, they repeatedly described struggling to navigate tensions between the companies that develop and sell the technology, city residents who interact with it, and government officials that procure, deploy and manage the technology.

The city officials we spoke to often believed that technology companies were steering procurements towards expensive products and inequitable solutions that would likely not meet the needs of the local community. Additionally, when attempts were made to engage tech firms about data collection and data sharing policies, the firms were often reluctant to share critical data with municipal officials. Lastly, city officials stated that another point of contention came when negotiating agreements to sustain projects beyond the pilot phase, particularly on areas related to addressing responsibilities for maintaining business ownership of the project and for funding operations and maintenance.

Residents appear to have grown increasingly concerned with the lack of transparency and communication between city hall and residents.

Across cities, residents appear to have grown increasingly concerned with the lack of transparency and communication between city hall and residents regarding local smart city initiatives. City officials told us that residents were often frustrated when they found that their city deployed technologies that were at odds with their key values (e.g., privacy, equity), weren't addressing local needs, or weren't user friendly. Additionally, while some community groups might be enthusiastic about certain smart city initiatives, others have perceived initiatives like autonomous street cars as a threat to their livelihoods and socioeconomic well-being.

Within city hall, technology managers often find themselves isolated from the purchasing process, creating a harmful disconnect between users and buyers that stops the flow of information. Relatedly, roles designed to be cross-functional, like the chief innovation officer, often found themselves isolated with little decisionmaking power.

Ultimately, investing in infrastructure components and technologies isn't enough. There need to be dedicated efforts toward facilitating the integration of infrastructure into the complex stakeholder ecosystem that characterizes every U.S. community, regardless of size or budget. Making smart cities work will require reconciling and/or aligning the conflicting interests of disparate stakeholders and making deliberate trade-offs between stakeholder goals and objectives. Only by accomplishing this can communities across the United States truly unlock the potential of smart city initiatives.

This commentary originally appeared on Route Fifty on February 10, 2021. Commentary gives RAND researchers a platform to convey insights based on their professional expertise and often on their peer-reviewed research and analysis.