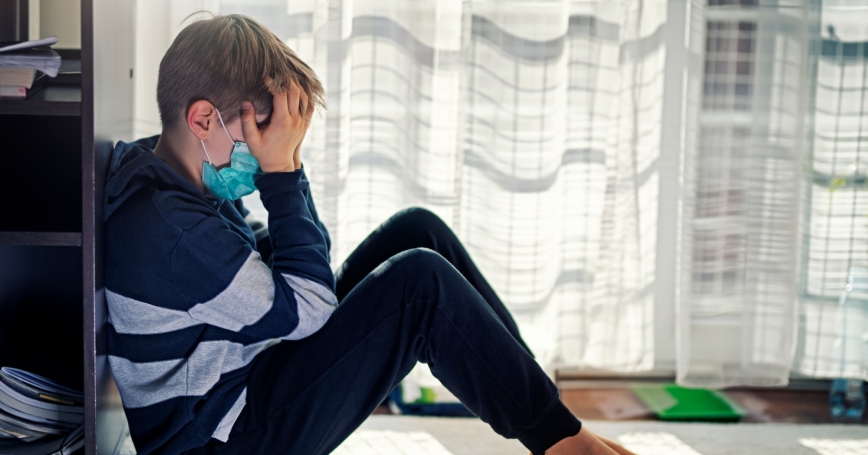 Mental health problems have been increasingly recognised as one of the most significant health concerns (PDF) for children and adolescents in developed countries. According to the World Health Organization, depression and anxiety disorders are two of the top five causes of overall illness for children and adolescents in Europe. In many cases, development of symptoms starts before a child's 14th birthday.

The impacts can be severe and long-lasting. Mental health issues, including depression, are one of the leading causes of suicide among adolescents. The risk for developing depression or anxiety disorders can also be greater for children from disadvantaged (PDF) or challenging backgrounds.

Despite the difficulties associated with depression and anxiety disorders for individuals, they can be treated. Early diagnosis and access to treatment are crucial in ensuring effectiveness. But not only are they treatable, they are also preventable. Accordingly, policymakers and practitioners alike are increasingly looking for evidence on interventions that might be effective in preventing the development of anxiety and/or depression in children.

However, a review of the available evidence by RAND Europe researchers from the European Platform for Investing in Children, shows that the quality of existing evaluations can make drawing conclusions about 'what works' difficult.

Available evaluations seem to vary greatly in their design, making it hard to draw comparisons between studies and build a convincing evidence base. The review also raised questions around the use of control groups and the occurrence of biases in evaluations, which will significantly impact study results.

There is still a lot that is unknown in terms of what could help prevent the development of depression and anxiety in children.

Because of these issues, there is still a lot that is unknown in terms of what could help prevent the development of depression and anxiety in children. For example, approaches that use some element of cognitive behavioural therapy (CBT) are common, but it is not known which approach might work better than another, or for what reasons. Neither is it clear if CBT approaches are more effective than non-CBT based approaches.

Another question that may need to be answered is at what age it is best to expose children to such interventions. There is some evidence that suggests the younger, the better. But other studies show no difference by age in the outcomes of a particular intervention.

Additionally, there are certain aspects which simply remain under-researched. Little knowledge exists as to what works regarding vulnerable children. This is of concern, given that they might be more likely to develop symptoms. Also, it is not yet known if it makes any difference whether initiatives are delivered at a distance (e.g. virtually or over the phone) or in person. There is also hardly any evidence regarding the difference in outcomes based on gender.

There are some areas however, where the evidence is more conclusive. For example, it shows that longer, ongoing interventions can be more effective than one-off projects in which children can participate. Furthermore, the evidence suggests that interventions aimed at a specific target group yield better results than initiatives that are aimed at children in general.

Given the importance of the topic, a stronger evidence base would be welcomed by all. Future research could aim to include long-term evaluations, be more rigorous in nature, and include more diverse samples of children. If these limitations are tackled, policymakers and practitioners will have a better understanding of 'what works,' and in what context.

Michaela Bruckmayer is an analyst at RAND Europe in the area of home affairs and social policy and conducts research for the European Platform for Investing in Children.