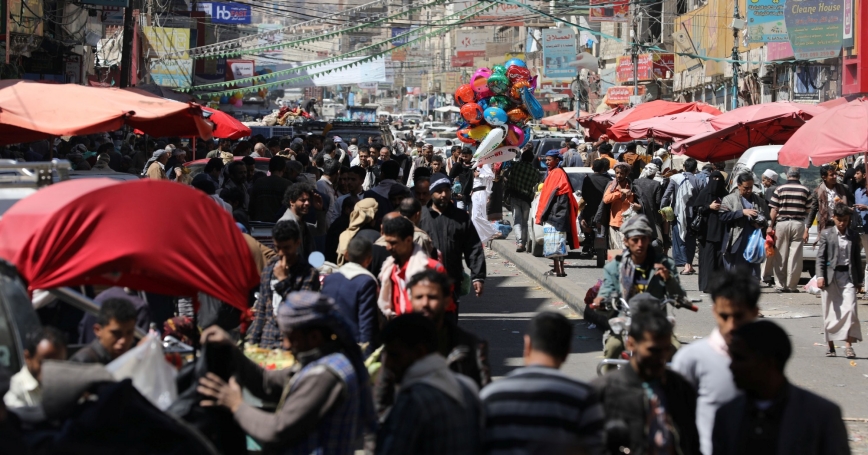 People walk at a street market in Sanaa, Yemen, February 5, 2021

Congress has been actively engaged (PDF) in U.S. policy toward Yemen since fall 2015, just months after Yemen's civil war began. This engagement has focused on ensuring that the United States helps minimize civilian casualties (PDF) caused by the Saudi-led coalition, protecting the flow of humanitarian assistance, and supporting a diplomatic end to the conflict.

The Biden administration has committed to a Yemen policy broadly aligned with these objectives. In his recent call with the United Nations Special Envoy, Secretary of State Antony Blinken emphasized that the United States supports a diplomatic resolution to the conflict that will ensure that Yemen is unified, stable, and free from foreign influence.

Our recently published RAND report provides insights that may be helpful for Congress as it considers options going forward. In our study, we concluded that an enduring peace required addressing Yemen's most immediate needs while working in parallel to develop Yemen's economic, political, and security institutions. In addition to a continued commitment to humanitarian assistance, this approach suggests that Congress could focus its efforts in three ways to help build an enduring peace in Yemen.

The United States supports a diplomatic resolution to the conflict that will ensure that Yemen is unified, stable, and free from foreign influence.

These three options for fostering needed institutional reform—which could do much to address the compounding humanitarian, economic, governance, and security challenges that shape the conflict today—could be implemented at the national level. Alternatively, given the difficulties facing national reconciliation, these programs could focus first on the southern parts of Yemen currently controlled by the internationally-recognized Republic of Yemen government. Under this phased approach, these reforms could provide a powerful incentive for Houthi participation in a national-level political process.

While the international community, led by the U.N. Special Envoy, remains critical to resolving the conflict and bringing an enduring peace to Yemen, U.S. leadership is essential and has been sorely missed over the last few years. The U.S. Congress has the tools to help shape this effort and could play an important role in ending the conflict and bringing stability to Yemen.

This commentary originally appeared on The Hill on March 26, 2021. Commentary gives RAND researchers a platform to convey insights based on their professional expertise and often on their peer-reviewed research and analysis.