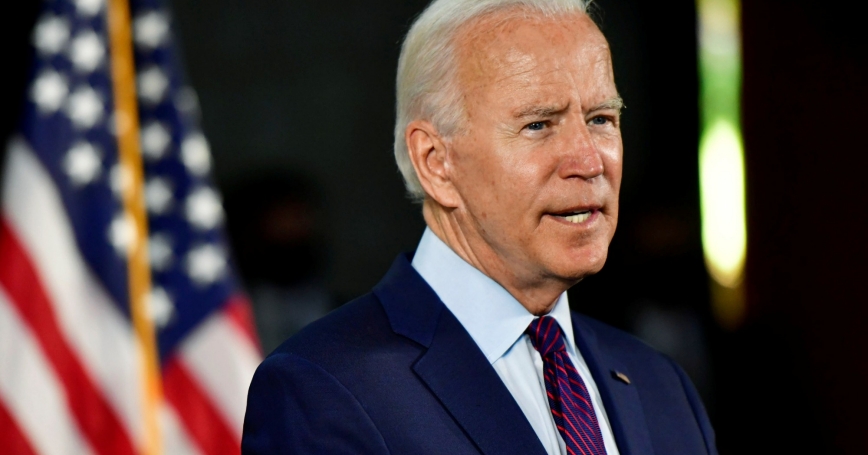 As a presidential candidate, Joe Biden promised to “rejoin the [Iran nuclear] agreement and use our renewed commitment to diplomacy to work with our allies to strengthen and extend it.” As president, Biden has taken the first steps to fulfilling this promise, but he may find that this pledge is not easy to keep. Not only do all of the original flaws of the agreement remain, but, more importantly, the agreement was predicated on a geopolitical context that no longer exists.

Formally known as the Joint Comprehensive Plan of Action (JCPOA), the deal avoided another unpopular Middle Eastern war by defusing a potentially explosive foreign policy issue—Iranian nuclear proliferation. Until President Trump's decision to withdraw from the agreement in 2018, the agreement remained relatively popular with the American public. The deal—a meticulously negotiated, multilateral diplomatic feat—also provided a neat foil to the Trump administration's “America first” foreign policy. While rejoining the JCPOA may make for good politics, it may not make for good policy.

The JCPOA was never a long-term, or comprehensive, fix to the Iran challenge. The deal aimed to restrict, rather than end, Iran's path to nuclear weapons for 10 to 15 years after it was enacted in 2016. Time, however, is no longer on the United States's side.

According to Secretary of State Antony Blinken, Iran could be just “weeks away” from having sufficient nuclear material for a bomb. The agreement also did not curtail the Iranian missile program, a potential delivery means for Iran's nuclear weapons, which continued to progress even after the Obama administration inked the deal. Above all, the deal excluded Iran's support for terrorism. Yet Iranian terrorism is precisely what has occupied the headlines of late—whether it be attacks on tankers in the Straits of Hormuz or its targeting of American and Israeli embassies around the world. Even beyond these issues, though, many of the underlying assumptions of the JCPOA no longer hold true.

Not only do all of the original flaws of the Iran nuclear deal remain, but the agreement was predicated on a geopolitical context that no longer exists.

First, Iran has changed. After the Trump administration quit the JCPOA and imposed its “maximum pressure” sanctions campaign, Iranian support for the deal plummeted from 85 percent in August 2015 to 42 percent in October 2019. The same surveys found widespread pessimism about the state of the Iranian economy. While these polls (like all opinion data gathered in authoritarian countries) need to be taken with a grain of salt, the trends suggest that Iranian support was predicated at least in part on economic benefits that never materialized. Unsurprisingly, Iran called on the United States to waive sanctions “unconditionally” as a prerequisite for negotiations, a demand the Biden administration rejected.

And yet, even if the Biden administration lifts sanctions, it still may be insufficient to produce the tangible economic results necessary to rebuild trust in the deal. The chance that a future American administration could reimpose sanctions might deter companies from investing in Iran and limit the short-term impact of any relief. Moreover, Iran based its economic plans on 8 percent annual growth. Instead, the COVID-19 pandemic caused Iran's Gross Domestic Product (GDP) to contract by 6.8 percent, and Iran's all-important oil sector shrank by over 38 percent. In this environment, it could be some time before Iran returns to prosperity.

Second, the Middle East has changed. The Abraham Accords brokered between Israel and multiple Sunni Arab states formalized a longstanding, if unstated, truism that the Israeli-Arab divide was no longer the region's primary cleavage. Instead, the primary rift is between Iran and everyone else.

This dynamic, in turn, could place any Iranian nuclear deal in a new regional context. While Israel and the Sunni Arab states have long viewed Iranian nuclear weapons as an existential threat and are skeptical of the JCPOA's ability to stop an Iranian bomb, none of them were party to the original agreement. These countries were left to express their concerns individually.

Today, there is an increasingly vocal, unified coalition of Gulf states and Israel opposing the JCPOA. Indeed, in a stunning warning shot to the new administration in a speech given only a few days after Biden's inauguration, the chief of staff of the Israel Defense Forces called an American return to the JCPOA “wrong” and stated that Israel was refreshing its military options.

Finally, the United States has changed. Stopping Iranian nuclear proliferation may never have been the foremost priority of any American administration, but today, it struggles to crack the top tier of policy concerns. The Biden administration faces a host of other more pressing problems, from getting the pandemic under control and repairing the COVID-battered economy to tackling domestic extremism. Even among its foreign policy concerns, preventing an Iranian nuclear bomb ranks below other concerns such as tackling climate change, curbing the rise of China and checking Russian revanchism.

Returning to the Iran nuclear deal may have to be weighed against other, more pressing American policy objectives.

The relative decline of the Iran issue on the American policy agenda could have potentially deleterious effects for the nuclear deal. First, while American interest in Iran may have waned, states that oppose the deal remain as focused on Iran as before, potentially making it more difficult for the United States to overcome such resistance.

Second and more importantly, returning to the Iran nuclear deal may have to be weighed against other, more pressing American policy objectives. Both China and Russia have backed Iran, and have pushed the United States to return to the deal unconditionally. They have shown little appetite for widening the scope of the deal to address its other shortcomings. If the United States wants either country to shift from this position, then presumably it would need to offer something in return.

There is an oft-cited maxim about not “fighting the last war,” but the same is arguably true for negotiating the last treaty. At some level, it is understandable that the Biden administration would want to turn back the clock and return to the JCPOA. But even if the deal was the right solution to the Iran nuclear problem when it was negotiated six years ago, any agreement would likely need to look different—not just because the Iranian nuclear program has evolved, but because the world has as well.

This commentary originally appeared on The Hill on March 1, 2021. Commentary gives RAND researchers a platform to convey insights based on their professional expertise and often on their peer-reviewed research and analysis.