The Biden-Putin Summit: Do the Risks Outweigh the Potential Rewards? 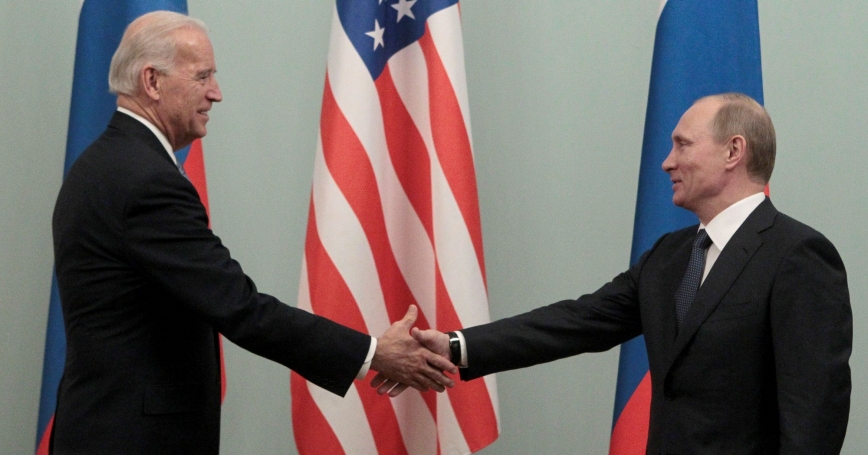 In his April 13 telephone call with Russian President Vladimir Putin, President Biden proposed that in the coming months they hold a summit in a third country. Foreign Minister Sergei Lavrov spoke of the proposal “positively.” In an initial meeting, major gains may be out of reach. Some progress might be possible, but the risks may be greater than at most previous summits.

Not since the early 1980s—when the Soviets fought a war of aggression in Afghanistan, secretly deployed SS-20 missiles against Europe and Japan, walked out of nuclear arms talks in Geneva, pressured Polish leaders to declare martial law and shot down KAL flight 007 from New York City to Seoul—have relations been so tense.

What are the main reasons?

A foundational issue is Russia's 2014 military invasion of Ukraine, the first use of force to seize territory in Europe since World War II. Russia seized and annexed Crimea and waged a simmering war in eastern Ukraine. Moscow's interference in the 2016 (PDF) and 2020 (PDF) U.S. presidential elections and its large-scale cyberattacks are frontal assaults on U.S. sovereignty. The United States and the United Nations condemn Russian combat air attacks on civilian targets in Syria.

Not since the early 1980s have U.S.-Russia relations been so tense.

There are other strains. Opposition leader Alexei Navalny's dire health in prison arouses anger in the West. The United States and Russia have slashed each other's diplomatic presence. Americans Trevor Reed and Paul Whelan are jailed in Moscow, which U.S. Ambassador to Russia John Sullivan strongly criticizes.

Some tensions have lessened. The Kremlin has promised to withdraw some troops near Ukraine's border, and it allowed independent medical experts to examine Navalny. U.S. withdrawal in 2019 from the Intermediate-range Nuclear Forces Treaty (INF) has ended a dispute over Russia's violation. A long pause in NATO's admission of post-Soviet states (the Baltics joined in 2004) may have lessened Russian angst.

In the early 1980s when relations were this bad, President Reagan did not seek to meet with hidebound Soviet chieftains. They “kept dying on me,” he said later. Reagan waited until a liberalizing leader, Mikhail Gorbachev, came to power. They first met in Geneva in 1985.

Biden could await a liberalizing leader, but one might not emerge soon. With Russia's policy toward the United States so harsh, at any summit Biden may have to prepare for downside risks.

Despite these risks, opportunities for summit gains could emerge. Biden and Putin might usefully reverse some cuts in diplomatic presence, promote cultural and educational ties, agree to exchange several prisoners, and foster trade and investment in unsanctioned sectors.

Building on discussions at the April 22–23 virtual Leaders Summit on Climate, Biden and Putin might also call for intensified talks on climate change, led on the U.S. side by former Secretary of State John Kerry, and for more cooperation in the Arctic Council. Russia's militarization of the Arctic is a U.S. concern.

Biden and Putin have decades of experience in diplomacy, and perhaps in their talks they can cut to the chase quickly.

Summits can help leaders get to know and take a measure of each other. At Geneva, Reagan and Gorbachev had long and friendly talks. Talks between Biden and Putin may be less warm, but perhaps no less useful. Both have decades of experience in diplomacy, and perhaps in their talks they can cut to the chase quickly.

Further bumps in the road could impede a summit. If Navalny were to die in prison, Biden might have to cancel it. Russia's six-month ban on Ukrainian shipping in the Azov Sea, a vital artery, could burden relations. Further U.S. sanctions could cause Russia to drag its feet. On balance, however, the Kremlin may view a summit as helping to legitimize its rule and policies.

This commentary originally appeared on The Hill on April 27, 2021. Commentary gives RAND researchers a platform to convey insights based on their professional expertise and often on their peer-reviewed research and analysis.