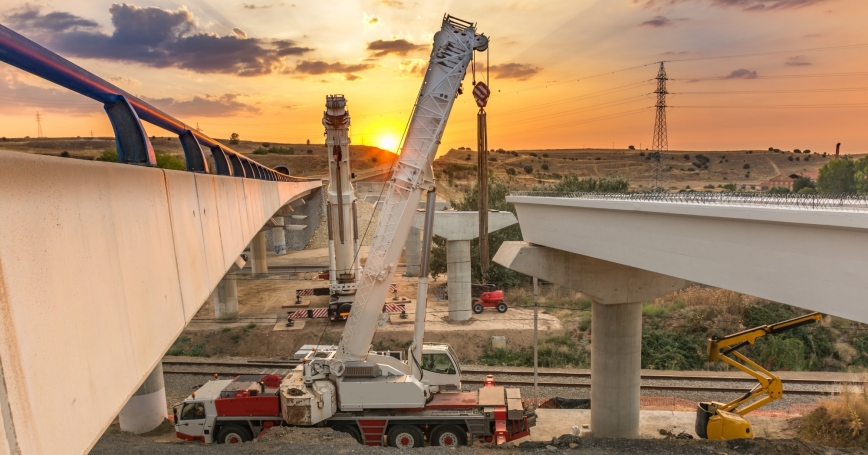 The current federal push for a historic investment in the nation's infrastructure comes at a time when America's roads, bridges and other public resources and services appear to be suffering from a chronic resilience deficit. The recent cyberattack on a major oil pipeline, February's collapse of the Texas electricity grid (PDF), and the persistent effects of Hurricane Maria on Puerto Rico all appear to reflect gaps in resilience. These events also underscore the fact that much of the nation's infrastructure was built under the assumptions of the past and apparently false expectations about the risks of the future. Rapid changes in infrastructure as well as the threats to which it is exposed are creating new challenges for resilience.

The American Jobs Plan could provide a much-needed boost to resilience. Investing more in infrastructure resilience (PDF), the ability to reduce the impacts of disruptive events, could generate dividends in terms of avoiding damages. As a result, investments in resilience tend to pay for themselves over time. However, generating those dividends will necessitate not only large infrastructure funding packages, but also thinking critically about how and where those dollars are used. Translating these investments into resilience could require progress on four fronts.

First, a national framework for prioritizing investments in infrastructure that address resilience needs that are critical to the nation's security and prosperity may be needed. In so doing, ensuring that investments flow not only to the haves, but also to the have-nots in rural, disadvantaged, and minority communities could be important. Balancing these interests could mean developing criteria that can be used to prioritize investments, as well as enable downstream assessment of their performance. For example, President Biden recently announced a doubling of the budget for the Federal Emergency Management Agency's (FEMA) Building Resilient Infrastructure and Communities (BRIC) program which supports state and local disaster resilience efforts. BRIC uses criteria (PDF) for determining the merits of a disaster mitigation project. Extending such criteria across federal funding programs and developing a transparent set of national priorities that support the well-being of the American people could be critical for steering the nation toward resilience. As noted in the American Jobs Plan, this could mean having buildings that can stand up to extremes of weather, computer systems that deny accesses to hackers, as well as a social safety net that can provide for the health, safety, and employment of Americans during tough times.

It might be useful to rethink how infrastructure for the next century is designed to better prepare it for the current and future threats while also adding flexibility and redundancy.

Second, it might be useful to rethink how infrastructure for the next century is designed to better prepare it for the current and future threats while also adding flexibility and redundancy. American infrastructure systems, such as seawalls and levees, are designed to hold up under stress, but as we've seen, such systems invariably have their breaking point. From the levees of New Orleans to the Deep Water Horizon oil spill (PDF), disasters are often punctuated by infrastructure failures. Mitigating the risks of failures, but also making infrastructure safe-to-fail, might reduce the likelihood of disasters turning into catastrophes.

What is currently lacking are resilience codes, standards, and certifications for resilient design to convert the nation's talk about resilience into meaningful action. The 2015 Fixing America's Surface Transportation Act, for example, requires consideration of resilience in planning, but stops short of recommending how resilience should be incorporated into transportation planning. More recently, the Transportation Research Board tasked RAND Corporation to develop a framework for incorporating resilience into the Federal Highway Administration's planning guidance. This reflects emerging federal efforts to operationalize resilience in infrastructure development, but that process is struggling to keep up with the speed of change in not only infrastructure, but also the environment, technology, and society.

Third, there may be a need to enhance coordination among the public and private sectors. Building resilience may require interventions that span capacity building, codes and standards, threat forecasting, emergency response, and long-term recovery. At the federal level, some of these responsibilities lie within different agencies of the Department of Homeland Security (DHS), such as FEMA. FEMA personnel already are stretched thin supporting recovery efforts from recent disasters. However, resilience is ultimately a shared responsibility involving multiple federal, state, local, and territory agencies working in partnership with businesses and nonprofit organizations. Coordinating among these various partners may be necessary to avoid duplication among resilience investments—both pre- and post-disaster—and ensure equity in how resources are distributed. Finding itself similarly struggling to keep up with recurring disasters, the Australian Government recently launched a national resilience agency to centralize coordination of resilience and disaster recovery efforts.

Fourth, a system for monitoring the status of the nation's infrastructure could be needed. While national emergencies like COVID-19 are rare, infrastructure systems are routinely exposed to regional and local threats such as extreme weather events, cyber attacks, industrial accidents, and domestic terrorism. Since 2019, the National Risk Management Center (NRMC) in DHS has been using 55 National Critical Functions (NCFs) as tools for managing infrastructure risk. The NCFs represent infrastructure services—ranging from medical care, to power and water, to law enforcement—that are considered essential to the security, economic prosperity, and public health and safety. The NCFs have been used during the COVID-19 pandemic to monitor risk and anticipate mitigation efforts, but could be readily applied to other threats such as hurricanes or climate change.

The task at hand for the White House and the Congress may be to translate the vision of the American Jobs Plan into meaningful action. The nation's capacity to anticipate, mitigate, and bounce back from disasters is incommensurate with the number and diversity of threats to which it is now exposed. The infrastructure investments we make today to recover from the pandemic can help boost the nation's resilience for decades to come. Ensuring these investments can continue to protect the nation from shifting threats over the next 50–100 years will require us to think beyond what we've done in the past.